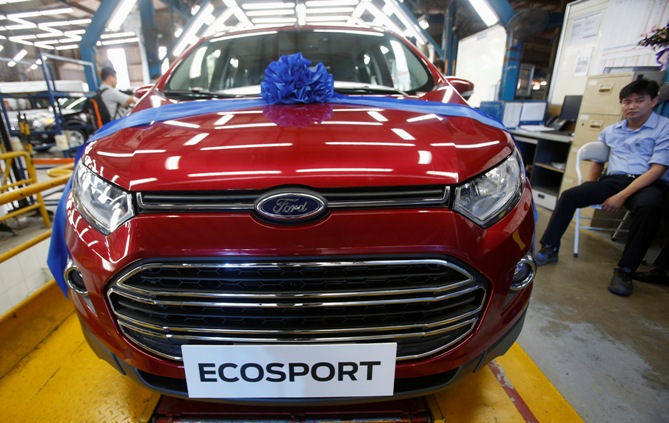 Ford, which had announced to quit the Indian market last year, said it was exploring the possibility of using one of its plants in India to produce electric cars for exports. As many as 20 applicants have been approved under the “champion OEM incentive scheme” of the production-linked incentive scheme for India’s automotive sector. Major four-wheeler manufacturers, such as Hyundai, Suzuki, Kia, Mahindra, Ford, and Tata Motors, and top two-wheeler makers Bajaj Auto, Hero MotoCorp, and TVS Motor have been shortlisted.

The ministry of heavy industries said the scheme has been a huge success in view of the overwhelming response and the Rs 45,016 crore worth of cumulative proposed investment by approved applicants.

Arun Goel, secretary at the ministry, said applications for the component champion incentive scheme to incentivise auto component makers are being processed separately. The government has received 92 applications in this regard, he noted.

The PLI scheme for the automobile sector proposes financial incentives of up to 18 per cent to attract investments in the indigenous supply chain of advanced automotive technology products.

Among the surprises was the selection of Ford Motors, which had announced to quit the Indian market last year. The company said that it was exploring the possibility of using one of its plants in India to produce electric cars for exports.

When asked if the company may consider selling electric cars in India as well, a Ford India spokesman said, “There have been no specific discussions on this right now, but it is not out of the realm of future consideration.”

The PLI scheme for automobile and auto components (Rs 25,938 crore) and the PLI for advanced chemistry cell (Rs 18,100 crore), along with the FAME scheme (Rs 10,000 crore), are aimed at enabling India to leapfrog to an environmentally cleaner, sustainable, advanced, and more efficient electric vehicle (EV)-based system.

A total of 115 companies had filed their application under the PLI scheme for the automobile and auto component industry in India, which was notified on September 23, 2021.

These incentives are applicable under the scheme for determining sales of AAT products (vehicles and components) manufactured in India from April 1, 2022, onwards for a period of five consecutive years.

Tata Motors, which has set up a separate unit for EVs and has attracted investments from private equity giant TPG Rise, said the scheme will help them to fasten its journey towards sustainable mobility.

“We are committed to shaping India’s vehicular landscape with smart and sustainable mobility solutions powered by new-age technologies… and this opportunity will help us drive this with even greater vigour,” it said.

Bajaj Auto said that it plans to invest Rs 1,000 cr under the PLI scheme primarily to accelerate EV production.