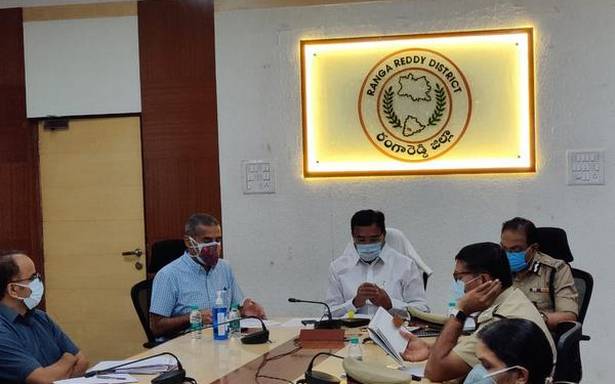 Officials told not to book cases for “simple and rectifiable mistakes”

Minister for Agriculture S. Niranjan Reddy has asked the task force teams comprising police and agriculture officials working against the spurious seed menace to focus on the repeat/habitual offenders and not to register cases on “mistakes” which could be rectified by seed dealers and companies.

At a virtual meeting held on Saturday with district-level teams of the task force along with Director General of Police M. Mahender Reddy, Agriculture Secretary M. Raghunandan Rao, Inspector General of Police Y. Nagi Reddy, Managing Director of Seed Development Corporation K. Keshavulu, the Minister said that the recent efforts of the task force had created fear among spurious seed producers and sellers.

He suggested that task force teams register cases for reasons such as receipts of seed sold not having the signature/stamp of the seller but at the same time be stern against those indulging in corrupt practices. Lack of signature on the receipt would not mean that the seed sold was spurious and cases of cheating under Section 420 of the IPC should not be booked, the Minister said and direct the sellers to sign the receipts.

Stating that 346.8 tonnes of spurious seed was seized during raids on poor quality seed sellers and producers (companies) by registering 177 cases and arresting 276 for indulging in the illegal activity, the Minister said Preventive Detention Act was invoked against 32 persons as they had been repeating the offence and all of the them belonged to either Andhra Pradesh or Maharashtra.

However, he told the officials to be tough against those selling poor quality seed, seed that crossed expiry date, herbicide tolerant (Ht) cotton seed and those selling seed without licence.

The DGP asked the task force teams to open history sheets against those booked under the PD Act.