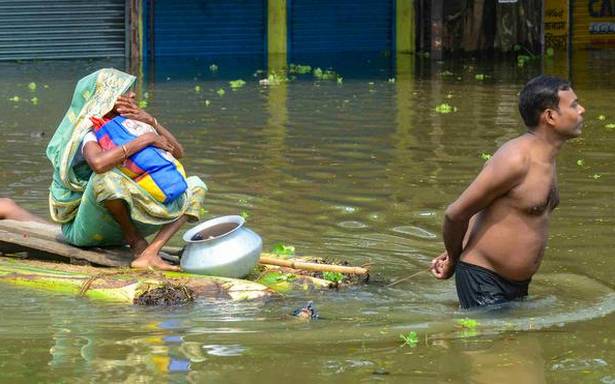 The Army has been called in to assist the civil administration in its flood relief operations in Hooghly and Howrah districts of West Bengal, a defence official said here on Tuesday.

Five columns of the Indian Army from Kolkata military station, each comprising around 50 personnel, have been engaged in relief operations in Udaynarayanpur block of Howrah and Arambagh, Pursura and Khanakul areas of Hooghly district, he said.

"All intrinsic resources are being provided by them," the official said.

Earlier, too, relief and rescue operations were carried out in the state by the Army after vast stretches of rural and urban areas went under water owing to very heavy rainfall, he said.

Seven Army columns were deployed in south Bengal on October 1 – two each in West Bardhaman and Howrah and three in Hooghly, he said.

They were also tasked with the responsibility of distributing food packets to distressed populations, the official said, adding that additional columns are on standby for further eventualities.