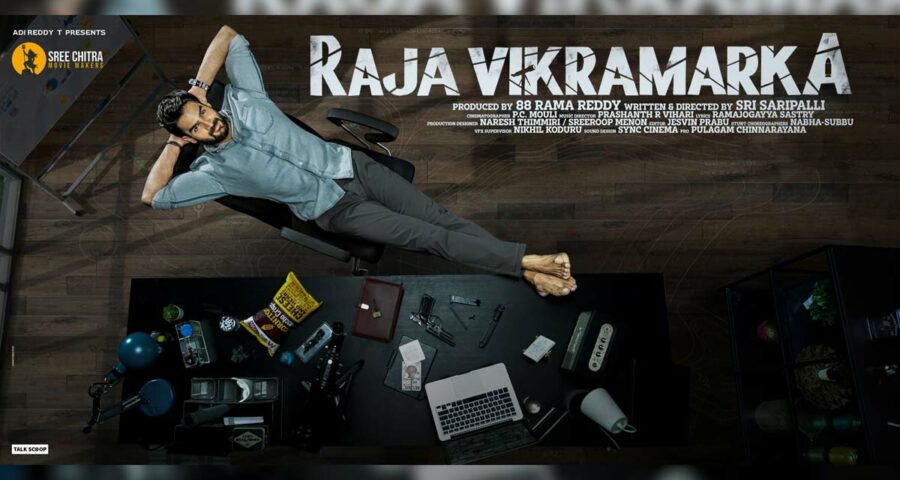 The young actor Kartikeya who is known for acting in RX 100 and Guna 369,  took to social media to announce the title and first look poster of his upcoming film, which is titled Raja Vikramarka  and it is directed by Sri Saripalli.

The first look poster of Kartikeya starrer Raja Vikramarka was unveiled by Sandeep Reddy Vanga of Arjun Reddy fame. In this film, Kartikeya is playing the role  of a newly recruited NIA officer.

Tanya Ravichandran is on the board to play the female lead and Raja Vikramarka marks her debut in Telugu film Industry. It is bankrolled by Rama Reddy, and has music by Prashanth R Vihari.

Apart from the lead pair, the film also has Tanikella Bharani, Pasupathy, Sai Kumar, Sudhakar Komakula and Harsha Vardhan in the supporting roles.

Kartikeya starrer Raja Vikramarka is touted to be a sleek investigative thriller.

On the otherside, Kartikeya is making his debut in Kollywood with the film Valimai in which Thala Ajith Kumar is playing the lead role under the direction of H Vinoth.  The major part of the shoot of this actioner drama has been wrapped up It  is produced by Vakeel Saab fame producer Boney Kapoor under his production venture, Bay View Projects.