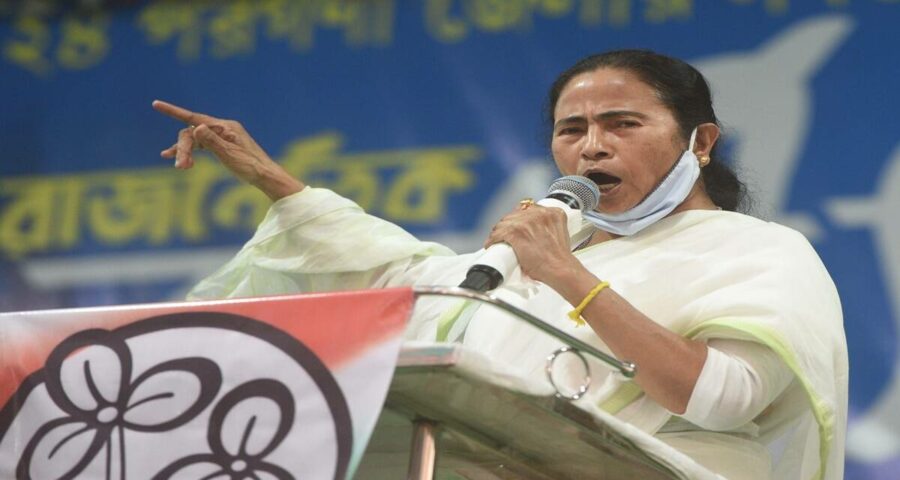 Mamata also exuded confidence that the TMC will break all records, get most of the votes and win the highest number of seats in the upcoming Bengal polls. West Bengal Chief Minister Mamata Banerjee Thursday hit back at Union Home Minister Amit Shah on his “Didi-Bhaipo” jibe, challenging him to first contest against her nephew and TMC leader Abhishek Banerjee in an election, and then ‘think of fighting’ her.

Addressing a rally in Pailan in South 24 Parganas shortly after Amit Shah launched the BJP’s fifth ‘Parivartan Yatra’ in the same district, Banerjee said Abhishek is an elected representative of the people. She said Abhishek could have taken the easy route of becoming an MP by choosing to be a Rajya Sabha member, but chose to fight the Lok Sabha election and got the people’s mandate.

“Day and night they are talking about Didi-Bhatija. I challenge Amit Shah, contest against Abhishek Banerjee first and then me,” she said, amid loud cheers from TMC supporters.

Further, in a direct attack on the Union minister, she asked: “How come your son became a part of the cricket administration and made hundreds of crores of rupees?”

Mamata also challenged Amit Shah to get his son into politics.

She exuded confidence that the TMC will break all records, get most of the votes and win the highest number of seats in the upcoming Bengal polls. 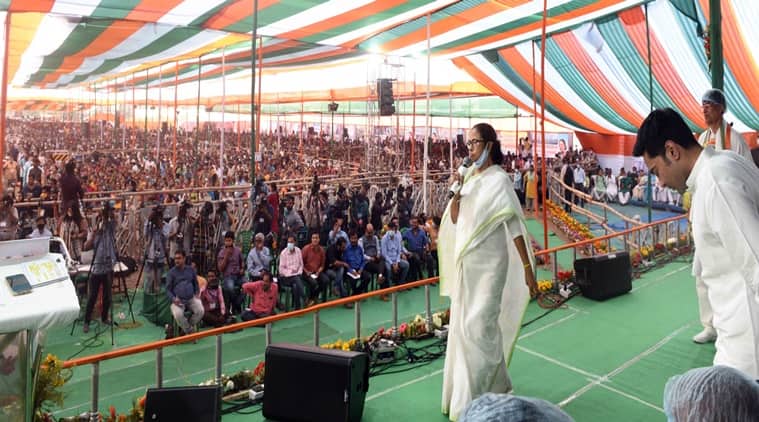 This is for the first time in the run-up to the assembly elections that Banerjee and Shah have held rallies in the same district and more or less at the same time.

Earlier in the day, Amit Shah flagged off the final leg of the BJP’s five-phase ‘Parivartan Yatra’ in South 24 Parganas district of West Bengal.

Alleging that the TMC government has introduced a “cut-money” culture in West Bengal, he had said that the BJP’s fight is to end it and take the state on the path of development if voted to power in the upcoming assembly polls.

Election to the 294-member state Assembly is expected in April-May this year.