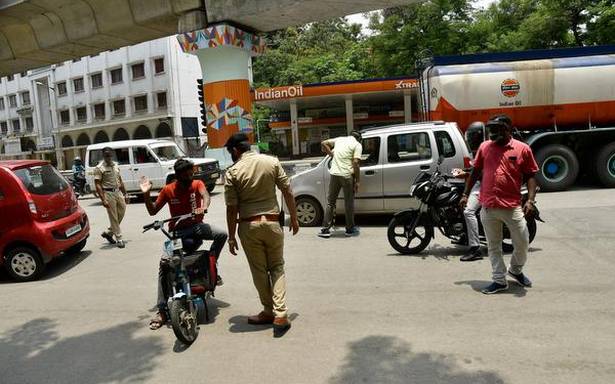 Fire response personnel rescued seven persons from a four-storey hotel in the centrally located Trinity Circle that was gutted on September 13 night.

Furniture and other valuables worth lakhs of rupees were destroyed in the fire at Ajanta Trinity that broke out at 10 p.m. An autorickshaw and a four-wheeler parked in the basement were also gutted.

The hotel has 96 rooms, but most were unoccupied. The hotel had two guests.

Fire personnel said fire engulfed the basement and ground floor while smoke covered the rest of the two floors. Three fire tenders rushed to the spot and put out the fire. The fire response personnel rescued two guests and five employees who were in the premises.

An auto and a four-wheeler, parked in the basement, were gutted in the fire at Ajanta hotel at Trinity Circle in Bengaluru on September 13, 2021.

“Had the fire spread to the adjacent building, the damage would have been more,” a fire officer, said .