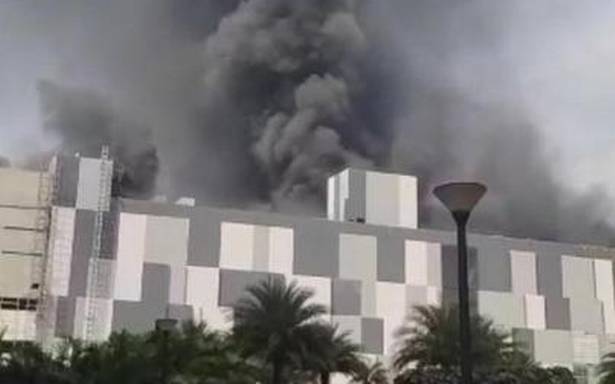 An under-construction building at Konanakunte in Bengaluru caught fire on January 8 morning causing panic in the area. No casualties have been reported. As thick smoke engulfed the area, people ran out of their houses. Motorists, too, found it difficult to drive as visibility was low.

Three fire tenders along with the police personnel rushed to the spot. Initial inquiries revealed that styrofoam, used for the interiors, could have caused the fire to spread. “However no one was injured and fire has been put out completely,” a police officer said. The building has been under construction for two years, and was reportedly scheduled to be inaugurated in March 2022.