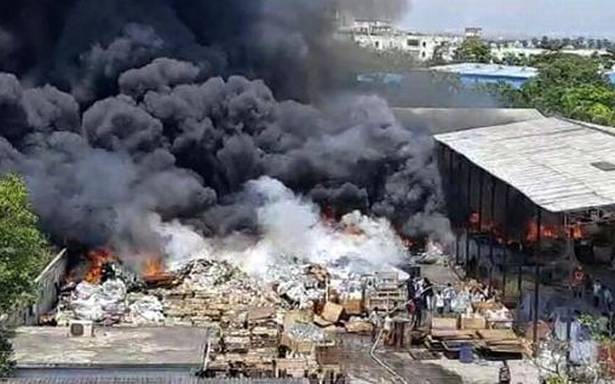 Mild tension prevailed as thick smoke and flames engulfed the surroundings due to the fire. Fortunately, there were no casualties and no person was injured in the mishap.

VSEZ Development Commissioner Ram Mohan Reddy has coordinated with Visakhapatnam Steel Plant (VSP), APSEZ, Ramky and other units for deployment of fire tenders. It took nearly three hours for the fire fighters to bring the flames under control. According to the preliminary information by the officials, the cause of the fire is suspected to be electric short-circuit.

The officials have constituted a committee with senior officers to enquire into the incident and to assess the damage caused and submit a detailed report to the district administration and all the departments concerned.