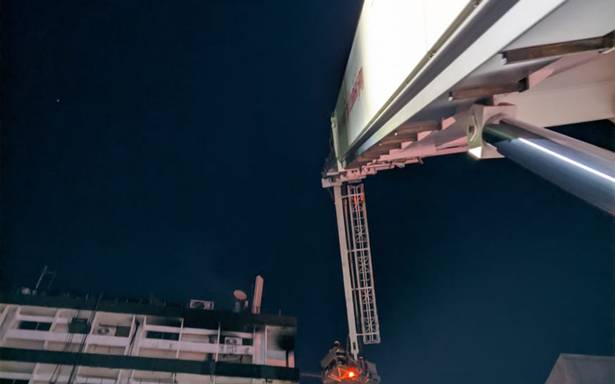 : Computers, peripherals, false ceilings were torched in a fire that broke out at an office of an IT firm in Nungambakkam.

Fire Control Room received the emergency call at 2.30 a.m from the Eldorado building located on Mahatma Gandhi Road, Nungambakkam. Immediately after receipt of the message, Fire and Rescue Services personnel reached the spot.

At the odd hours, thick smoke was seen emanating from the sixth floor of the building. Personnel from Kilpauk, Egmore and Teynampet were pressed into service. A 104 feet sky lift was also deployed along with water tenders and water lorries.

The fire was put out by the firemen after fighting for nearly one and half hours. Police registered a case to ascertain the cause of fire and investigation. The initial investigation suggested that the electric short circuit could be cause of the fire.