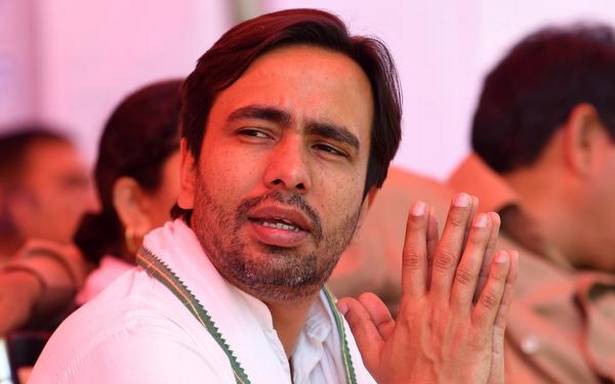 Jayant Chaudhary who has backed the agitation, sees revival of old social ties

The Rashtriya Lok Dal (RLD) has thrown its force behind the ongoing farmers agitation over the three contentious farm laws, with its leader, former MP Jayant Chaudhary, declaring an extended programme of mahapanchayats across western Uttar Pradesh till the first week of March.

Speaking to The Hindu, Mr Chaudhary said the farmers’ agitation had legitimate grievances and the coming together of all communities in the area was also repairing some of the breaches in the social fabric that had occurred during the 2013 communal riots in the districts of western U.P.

“These are questions of livelihood that are bringing people together now, the strongest glue that keeps society together. The social fabric that was rent in 2013, is repairing over these more fundamental questions,” he said.

“In all the mahapanchayats and public meetings that are being held, people are turning up on their own. Elections are still a year away, there is no candidate hiring buses for crowds to be brought in. People are turning up because the issue affects them fundamentally,” he said.

Mr. Chaudhary’s party, founded by his grandfather and former prime minister of India Chaudhary Charan Singh, had traditionally found its support base among both the Jat and Muslim peasantry in western U.P., with its politics hinging on agrarian issues. The 2013 communal riots in the area, however, polarised the two communities, with the RLD’s political fortunes being wiped out in the process. The BJP in fact did well in western Uttar Pradesh in the 2014 and 2019 General Elections as well as the 2017 Assembly elections as they managed to capture the Jat vote.

In the 2017 Assembly elections in fact, the BJP got 117 seats in the reaa, with the Samajwadi Party (SP) getting just 20, the Bahujan Samaj Party (BSP), which also had a traditional support base there, got three seats and the RLD just one.

The farmers’ agitation, far from being restricted to Punjab and Haryana, has also been strong in western U.P., recalling the old socio-political alliances. With that of course has also risen the recall value of the iconic farm leader Chaudhary Charan Singh with even Prime Minister Modi quoting him in his speech in Parliament in the just concluded first part of the budget session.

“I’m glad that Chaudhary Charan Singh’s legacy is being talked about. I would have preferred it if the government would walk that talk, and really do something to alleviate the situation of Indian farmers,” said Mr Chaudhary.

Whether the farmers’ agitation will prove a political inflection point in India’s most politically significant State, will, however, have to wait till the 2022 Assembly polls.