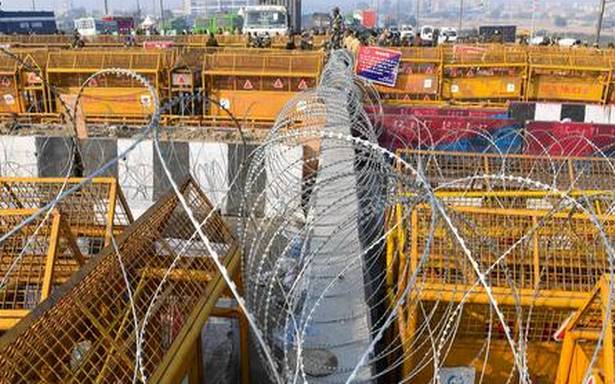 Event was planned in Delhi in support of farmer unions

According to workers’ groups, several trade union activists and leaders of the Delhi for Farmers forum were detained on Saturday morning, ahead of their planned event in the capital’s Shaheedi Park in support of farmer unions.

International Federation of Trade Unions national treasurer Animesh Das was picked up at 5 a.m. and detained by Kalkaji Police, according to All India Kisan Mazdoor Sabha general secretary Ashish Mittal. He alleged that police had also been posted outside the house of Pragatisheel Mahila Sangathan general secretary Poonam to prevent her movement.

All India United Trade Union Centre (AIUTUC), Delhi, secretary manager Chaurasia has been placed under detention in his house at Burari, according to a statement from AIUTUC, Delhi, president Harish Tyagi.

Their programme scheduled to be held at 12 noon at Shaheedi Park near the Income Tax Office (ITO) area was meant as a solidarity meeting to coincide with the chakka jam or road blockade protest call by the Samyukt Kisan Morcha, a joint front for protesting farmers.

The area saw chaotic and violent clashes between farmers and police during the Republic Day tractor parades.