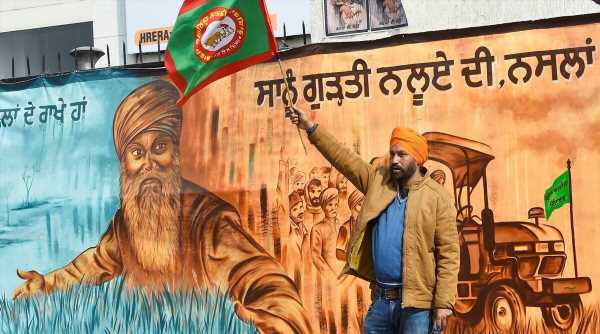 Farmers' Protest Live News Updates: The Samyukta Kisan Morcha Tuesday said that there could be no “formal” talks with the government until the multiple layers of barricading put up at the borders by the Delhi Police and the curtailment of internet services is lifted. 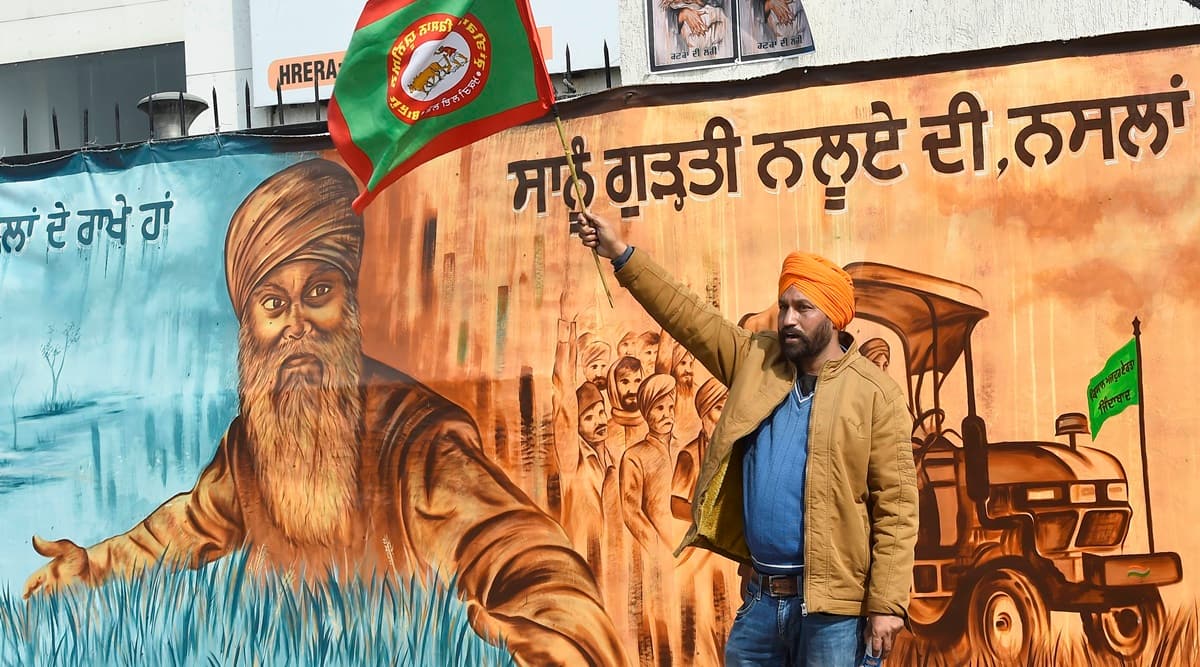 Farmers’ Protest Live Updates: Bharatiya Kisan Union (Tikait) leader Rakesh Tikait is going to address a farmers’ mahapanchayat called by Kandela khap at Haryana’s Jind district On Wednesday. Huge numbers of people in tractors, trolleys, and their personal vehicles are reaching the venue with the organisers claiming there would be more than 50,000 in attendance.

The farmers’ protest received international support as teen climate activist Greta Thunberg, pop singer Rihana, and US Vice President Kamala Harris’ niece come out in support against the Centre’s new agriculture laws. Reacting to this, the Ministry of External Affairs Wednesday said it was “unfortunate to see vested interest groups trying to enforce their agenda on these protests, and derail them.”

The Supreme Court on Wednesday refused to entertain a clutch of petitions demanding judicial investigations into the violence during the tractor rally in Delhi on Republic Day. The court also dismissed another petition seeking direction to the media not to declare farmers as ‘terrorists’ without any evidence.

Earlier on Tuesday, the Samyukta Kisan Morcha (SKM) said that there could be no “formal” talks with the government until the multiple layers of barricading put up at the borders by the Delhi Police and the curtailment of internet services is lifted. Tikait said the police barricading could not stop the farmers and they were ready to continue their protests till October-November.

Shortly after the Ministry of Home Affairs issued a statement condemning foreign celebrities supporting the farmers’ agitation in India, actor Akshay Kumar tweeted with hashtag #Indiaagainstpropaganda. “Farmers constitute an extremely important part of our country. And the efforts being undertaken to resolve their issues are evident. Let’s support an amicable resolution, rather than paying attention to anyone creating differences,” he tweeted.

Leader of Opposition and Congress leader Ghulam Nabi Azad on Wednesday asked the government to withdraw the three contentious farm bills without making it a prestige issue. Declaring that disrespect to the national flag cannot be tolerated, he also condemned the violence at Red Fort during the farmers’ tractor rally on Republic Day.

Participating in the Motion of Thanks to the President’s Address in the Rajya Sabha, he suggested that Prime Minister Narendra Modi himself should make the announcement on repeal of the bills.

“I urge the government to withdraw these three bills,” he said, and added that the government should set up a committee to find out the whereabouts of people “who have gone missing” during the farmers’ protest.

Highlighting the problems which farmers would face because of the new laws, Azad said government should not see repealing of the legislations as a “prestige issue”. Describing farmers as “annadata”, the Congress veteran said there was no point in confronting them. Instead, the government should focus on other important issues, including on revival of the economy. (PTI)

Delhi Chief Minister Arvind Kejriwal on Wednesday said his government will help trace the farmers missing from protest sites and if the need arises, he will approach the Lieutenant Governor and the Centre.

Kejriwal said that the Delhi government will also release a list of 115 persons lodged in different jails here in connection with the January 26 violence.

“We are releasing a list of 115 protesters who were arrested by police in relation to the Republic Day incident and are in different jails in the city. Our government will make every effort to trace the protesters who are missing and I will even speak to the Lt Governor and the central government if the need arises,” he said at a press conference.

A delegation from the legal team of the Samyukt Kisan Morcha met Kejriwal and presented him a list of 29 missing farmers. It also demanded a judicial inquiry into the alleged “conspiracy against the farmers’ protest” and a medical board to examine those in jail. (PTI) 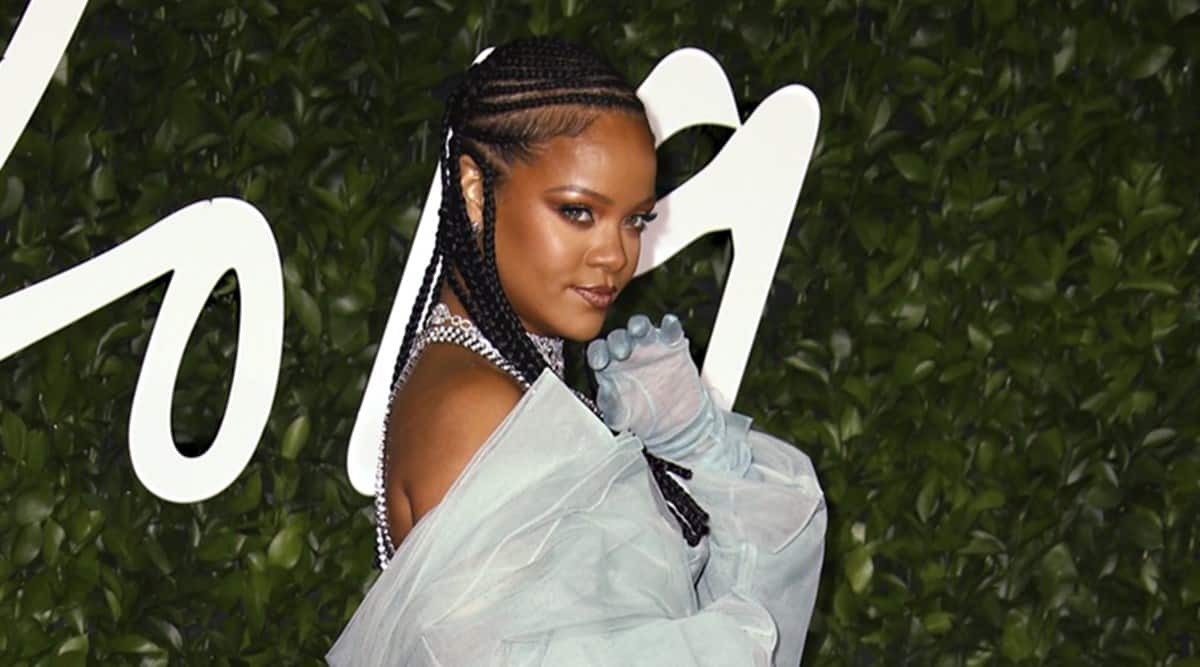 Soon after American pop singer Rihanna tweeted about the ongoing farmers’ protest in India, several other prominent international celebrities and activists have also extended their support to the farmer-led movement against the Centre’s contentious new farm laws. “Why aren’t we talking about this?!”, Rihanna tweeted on Tuesday, along with the hashtag ‘#FarmersProtest’.

Swedish climate activist Greta Thunberg also took to Twitter to share a news story about the internet shutdowns in Delhi. “We stand in solidarity with the #FarmersProtest in India,” the teen activist tweeted. Click here to know all international celebs who have supported the farmers’ protest 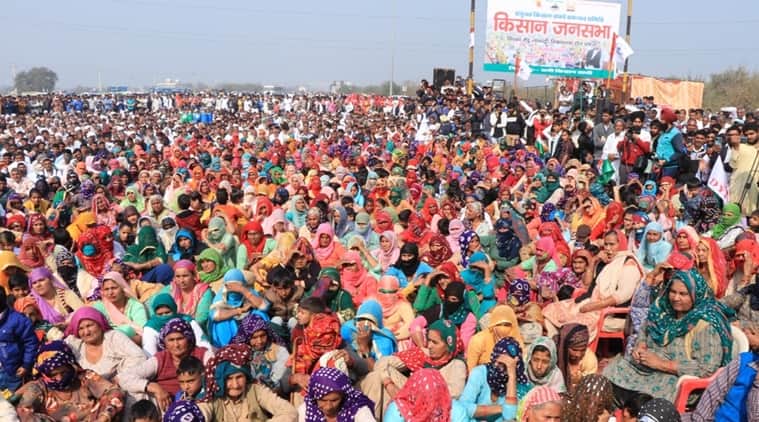 A large number of farmers, including women, turned up at a meeting of farmers at Landhdi toll plaza at Hisar- Sirsa National Highway on Tuesday. (Express photo)

Referring to the multiple layers of barricading put up at the borders by the Delhi Police and the curtailment of internet services, the Samyukta Kisan Morcha (SKM) said Tuesday that there can be no “formal” talks with the government until such “harassment” by the police and administration is “immediately stopped”.

At the Ghazipur border, BKU leader Rakesh Tikait said the police barricading could not stop the farmers and they were ready to continue their protests till October-November.

In a statement, the SKM said, “Increased barricading including trench-digging, fixing nails on the roads, barbed wire fencing, closing off of even internal roads, stopping internet services, orchestrating protests and facilitating the same through BJP-RSS workers, diversion of trains and stopping them before destination stations are all part of multiple attacks being organised by the government, its police and administration against the protesting farmers.”

At the Singhu border, farmer leaders demanded the release of the 122 people arrested by the Delhi Police over the past few days, most of them in connection with the violence on Republic Day. “The Delhi Police has released the list of 122 agitators who were taken into police custody. We demand their immediate release. We also condemn the attacks on and arrests of journalists who are covering the movement,” SKM’s Darshan Pal said, adding that they were concerned that many people at the protest sites had gone “missing”.