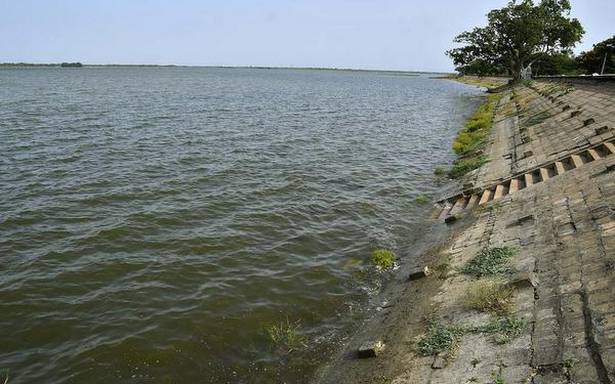 Though the tank has the capacity to store 1,465 million cubic feet of water, nearly one-third of the water body is filled with silt, farmers said

The Cauvery Delta Farmers Federation has called upon the State Government to desilt the Veeranam tank in Kattumannarkoil in the district and increase its storage capacity.

Though the tank has the capacity to store 1,465 million cubic feet of water, nearly one-third of the water body is filled with silt.

According to K.V. Elangeeran, president of the Federation, “Though the previous AIADMK government had allocated ₹40 crore for desilting the tank, the work was not done in a proper manner. The execution agencies in collusion with the authorities had however, claimed completion of work to secure the bills,” he said.

Farmers hope that the DMK government would take up the desilting work speedily and ensure that water released from Mettur dam reaches even the tail-end areas in the district, Mr. Elangeeran said.

The desilting of the tank will also rejuvenate the Vadavar channel, which brings water to the tank.

Once the work to desilt and deepen the tank is completed, an additional storage of 200 mcft will also be available to Chennai, Mr. Elangeeran added.