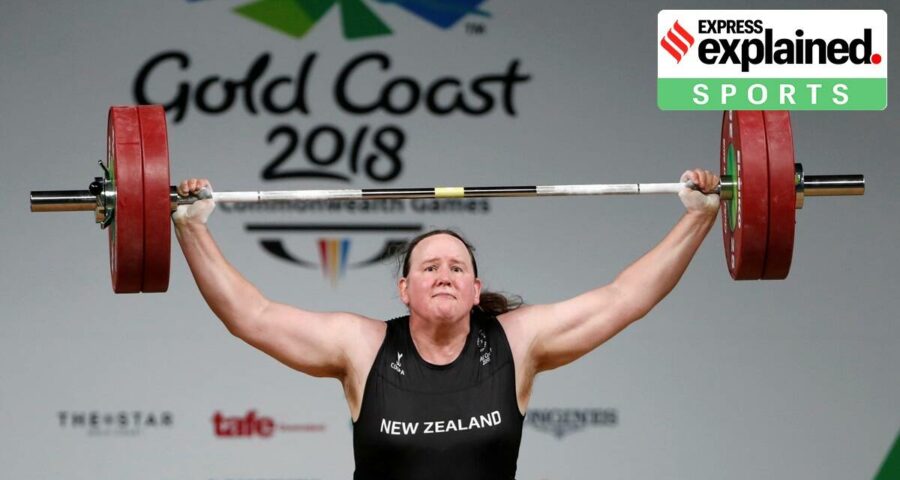 New Zealand weightlifter Laurel Hubbard has become the first openly transgender athlete selected for the Olympics. Hubbard, 43, had participated in the men’s category as Gavin before coming out in 2013. She will compete in the women’s 87-kilogram class in Tokyo.

Do rules allow trans athletes to participate in the women’s category?

The International Olympic Committee’s guidelines on transgender athletes allow those like Hubbard, who have made the transition from male to female, to compete if certain conditions are fulfilled.

Such athletes, to be eligible to compete in the women’s category, must keep their testosterone levels in the serum to below 10 nanomoles per litre for the preceding 12 months before a competition. The athlete will be monitored regularly and non-compliance could result in ineligibility.

How good is Laurel Hubbard in weightlifting?

Gavin Hubbard held the junior national record in the 105kg-plus class at one point, according to Olympic Weightlifting New Zealand records.

However, Laurel Hubbard’s list of achievements is way more impressive. At the 2017 World Championships in Anaheim, United States, she won the silver medal (+90 kg). She also bagged back-to-back gold at the Commonwealth Championships in 2017 and 2019 as well as titles at the biennial Oceania Championships during the same period. She also won the Pacific Games gold in 2019.

Has Hubbard’s participation prompted controversy in the past?

Ahead of the 2018 Commonwealth Games, Australian Weightlifting Federation’ chief executive raised an objection against Hubbard’s participation. Michael Keelan told the Australian Associated Press, “We’re in a power sport which is normally related to masculine tendencies… If you’ve been male and you’ve lifted certain weights and then you suddenly transition to female, psychologically you know you’ve lifted those weights before. I don’t think it’s a level playing field.”

Hubbard participated in the Commonwealth Games, but injured her left elbow while attempting a record of 132 kg in the snatch. She underwent surgery but bounced back at the 2019 Pacific Games in Samoa. Hubbard created a stir when she won the gold beating home favourites Feagaiga Stowers and Luniana Sipaia in the 87-kilogram category.

Have competitors objected to Hubbard participating in the women’s category?

Even before she was officially selected to represent New Zealand at the Tokyo Olympics, Hubbard’s potential competitors have been crying foul.

Last month, Belgium’s Anna Van Bellinghen said it would be a “terrible joke” if Hubbard was at the Tokyo Games. “Anyone that has trained weightlifting at a high level knows this to be true in their bones: this particular situation is unfair to the sport and to the athletes… Life-changing opportunities are missed for some athletes, medals and Olympic qualifications, and we are powerless,” Bellinghen told insidethegames.com. Are there other transgender women trying to qualify for the Olympics?

The United States’ CeCe Telfer, a transwoman athlete, hopes to qualify for the ongoing US Olympic trials being held in Eugene. Her pet event, the 400 metres hurdles, is on Friday. Though Telfer is No.28 (US track and field has accepted 27 entries based on timings), she could get a chance if the list is expanded keeping in view difficulties athletes faced when training due to Covid-19 restrictions.

Brazil’s Tiffany Abreu, a volleyball star, could make the cut when the women’s team is named for the Tokyo Games. Tiffany began to transition to a woman in 2012 after playing in the men’s professional league in Europe.

How have rules related to gender classification affected athletes in other sports?

In October last year, World Rugby became the first sports body to ban transgender women from participating in the Olympics and the Women’s Rugby World Cup citing greater risk of injury to those tackled by someone who has gone through male puberty before transitioning.

World Athletics introduced new eligibility regulations for female classification (Difference of Sex Development ) in April 2018, which required athletes to reduce their blood testosterone level to below 5 nanomoles per litre for a period of six months to be eligible to participate in the women’s category in races between 400 metres and a mile.

The rule affected the three podium finishers in the 800 metres at the Rio Olympics. At least one of these athletes will be competing at the Tokyo Games. Silver medallist Francine Niyonsaba of Burundi switched events and qualified for the 5,000 metres for next month’s Olympics. However, two-time Olympic champion in the 800 metres, Caster Semenya was unsuccessful in her attempts to qualify in the 5k. Her latest attempt at Regensburg, Germany, on Saturday was 47 seconds outside the qualifying standard.