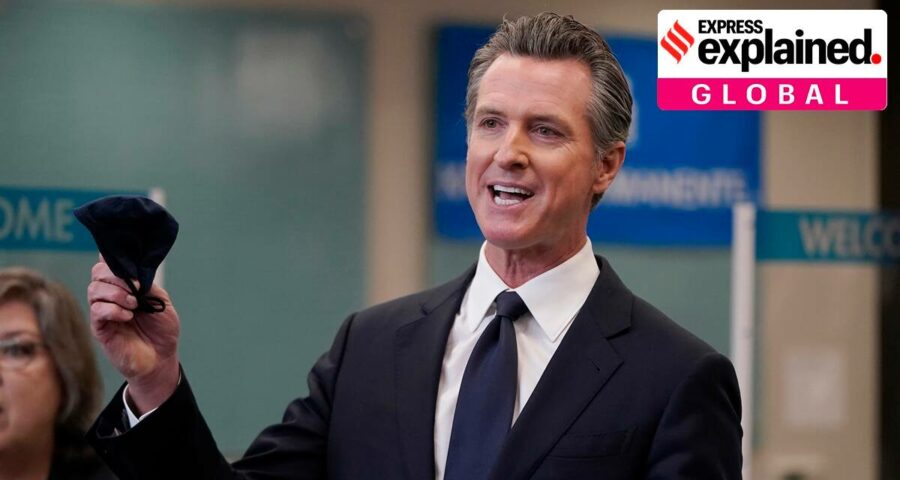 The election of a Republican governor in California could have immediate ramifications on the US Senate, where Democrats and Republicans both have 50 members. On September 14, voters in California– America’s most populous state and the most formidable bastion of President Joe Biden’s Democratic Party– will decide whether they want to oust their incumbent Democrat governor Gavin Newsom and replace him with a pro-Trump Republican, which some say could be a real possibility.

The Republican Party, which rarely wins statewide elections in the rich West Coast state, is looking at the opening as a chance to score a major symbolic victory here by capitalising on resentment against California’s Democrat administration. This could then help the right-wing party win control of the national legislature– the Senate and the House– in countrywide elections next year.

What does a recall election mean?

A recall election essentially takes place to oust someone who is currently in elected office. Different places around the world have different rules on who can be recalled, and what conditions should be fulfilled for a recall election to take place.

In India, rights to recall exist in some states at the panchayat and municipal levels, but in the US, citizens are empowered to replace not just local level officials, but even senators (parliamentarians) and governors (equivalent to chief minister). In the US, California is among 20 states that allow voters to recall a sitting governor, as per an Associated Press report.

In California’s recall election, voters are asked two questions – first, whether they want to replace an elected representative (in this case, the governor), and two, if yes, who the replacement should be.

In the first question, if a majority of voters choose to remove the incumbent official, it leads to the latter getting “recalled”. If this happens, the person who wins the highest share of votes among the list of challengers in the second question is declared the victorious replacement.

Why are Republicans optimistic about winning through this process?

In the two-question system, the winning replacement only has to get the highest number of votes cast in the second question– even if that means garnering only a fraction of the votes received by the loser of the first question, i.e. the ousted incumbent.

Some have argued that this is unconstitutional, since a challenger gets to become governor only by winning question two on plurality– and not through a popular statewide vote that the ousted incumbent had won by a majority. The Republicans, who lack overwhelming support in the deeply Democratic state, are looking forward to this because they had last broken a Democrat winning streak by the same process in 2003, when their candidate Arnold Schwarzenegger won a recall election with only 48.6% of the vote. The actor-turned-politician then served as governor until 2011, when the Democrats again occupied that post.

Democrats are worried about pent-up anger among Californians against their state’s aggressive pandemic restrictions, as well as their party’s older policies such as high taxes and water rationing to combat intense droughts. High housing prices have also sparked resentment.

In offering an alternative to voters, Republicans are giving the example of states that they are ruling, such as Texas and Florida, whose conservative governors have ensured low regulation and opposed mask mandates. 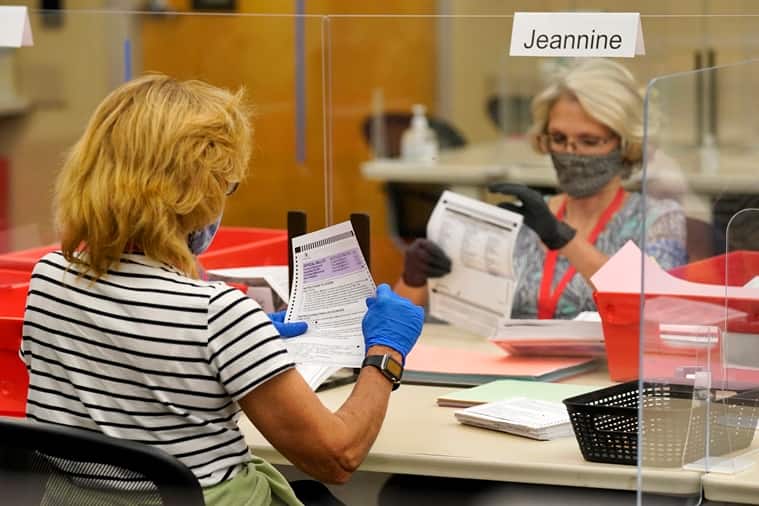 Another cause of worry for the Democrats is anger against their governor, Gavin Newsom, who drew flak last year after dining at an exclusive restaurant in Napa Valley with friends and lobbyists, despite himself mandating Californians to stay home for safety.

What could a Republican victory mean for national politics?

A conservative victory in California could lift Republican spirits, after losing the White House and both houses of legislature to the Democrats. They are now campaigning to win some of their power back in the midterm elections of November 2022.

As per a New York Times podcast, the election of a Republican governor in California could also have immediate ramifications on the US Senate, where Democrats and Republicans both have 50 members, and Biden’s party only holds to power because of Vice President Kamala Harris’s tie-breaking vote.

This is because, as per the podcast, California’s long term Senator Dianne Feinstein is expected to retire before her term ends, and if she retires before that, the governor gets to name her replacement. If such a scenario were to occur, a Republican governor would be able to deliver to his party the Senate with a 51-49 majority.