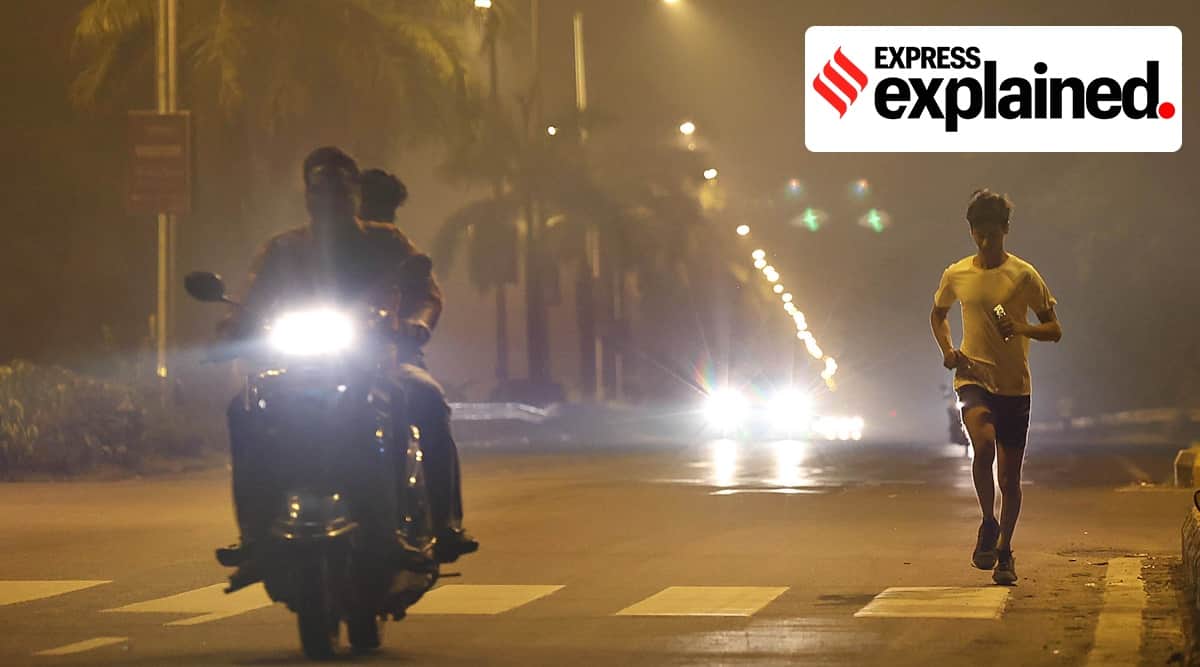 Over the past three days, Colaba and Mazagaon in South Mumbai have emerged as the most polluted localities in the city, with the air quality index (AQI) exceeding 330 — indicating “very poor” air — as per data from the System of Air Quality and Weather Forecasting And Research (SAFAR). SAFAR has a network of 10 monitoring locations across Mumbai.

Colaba’s AQI was 370 on Tuesday and 320 on Wednesday, while Mazagaon recorded AQI 331 on Tuesday and 316 on Wednesday, falling in the “very poor” category. In comparison, areas further interior in both the eastern and western suburbs of the city recorded “moderate” Air Quality — Borivali 133, Andheri 140, Chembur 183.

According to Dr Gufran Beig, Founder-Project director of SAFAR, during the onset of winter, in areas close to the sea such as Colaba, the temperature is always 1 to 2 degree lower than in other areas of the city. But the low pressure in the Arabian Sea is causing the temperature to increase slightly, to the point where the air is becoming just humid enough to hold more particulate matter in place.

The sea salt in water vapour tends to react with other pollutants like PM 2.5, and sulphur oxides from vehicles that are already present in the air, to create secondary pollutants.

When wind speeds are slow, these secondary pollutants add to the pollution load. Beig added that PM2.5 (a prominent pollutant in Mumbai) is highly susceptible to sea salt particles.

The sea breeze over Mumbai usually keeps the air clean. But wind speed has been low or stagnant for three days. Thus, emissions from road and metro construction activities and vehicular movement are getting trapped in the air, raising the AQI. Vehicular emissions are the biggest contributor to the city’s poor air quality, a source estimation analysis by SAFAR has found.

Other than high on-road vehicular emissions, the sea coast right up to Mazagaon has high movement of diesel fume-emitting cargo ships, boats and fishing trawlers, contributing to the pollutants.

Ronak Sutaria, the founder of Respirer Living Sciences, said, “The weather department data shows that wind conditions from November 14 to 16 were stagnant, which results in more localisated pollution.”

Sutaria pointed out that the two air quality monitoring stations in Colaba– of SAFAR and MPCB— are showing a variation of around 50 per cent in the Particulate Matter 2.5 levels and correspondingly in the AQI calculated from two stations. “This shows the hyper-local nature of the air pollution, where even one small region can show a considerable variation due to localised nature of pollutants combined with the micrometeorological conditions (weak wind speed),” added Sutaria.

In the first 12 hours on Wednesday, the AQI levels in Colaba and Mazagaon began to drop with the slight increase in the wind speed.

According to former NEERI director Rakesh Kumar, levels of traffic-related air pollution can be substantially elevated along a road surrounded by tall buildings. This is called the Urban Canyon Effect. The canyon effect occurs when tall buildings flank both sides of city streets, restricting air movement. Eventually, this increases the concentration of pollutants in the ambient air.

“During this transition period (from the Mumbai monsoon to the winter) we get slow or static wind speed. The build-up of pollutants in the locality (Colaba) could be because of the urban canyon effect,” Kumar said.

Another factor is that the combination of low temperature and high humidity bring the inversion layer lower in areas like Colaba and Mazagaon. In the Inversion layer of the atmosphere there is a temperature inversion, with the layer tending to prevent the air below it from rising, thus trapping any pollutants that are present. This occurs most often when a warm, less dense air mass moves over a dense, cold air. The inversion layer does not allow pollutants to escape, thus trapping them closer to the ground.

And what is Air Quality Index?

AQI is a mean of pollutants such as particulate matter (PM2.5 and PM10), ozone (O3), nitrogen dioxide (NO2), sulphur dioxide (SO2) and carbon monoxide (CO) emissions as a single value. The higher the AQI value, the greater the level of air pollution and the greater the health concern. AQI is recorded by SAFAR, an organisation that integrates the measurement of air quality with weather forecasts.