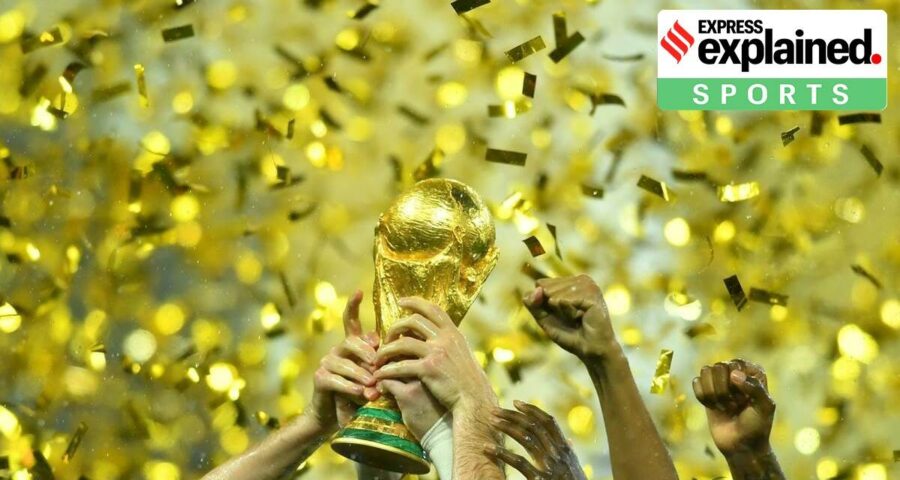 In a move that could have a profound impact on the global football structure, FIFA is considering conducting its flagship tournament every two years instead of four. Since 1930, when the first edition was held in Uruguay, the football World Cup has been staged every four years. The women’s competition, launched in 1991, followed the same time gap between the two editions. Soon, however, that could change.

In a move that could have a profound impact on the global football structure, FIFA is considering conducting its flagship tournament every two years instead of four. During its annual congress on Friday, an overwhelming majority of nations voted in favour of carrying out a feasibility study on changing the current four-year cycle.

The move is still in nascent stages but it comes on the back of reforms of similar nature as the push to gain control of the football calendar gets stronger from every side.

Whose proposal was it to change the four-year cycle of the World Cup?

On Friday, the proposal to launch a feasibility study to determine the viability of the idea was tabled by Saudi Arabia. When it was put to vote, 166 out of FIFA’s 209 member nations voted in favour while 22 were against. Before this, however, it was former Arsenal manager Arsene Wenger, now FIFA’s director of development, who put forth this suggestion in March this year.

Is it the first time such an idea has been mooted?

No. Former FIFA president Sepp Blatter made a similar push in 1999. There was a fierce backlash, mainly from UEFA, European football’s governing body. Blatter, however, rebutted the criticism and said changing the World Cup cycle to every two years was necessary to ‘boost national team football’. He also claimed that the 16-year wait for a continent to host the World Cup after staging it once was too long a gap. His idea, though, did not find many takers back then.

What are the arguments made in favour of the proposal this time?

FIFA and other proponents of this idea have downplayed obvious monetary motivations — having two World Cups in four years would substantially increase revenue opportunities.

Wenger, in an interview with Le Parisien, said there was a need to reorganise the football calendar “in line with the evolution of society”. One of his ideas was to “probably organise the World Cup and the Euro every two years and stop everything else.”

FIFA president Gianni Infantino, while claiming there was room to make changes to the international calendar after 2024, said having a biennial World Cup will help countries outside Europe to play more meaningful games. “In Africa, out of 54 countries, only five qualify for the World Cup. If you don’t qualify what are you doing for the next four years? Nothing?” he questioned.

Wouldn’t a World Cup every two years be overkill?

That is one of the biggest arguments against this idea. Many fear that staging a World Cup every two years would devalue the tournament. At the moment, the World Cup is one of the most coveted tournaments because teams prepare and wait for it for four years. This was a concern even in 1999 when Blatter made the proposal. “Waiting for it increases the value of it,” former England footballer Bobby Charlton had said back then.

Wenger, however, held a contrary opinion. “The Champions League is held every year and it’s very prestigious. People want to see matches that matter, competitions that matter,” he was quoted as saying by Le Parisien.

But wouldn’t this impact other competitions, especially the continental championships?

A World Cup every two years would certainly spell the end of international friendlies, which are considered meaningless anyway. In the case of a biennial tournament, most of the international dates would be taken up by qualifying matches.

But a bigger impact would be on the continental championship, and this is the reason why UEFA — which conducts the Euros — is likely to oppose this move. UEFA conducts the Euros, considered to be one of the toughest and most lucrative global football tournaments after the World Cup, every two years after the World Cup. If FIFA makes its showpiece event biennial, there could potentially be a clash between the two biggest international football tournaments.

The Copa America, although held irregularly, is conducted during the same window as the World Cup. So a World Cup every two years will also force the South American nations to take a look at their calendar as well. The African Cup of Nations is held every two years while the teams from Asia have the Asian Games and Asian Cup to fight for during the four-year gap between the World Cups.

Will this increase the player workload?

Ironically, FIFA’s proposal comes towards the end of arguably the most gruelling and congested season worldwide. A World Cup every two years would mean more matches – in the qualifying stages as well as the main tournament.

These will be in addition to matches in most other tournaments – the World Cup has already been expanded to 48 teams starting 2028, the regional tournaments have included more teams, FIFA has announced a bloated Club World Cup starting this year while UEFA has rejigged the Champions League format, resulting in players playing more matches. In addition, the UEFA started the European Nations League in 2018, a biennial tournament.

This means clubs will have to release their players frequently, leading to a delay in the resumption of domestic leagues and adding to the risk of injuries. Infantino said these factors will be taken into consideration in their study. “We will study it and see what it means in terms of the health of players, disruption or non-disruption of national leagues and international competitions,” he said.