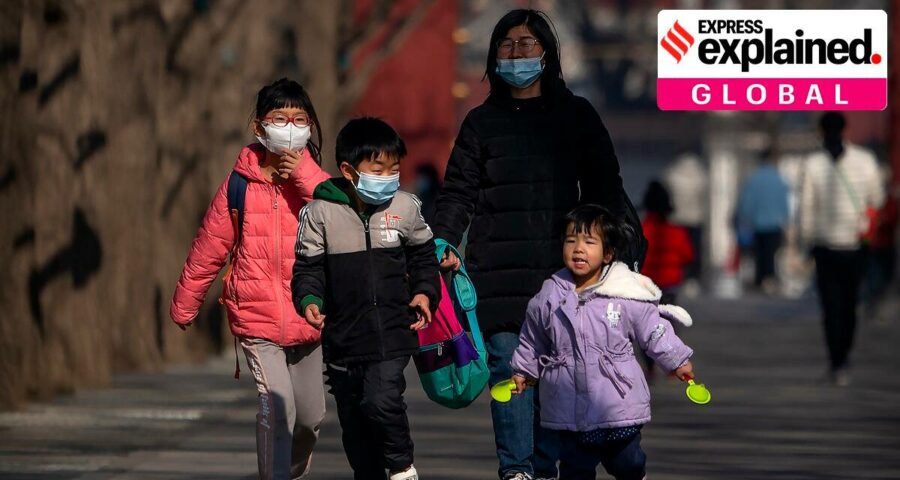 In the decade up to 2020, China’s population grew at its slowest rate since the 1950s, mirroring trends seen in neighbouring South Korea and Japan, official census data released on Tuesday showed. It now stands at 141.2 crore people, with the rate of growth falling for the fourth consecutive year.

Last year, 1.2 crore babies were born in China, down from 1.465 crore in 2019 — a fall of 18 per cent in one year, as per census data released by its National Bureau of Statistics. The country’s fertility rate has dropped to 1.3, far below the replacement level of 2.1 required for a generation to have enough children to replace it.

The trends pose a challenge for the ruling Communist Party, as policymakers will now have to find ways of sustaining China’s high growth despite fewer young people joining the workforce and the existing population rapidly ageing.

The United Nations expects China’s population to begin declining after 2030, but some experts say this could happen as early as in the next one or two years. By 2025, the country is set to lose its ‘most populous’ tag to India, which in 2020 had an estimated 138 crore people, 1.5 per cent behind China.

A ray of hope, though, is the greater proportion of children 14 years or younger, who are now 25.38 crore or 17.95 per cent of the population, up by 1.35 per cent from 2010. This rise has been credited to China relaxing its strict one-child policy in 2016 and allowing two children per family.

Chinese authorities claim that the controversial one-child policy, which was put into force in the late 1970s, helped the country avert severe food and water shortages by preventing up to 40 crore people from being born.

As per the South China Morning Post, the census data also confirmed anecdotal evidence that China’s population was shifting to the more developed provinces on the eastern coast, with people moving out of central and northeastern parts of the country.

The country further urbanised in the last decade, with 63.89 per cent living in urban areas, up by 14.21 percentage points. Its rural population fell to 36.11 per cent.

So, by when is the population expected to fall?

Experts believe the country’s population will soon begin to fall, although there is disagreement about when that could happen. An April report in the Financial Times cited unnamed sources to claim a decline already took place last year, but Chinese authorities released a statement denying this.

The Asian country’s population last declined during two years in 1960-1961, when the Great Chinese Famine — a manmade disaster resulting from the policies of then-dictator Mao Zedong — caused the number of people to fall by 1 crore people in 1960 and another 3.4 crore in 1961, as per official figures. 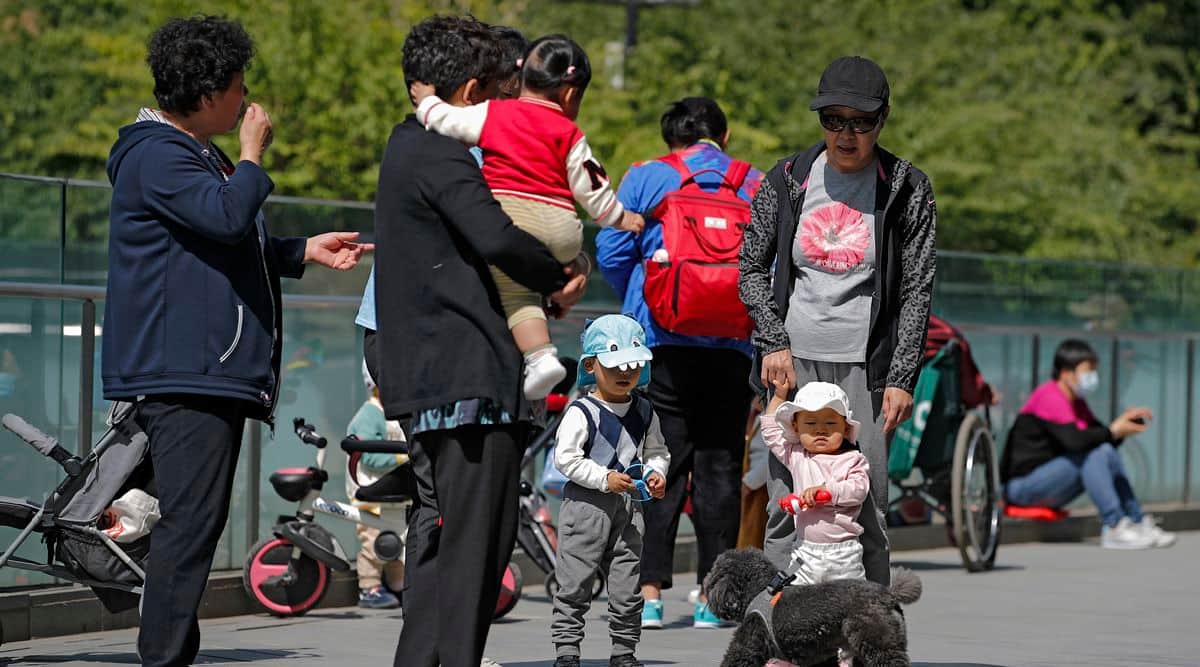 The Chinese government in November said it expects the population to peak in 2027, and that the annual gap between the number of newborns and number of deaths will shrink to around 10 lakh over the next five years. The UN estimates the population will begin falling after 2030.

Some experts, however, say a decline could start as early as next year, if births fall below 1 crore and deaths exceed 1 crore.

What are the concerns related to a shrinking population for China?

China’s slowing population growth is part of a trend seen in many countries in Asia and the West. Last year, South Korea saw its population decline for the first time in history. In the United States too, the birth rate has dropped to 1.6, the lowest on record.

When the young population in a country declines, it creates labour shortages, which have a major detrimental impact on the economy. More older people also means that demands for healthcare and pensions can soar, burdening the country’s social spending system further when fewer people are working and contributing to it. 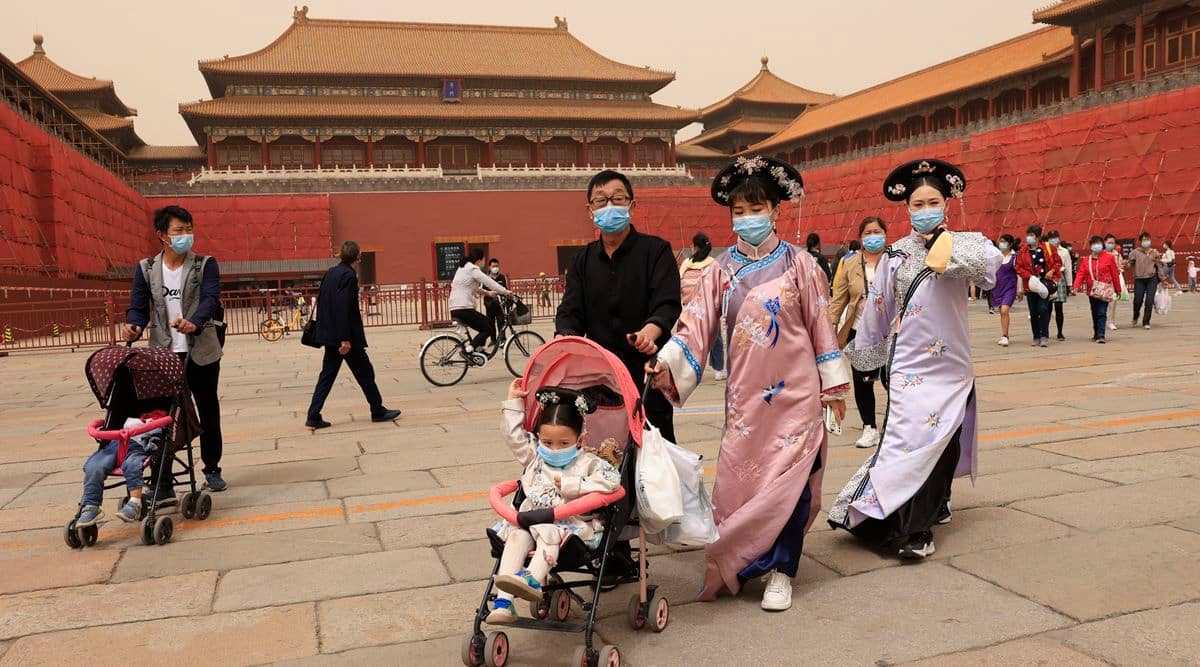 A problem unique to China, though, is that unlike the other developed countries part of this trend, it is still a middle-income society, despite being the world’s second-largest economy.

Prosperous countries like Japan and Germany, which face similar demographic challenges, can depend on investments in factories, technology and foreign assets. China, however, still depends on labour-intensive manufacturing and farming. A drop in demographic dividend could thus hurt China and other developing nations like India more than those in the rich world, experts say.

In an effort to tide over this challenge, the Chinese government announced this year that it would increase the retirement age by a few months every year — a decision that has received a mixed response, with some welcoming the chance to continue in their careers and others unhappy about being forced to continue working. For the past four decades, the retirement age in China has been 60 for men and 55 for women, or 50 for women in blue-collar jobs.

The government is also expected to increase incentives for couples to have more children, although such sops have failed in the past in the face of higher cost-of-living challenges and career choices. Authorities have also been urged to completely drop restrictions on the number of children allowed per family.