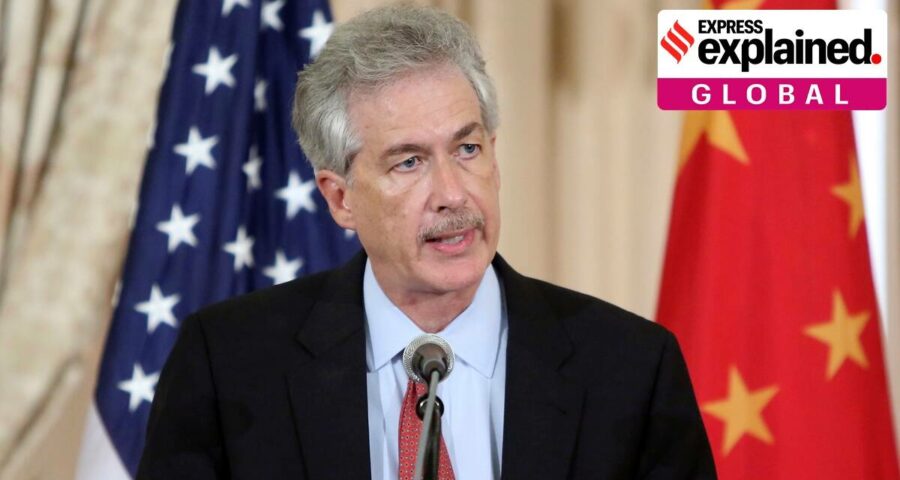 William Burns retired from the US Foreign Service in 2014 and holds the highest rank in the service – that of a career diplomat. US President-elect Joe Biden has nominated career diplomat William Burns as head of the Central Intelligence Agency (CIA). If his nomination is confirmed by the Senate, he will become the first career diplomat to take the post of CIA director.

Who is William Burns and why is his nomination significant?

Burns retired from the US Foreign Service in 2014 and holds the highest rank in the service – that of a career diplomat. At present, Burns is the president of the Carnegie Endowment for International Peace, an international affairs think tank and has previously served as the US deputy secretary of state. Burns has served five US presidents (both Democrats and Republicans) in his more than 30-year long diplomatic career. Significantly, Burns led the delegation that held secret talks with Iran about the nuclear deal, which culminated in 2015 and is officially known as the Joint Comprehensive Plan of Action (JCPOA). Under the JCPOA, Iran agreed to limit its nuclear program in exchange for relief from economic sanctions imposed by the US, UN and the EU. The deal was signed between Iran and the P5 (the five permanent members of the UN Security Council–the US, UK, France, China and Russia) plus Germany and the European Union in Vienna in July 2015. In an interview Burns gave to the Foreign Service Journal in 2019, he said it was a “historic mistake” to pull out of the JCPOA with Iran.

At the time this nuclear deal was signed, Obama was the president and president-elect Joe Biden was the vice president. However, during his presidential campaign for the 2016 elections, Trump criticised the deal for being too lenient on Iran and the US unilaterally withdrew from it in May 2018. However, with Democrats set to gain control of US foreign policy in January and with Burns’s confirmation to the post in the offing, hopes are up that the historic Iran nuclear deal could be salvaged by the incoming Biden administration.

Burns has also been critical of the Trump’s administration’s policies and condemned the killing of Major General Qassem Soleimani, the Iranian Revolutionary Guards commander and the long-serving head of the Quds Force. Soleimani was seen as a deadly adversary by America and its allies and was killed in a US strike at the Baghdad international airport in January 2020. Burns referred to his killing as a “significant strategic setback” in an interview he gave to The Irish Times.

In an article he wrote for Foreign Affairs in 2019 he said that during his tenure in the US Foreign Service he has “never seen an attack on diplomacy as damaging, to both the State Department as an institution and our international influence, as the one now underway.” In the article, Burns was referring to the “mistreatment” of Marie Yovanovitch, a career diplomat who was abruptly removed from her post as the ambassador to Ukraine in 2019. At the time Democrats alleged that she was removed so that Ukraine could launch investigations into Biden and his son Hunter Biden who was on the board of a Ukrainian energy company.

Before the US invasion of Iraq in 2003, in a memo called “Perfect Storm” that Burns addressed to the Secretary of State Colin Powell in 2002, he mentioned his thoughts on how efforts “to overthrow the regime in Baghdad could unravel if we’re not careful, intersecting to create a “perfect storm” for American interests.”