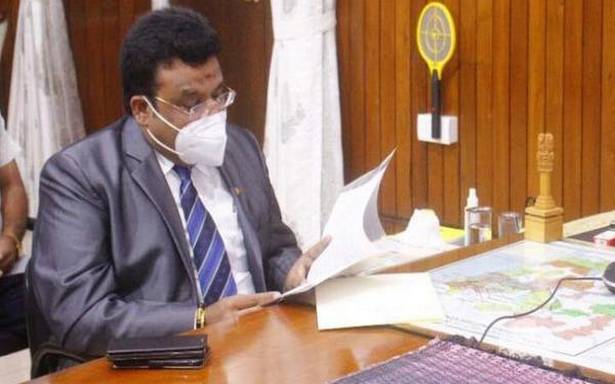 The development has excites the travel and tourism industry on both sides.

Sri Lankan Deputy High Commissioner in Chennai, Doraisamy Venkateshwaran, recently visited Karaikal, a port town in Puducherry with proximity to Tamil Nadu, primarily to discuss early implementation of the Karaikal-Jaffna ferry service. The development has excites the travel and tourism industry on both sides.

The discussions being held by the Sri Lankan Deputy High Commission with the Puducherry Government to bring about perceptible progress in the ferry service project has raised hopes for its timely start, that would signal strengthening of cultural bonding between the two sides sharing linguistic uniformity.

Here is an explainer on this proposal.

Why is the project a much anticipated one?

The project, in essence, is seen as a reflection of India seeking to up its stakes in the economic progress of the Northern Province of Sri Lanka, after the end of the civil war in the island nation. Dredging work at the KKS Harbour was undertaken and completed by the Dredging Corporation of India, a public sector undertaking of the Government of India, to support domestic and regional commerce.

The Port has the unique advantage of being serviced by four national highways and rail connectivity to major cities. The 56 nautical miles distance between MARG Karaikal Port and the KKS Port in Jaffna means only a few hours of travel.

What are the expected outcomes?

Reduced travel time, easy and cheap travel alternative, enhanced economic activities between the two countries and smooth connectivity for the pilgrims of both countries.

What has India done so far?

Dredging work at the KKS Harbour in Jaffna was undertaken and completed by the Dredging Corporation of India, a public sector undertaking of the Government of India, to support domestic and regional commerce. Due to its closeness, KKS Harbour is considered strategically important to India.

After undertaking wreck removal works, India provided grant funding for dredging of the harbour and the approach channel.

During 2018, India extended a fresh financial assistance of USD 45.27 million for upgrading KKS Harbour into a commercial port and a regional maritime hub.

Why is India keen on coastal shipping under Sagarmala Programme?

The flagship programme of the Ministry, implemented through the Sagarmala Development Company Limited (SDCL) envisages promoting port-led development in the country. The purpose of the environment-friendly ferry service to be offered based on localised demand is to create a supplementary mode of transportation which will be beneficial for daily commuters and tourists’ movement, bring about savings in terms of both cost and time for the users alongside reducing carbon footprint.

By when would the ferry service be operational?

The project had been pending for four years and now it is being given a thrust. However, officials in Karaikal are unwilling to commit to a tentative time frame for its completion. Much will depend on the steps to be taken by the Union Ministry of Shipping to expedite action on the ground.