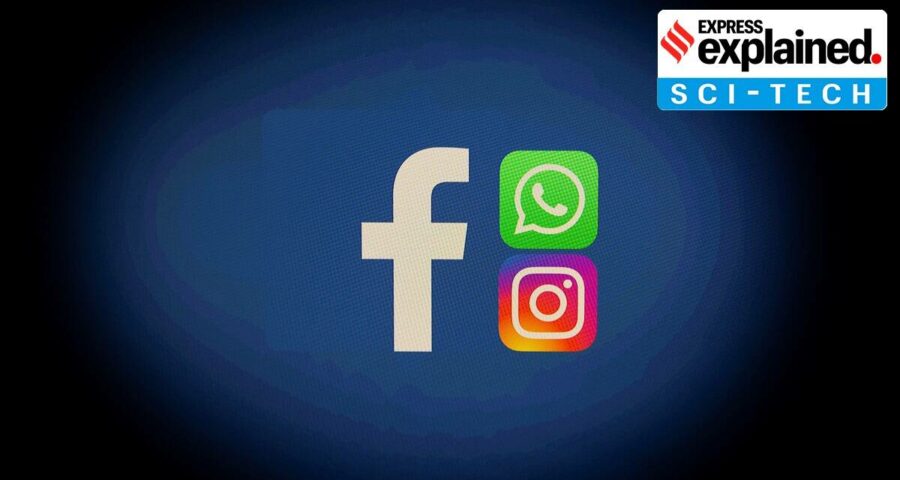 Facebook, WhatsApp and Instagram outage: Shortly after 9 pm IST on Monday, Facebook’s services including WhatsApp, Instagram and Oculus VR went down and did not come up till early morning on Tuesday. 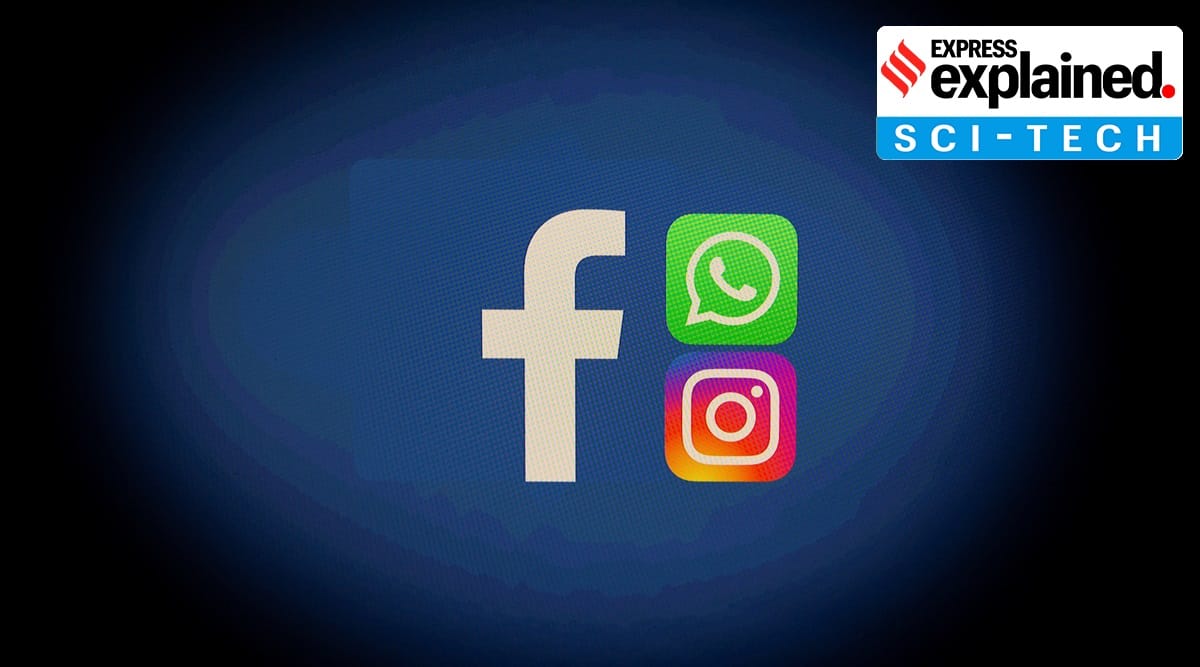 Social media sites Facebook, WhatsApp and Instagram outage: Social media giant Facebook and its family of apps WhatsApp and Instagram were inaccessible to billions of users for around six hours Monday, in what was one of the longest outages for Facebook at a group level. While there were speculations of a cyberattack on Facebook’s systems, the company has said it was a configuration error that led to the disruption.

Shortly after 9 pm IST on Monday, Facebook’s services including WhatsApp, Instagram and Oculus VR went down and did not come up till early morning on Tuesday. The outage affected users across the globe, and according to some reports, even impacted Facebook employees as the company’s internal systems were affected, preventing the staff from accessing internal e-mail clients, etc.

In a blog post, Facebook noted its engineering teams found that configuration changes on the backbone routers that coordinate network traffic between the company’s data centers caused issues that interrupted this communication. “This disruption to network traffic had a cascading effect on the way our data centers communicate, bringing our services to a halt,” it added. In simple terms, Facebook’s machines stopped communicating with each other because of what is called a DNS (domain name system) error.

Explaining a DNS error, Lotem Finkelstenn, Head of Threat Intelligence at Check Point Software Technologies said: “Simply, it is the internet protocol to convert the words we use like Facebook.com to language computers know — numbers, or internet address. They do the conversion and route us to the services and applications we asked to use. When this service falls, the services look like they are down, but actually just not accessible.”

Could this have been a cyberattack?

Facebook wrote in its blog: “We want to make clear at this time we believe the root cause of this outage was a faulty configuration change. We also have no evidence that user data was compromised as a result of this downtime”. According to the New York Times, which cited two anonymous Facebook security team members, the outage was not likely a result of a cyberattack because the technology behind the apps was still different enough that one hack was not likely to affect all of them at once.

Yes, the Facebook family of apps suffered a major outage earlier this year in March as well when the services were down for almost 45 minutes. Prior to this, in 2020 alone, four major WhatsApp outages had occurred, of which the most major one was in January, which had lasted for around three hours. After this, there was one in April, followed by a two-hour outage in July and a brief one in August. In 2019, Facebook suffered its longest outage ever when the social media service was down for nearly 24 hours.

What is the significance of these outages?

There has been a increase in internet outages in recent years. According to data from ThousandEyes, a network-monitoring service owned by Cisco Systems Inc, there were 367 global internet outages in the week ending September 26, making it the third consecutive week of increasing outages. Even as the internet was originally conceptualised as a decentralised network, experts believe that a handful of infrastructure companies like Akamai, Fastly, Amazon Web Services have become concentrated centres providing their services to major internet platforms. This, especially after thousands of enterprises — both small and large — are increasing their digitisation efforts after the pandemic.