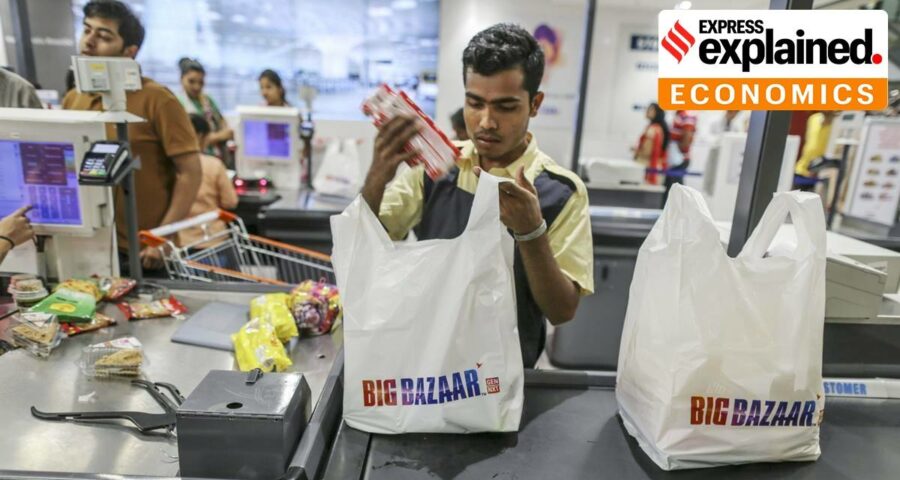 In its interim order, a single-judge bench last week held that the order of the emergency arbitrator was not a nullity as claimed by Future Retail and Reliance Retail and that it was enforceable under Indian laws. A division bench of the Delhi High Court on Monday lifted the status quo imposed on February 3 by a single-judge bench on the Future Retail- Reliance Retail and Fashionstyle deal.

What prompted the HC division bench to lift the status quo imposed on the deal?

One of the most important reasons the division bench gave for lifting the status quo imposed on the deal was that since the deal was between Future Retail and Reliance Retail and Fashionstyle, Amazon had no locus to oppose the same since it was not a party to the deal.

Why had the single-judge bench imposed a status quo on the Future-Reliance deal?

In its interim order, a single-judge bench last week held that the order of the emergency arbitrator was not a nullity as claimed by Future Retail and Reliance Retail and that it was enforceable under Indian laws.

Future Retail, as well as Reliance Retail, had in October last year opposed an order passed by an emergency arbitrator of the Singapore International Arbitration Council (SIAC) and said that such orders by emergency arbitrators did not hold any value as per Indian laws.

Both the companies had then said that irrespective of the SIAC order which had asked Future Retail not to go ahead with the Rs 24,713-crore deal signed in August to sell its retail, wholesale, logistics and warehousing units to Reliance Retail, they would go ahead as per their plan.

Subsequently, as part of their plan, both Future Retail and Reliance Retail had kept applying for permissions with the relevant statutory bodies such as the Securities and Exchange Board of India, the National Stock Exchange, the Competition Commission of India, as well as the National Company Law Tribunal (NCLT). These moves prompted Amazon India to seek a status quo order on the deal claiming their rights were being violated. The single-judge bench agreed with Amazon’s submissions and ordered a status quo on the deal.

What happens now to the Future Retail-Reliance Retail deal?

Since the deal now has clearance from a division bench of the Delhi high court, it is likely that Amazon will challenge lifting of the status quo in the Supreme Court and seek a stay on the proceedings.

Legal experts also believe that Future Retail is likely to place reliance on the reasons given by the division bench of the high court and use it to push ahead with the deal. Amazon, on the other hand, would place its reliance on the observations of the single-judge with respect to the reasons why the order of the emergency arbitrator of the SIAC would be enforceable in India.