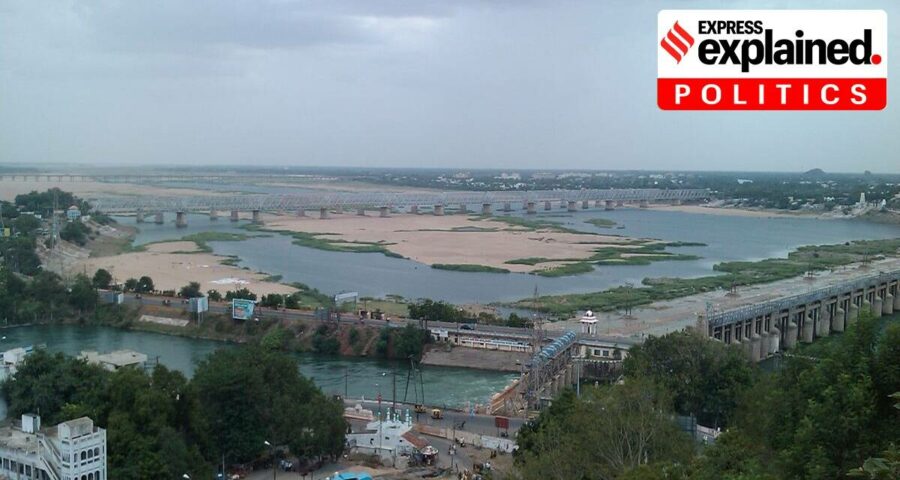 Even though relations between the two state administrations improved after Y S Jagan Mohan Reddy became Chief Minister in 2019, disagreements over the sharing of the Krishna river water continue to shape politics in the region. An ongoing jala jagadam (fight over water resources), as it has been described by regional media, once again drew the police forces of Andhra Pradesh and Telangana into a tense standoff last week at the common reservoirs of the two states.

In 2015, police from Andhra Pradesh and Telangana had come to blows following a heated discussion between government officials over release of water from the Nagarjuna Sagar reservoir.

Even though relations between the two state administrations improved after Y S Jagan Mohan Reddy became Chief Minister in 2019, disagreements over the sharing of the Krishna river water continue to shape politics in the region.

What is the fresh row about?

Andhra Pradesh alleges that Telangana has been drawing Krishna water from four projects — Jurala, Srisailam, Nagarjuna Sagar, and Pulichintala — for hydropower generation without approvals from the Krishna River Management Board (KRMB), an autonomous body that was set up after the bifurcation of the state, to manage and regulate the waters in the Krishna basin.

The water that is used for power generation, Andhra says, is being wasted by releasing it into the Bay of Bengal, even as farmers in the Krishna delta ayacut are yet to begin sowing of the kharif crop.

Telangana says it would continue with the hydropower generation to meet its requirements of power. At the same time, it has taken strong exception to the irrigation projects of the Andhra Pradesh government, especially the Rayalaseema Lift Irrigation Project (RLIP), which it claims is illegal. Telangana has called for a 50:50 allocation of water from the Krishna river.

So how is the water split between the states currently?

After Telangana was carved out of Andhra Pradesh, the two states agreed to split the water share 66:34 on an ad hoc basis until the Krishna Water Disputes Tribunal-2 decided the final allocation.

Of the 811 TMC (thousand million cubic) feet of water allocated to the united state, Andhra Pradesh and Telangana at present get 512 TMC ft and 299 TMC ft respectively.

Why is Telangana making the big hydel push?

The Kaleshwaram lift irrigation project that was inaugurated in 2019 requires a huge amount of power to draw water from the Godavari river.

Also, the Telangana government says that it needs the hydel energy to power its Nettempadu, Bheema, Koilsagar and Kalwakurthy lift irrigation projects.

Despite protests by Andhra, the Telangana government of Chief Minister K Chandrasekhar Rao (KCR) has chosen to operate all hydel power stations at full capacity because hydel power is cheaper, and imposes a smaller burden on the already stretched state budget.

What is the solution to the disagreement, then?

Telangana wants the Krishna Water Disputes Tribunal-2 to permanently settle the water dispute; in the meantime, it wants the KRMB to convene a full-fledged board meeting on a mutually agreed date this month to address its grievances against Andhra Pradesh.

It has also demanded that KRMB should cancel its three-member committee meeting on July 9, complaining that only issues raised by Andhra Pradesh are scheduled to be taken up for discussion.

What political factors are at play behind the dispute?

The two Chief Ministers, KCR and Jagan Reddy, have maintained cordial relations and have even met on several occasions to discuss long-standing issues arising out of the bifurcation of the erstwhile state of Andhra Pradesh. This has been in sharp contrast to the frosty relationship between KCR and Jagan’s predecessor N Chandrababu Naidu of the TDP.

Critics have, however, alleged that the two CMs are fanning regional sentiments purely for political gains.

KCR’s Telangana Rashtra Samithi (TRS), they claim, will indirectly benefit from the flare-up in the Huzurabad Assembly byelection. The byelection was necessitated after former TRS Minister Etala Rajender resigned as MLA and joined the BJP.

The sabre-rattling is also believed to be intended to counter Y S Sharmila, the younger sister of Jagan, who is launching her own party on July 8.

Telangana Ministers have made several disparaging remarks against their father and former Chief Minister, late Y S Rajashekar Reddy, with one even calling him a “water thief”.

Jagan, on the other hand, is accused of trying to keep the dispute simmering until the next Assembly elections in 2024. His handing out of welfare sops notwithstanding, Jagan is seen as having failed to deliver on the promises of creating employment and bringing industries to invest in the state.