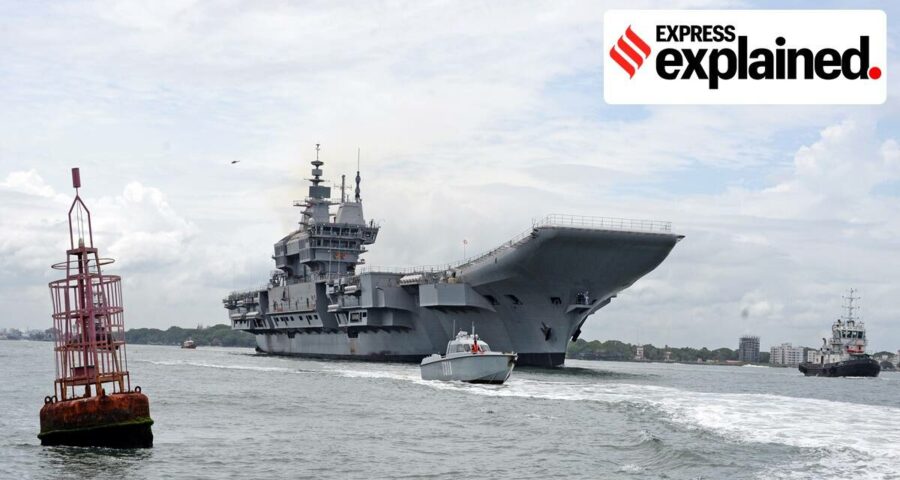 The IAC-1, tomorrow's INS Vikrant, sailed out to sea for the first time on Wednesday. The indigenous aircraft carrier is a stellar achievement of defence engineering. 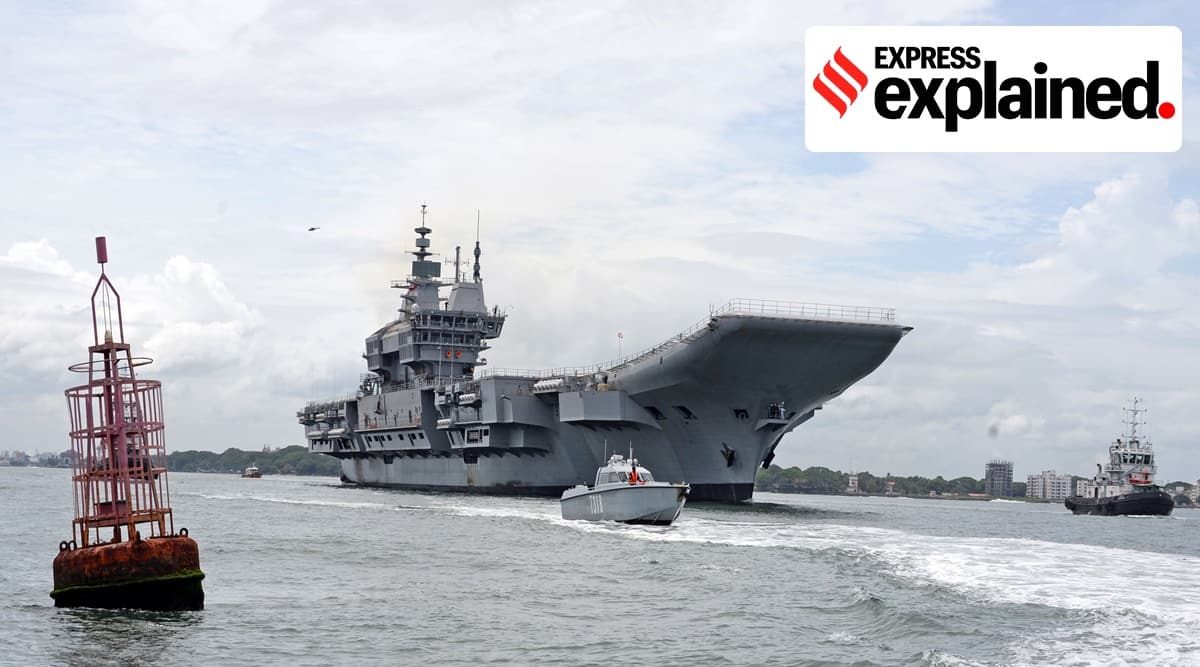 The Indigenous Aircraft Carrier (IAC) 1, which will be called INS Vikrant once it enters service with the Indian Navy about a year from now, started sea trials — one of the last phases of trials — on Wednesday. What is this warship, and why is this project important for the country?

What is IAC-1, as the warship is currently codenamed?

This is the first aircraft carrier designed and built in India. An aircraft carrier is one of the most potent marine assets for a nation, which enhances a Navy’s capability to travel far from its home shores to carry out air domination operations.

Many experts consider having an aircraft carrier as essential to be considered a ‘blue water’ navy — one that has the capacity to project a nation’s strength and power across the high seas. An aircraft carrier generally leads as the capital ship of a carrier strike/battle group. As the carrier is a valuable and sometimes vulnerable target, it is usually escorted in the group by destroyers, missile cruisers, frigates, submarines, and supply ships.

IAC-1 has been designed by the Indian Navy’s Directorate of Naval Design (DND), and is being built at Cochin Shipyard Limited (CSL), a public sector shipyard under the Ministry of Shipping.

Why does it matter that this is a Made-in-India warship?

Only five or six nations currently have the capability of manufacturing an aircraft carrier — India joins this elite club now. Experts and Navy officials said India has demonstrated the capacity and self-reliance to build what is considered to be one of the most advanced and complex battleships in the world.

India’s earlier aircraft carriers were either built by the British or the Russians. The INS Vikramaditya, currently the Navy’s only aircraft carrier that was commissioned in 2013, started out as the Soviet-Russian Admiral Gorshkov. The country’s two earlier carriers, INS Vikrant and INS Viraat, were originally the British-built HMS Hercules and HMS Hermes before being commissioned into the Navy in 1961 and 1987 respectively.

According to the Navy, over 76 per cent of the material and equipment on board IAC-1 is indigenous. This includes 23,000 tonnes of steel, 2,500 km of electric cables, 150 km of pipes, and 2,000 valves, and a wide range of finished products including rigid hull boats, galley equipment, airconditioning and refrigeration plants, and steering gear. 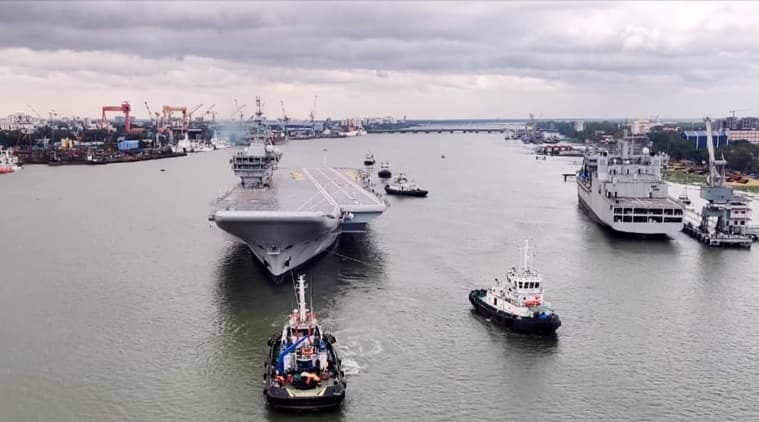 The Navy has said that more than 50 Indian manufacturers were directly involved in the project, and about 2,000 Indians received direct employment on board IAC-1 every day. Over 40,000 others were employed indirectly.

The Navy calculates that about 80-85 per cent of the project cost of approximately Rs 23,000 crore has been ploughed back into the Indian economy.

Why will this warship be named INS Vikrant?

INS Vikrant, a Majestic-class 19,500-tonne warship, was the name of India’s much-loved first aircraft carrier, a source of immense national pride over several decades of service before it was decommissioned in 1997. India acquired the Vikrant from the United Kingdom in 1961, and the carrier played a stellar role in the 1971 war with Pakistan that led to the birth of Bangladesh. 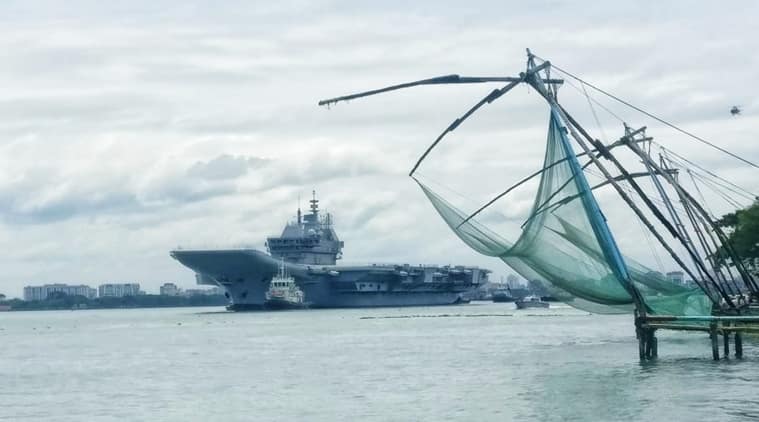 The Vikrant was deployed in the Bay of Bengal, and its two air squadrons of Sea Hawk fighter jets and Alize surveillance aircraft were used in strikes on ports, merchant ships, and other targets, and to prevent Pakistani forces from escaping through maritime routes.

On Wednesday, the Navy hailed the “proud and historic day for India as the reincarnated Vikrant sails for her maiden sea trials…, in the 50th year of her illustrious predecessor’s key role in victory in the 1971 war”.

What weapons and equipment will the new Vikrant have?

The Navy has not officially revealed specific details of the weapons and aircraft that INS Vikrant will carry. However, the new warship is comparable to India’s existing carrier INS Vikramaditya, which is a 44,500-tonne vessel and can carry up to 34 aircraft, including both fighter jets and helicopters.

The Navy had earlier said that once commissioned, IAC-1 will be “the most potent sea-based asset”, which will operate the Russian-made MiG-29K fighter aircraft and Kamov-31 Air Early Warning Helicopters, both of which are already in use on the Vikramaditya. 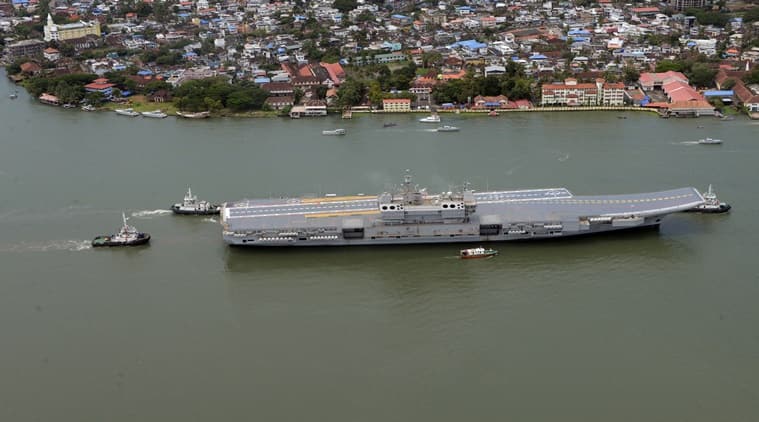 According to the Navy, the warship will offer an “incomparable military instrument with its ability to project Air Power over long distances, including Air Interdiction, Anti-Surface Warfare, offensive and defensive Counter-Air, Airborne Anti-Submarine Warfare and Airborne Early Warning”.

Now that India has the capability, will it build more carriers?

Since 2015, the Navy has been seeking approval to build a third aircraft carrier for the country, which, if approved, will become India’s second Indigenous Aircraft Carrier (IAC-2). This proposed carrier, to be named INS Vishal, is intended to be a giant 65,000-tonne vessel, much bigger than IAC-1 and the INS Vikramaditya.

The Navy has been trying to convince the government of the “operational necessity” of having a third carrier. Chief of the Naval Staff Admiral Karambir Singh said on Navy Day last year that the Navy could not remain a “tethered force”. Navy officials have argued that to project power, it is essential that India is able to venture far out on the oceans, which can be done best with an aircraft carrier.

For the government to be convinced of the need for IAC-2, however, a “change in mindset” is required, sources in the Navy had told The Indian Express earlier. Chief of Defence Staff General Bipin Rawat, who is tasked with prioritising acquisition for the armed forces, has spoken against investing in another aircraft carrier, and has instead suggested that Lakshadweep and the Andaman & Nicobar islands could be developed as “unsinkable” Naval assets. 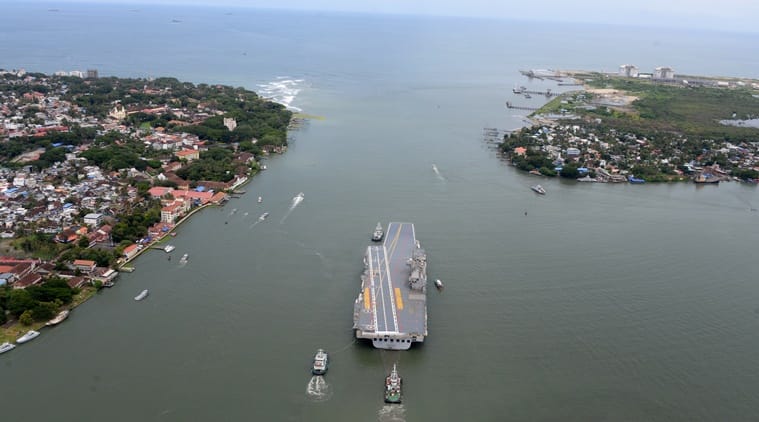 But Navy officials have said that to defend the vast Indian Ocean Region, persistent air power is required day and night. A third carrier will provide the Navy with surge capability, which will be essential in the future, they have argued.

Also, it is argued that now that India has developed the capability to build such vessels, it should not be whittled away. The expertise gained by the Navy and the country over the past 60 years in the “art of maritime aviation” should not be wasted either.

While the United States Navy has 11 aircraft carriers, China too is moving ahead aggressively with its aircraft carrier programme. It has two carriers now, a third is in the making, and another two are likely to be commissioned within a decade.

Navy officials point out that even if India gives the IAC-2 project the go-ahead now, it will be over 10 years before the warship is commissioned.

Next: Shipbuilder will continue sea trials over the next 6-7 months; then hand over IAC-1 to Navy for trials

Aug 2022: Expected to be commissioned. Trials of aircraft and component parts will follow.