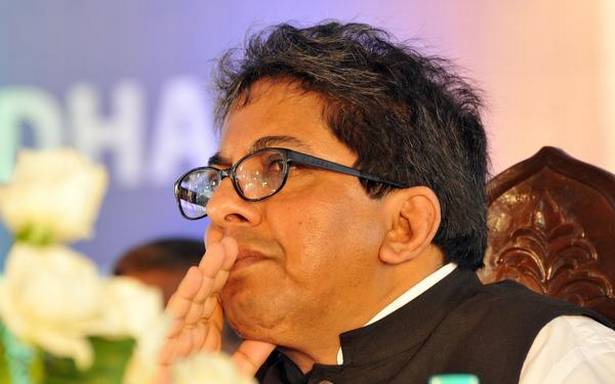 What is the rule cited by the Department of Personnel and Training? What has been the practice so far?

On May 28, the Department of Personnel and Training (DoPT) under Ministry of Personnel directed that West Bengal Chief Secretary Alapan Bandyopadhyay report to its office at North Block in Delhi by 10 a.m. on May 31. The order came hours after West Bengal Chief Minister Mamata Banerjee allegedly skipped a review meeting on Cyclone Yaas with Prime Minister Narendra Modi at Kalaikunda. Ms. Banerjee has refuted the allegation saying she handed over a detailed report on cyclone to the Prime Minister and after seeking his permission thrice, she proceeded to another meeting at Digha with Mr. Bandyopadhay.

The order read that the appointments committee of the Cabinet has approved the “placement of services” of Mr. Bandyopadhyay as per provisions of the Indian Administrative Service (cadre) Rules, 1954 with the Government of India with “immediate effect.” The ACC is headed by the Prime Minister, and Home Minister Amit Shah is the other member.

The 1987 batch IAS officer has never been on Central deputation and is to superannuate on May 31. Earlier, on the request of the State government, Centre had approved three-month extension in service to the officer top most bureaucrat in the State.

What is the rule cited by DoPT ?

The DoPT order said that the ACC has approved Mr. Bandyopadhyay’s transfer to Delhi under Rule 6(I) of the IAS (cadre) Rules, 1954. The said rule pertains to “deputation of cadre officers.”

When were the rules framed?

After the All India Services Act, 1951 came into existence, the IAS cadre rules were framed in 1954. The said rule on deputation giving more discretionary powers to the Centre was added in May 1969.

What has been the practice so far?

Before any officer of All India Services (AIS) is called for deputation to the Centre, his or her concurrence is required. The Establishment Officer in DoPT invites nominations from State governments. Once the nomination is received, their eligibility is scrutinised by a panel and then an offer list is prepared, traditionally done with the State government on board. Central Ministries and offices can then choose from the list of officers on offer. AIS officers are recruited by the Centre and they are lent to States. The publication of offer list on DoPT’s website was discontinued by the government in 2018 amid reports that not many State government officers were willing to come to Centre for deputation.

Is the current order one of its kind?

According to Vappala Balachandran, former Special Secretary, Cabinet Secretariat, the order is not only “unprecedented” but also vindictive.

“Legally speaking it is the Centre that holds ultimate control. But there is also a custom that an officer will not be deputed against his/her own will. This order is unilateral and an awkward step, unbecoming of the Central government specially after they gave due extension. This officer superannuates on May 31, if he refuses to join, can the Centre exercise its right on a retired officer? Mr. Balachandran noted.

What if the officer refuses to comply with the order?

The All India Services (Discipline and Appeal) Rules, 1969 are not clear on the punishment in such cases. But Rule 7 says the authority to institute proceedings and to impose penalty will be the State government while he or she was “serving in connection with the affairs of a State.” The case is peculiar as Mr. Badyopadhyay retires on May 31 and is not on deputation to the Central government. The Chief Minister can write to the Centre to reconsider its decision. Ms. Banerjee said at a press conference on Saturday that she was requesting the Central government to withdraw the order.  The Centre may ask the State to conduct an enquiry or citing an exceptional case can order an enquiry on its own, said a government official. The officer can take the plea that he was acting under the instructions of the Chief Minister.