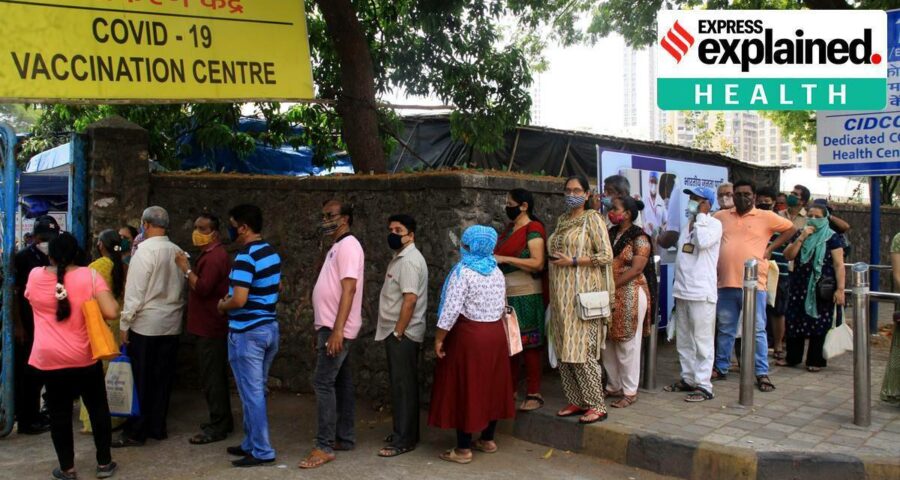 'Breakthrough infections' are expected in a small number of people after vaccination. No vaccine is 100% effective. Some may have been infected before the jab; also, some strains may evade vaccine protection. 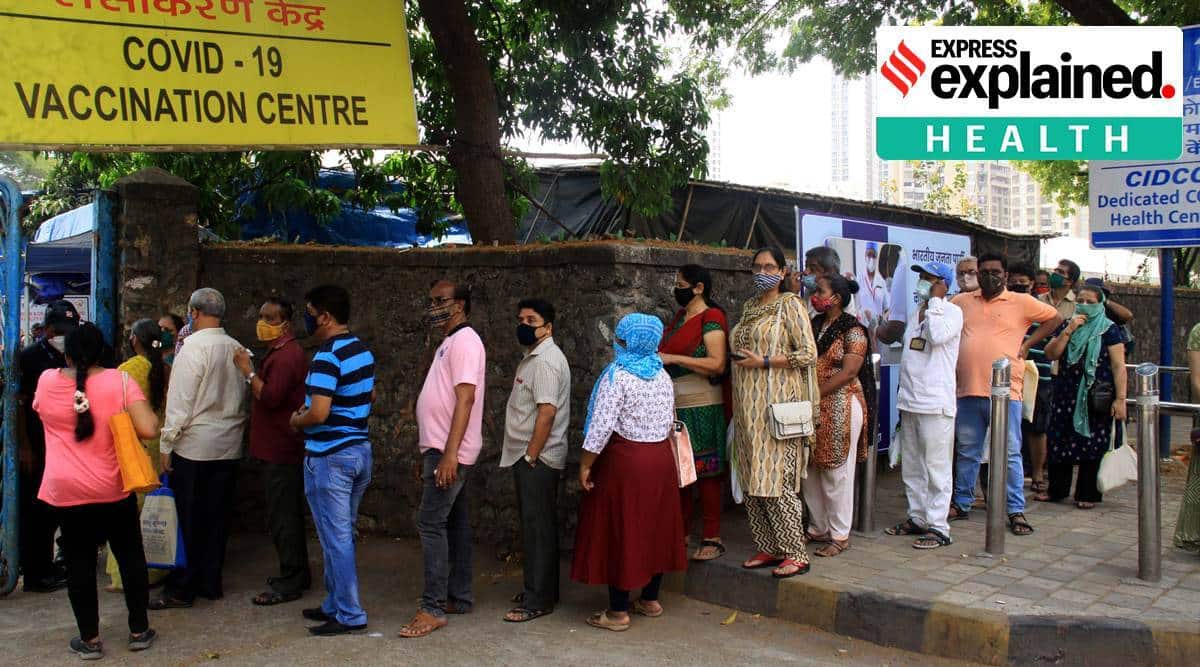 Coronavirus vaccines are supposed to protect the individuals from getting infected. In the last few days, however, there have been several cases of vaccinated people, even those who have received both doses, testing positive for the virus. Such cases are referred to as “breakthrough” infections, indicating that the virus has been able to break through the defences created by the vaccine.

Very few cases of breakthrough infections have been reported, but these have led to some doubts being expressed about the effectiveness of the vaccine, and contributed to the already prevailing vaccine hesitancy. Earlier this week, the Indian Council of Medical Research (ICMR) released data that showed breakthrough infections were extremely rare in India’s vaccinated population, with an incidence rate of less than 0.05%.

It is very well understood that no vaccine offers 100% protection from any disease. That means that there are breakthrough cases for all kind of vaccines — including Covid-19 vaccines. According to the Centers for Disease Prevention and Control (CDC) in the United States, vaccinated people are much less likely to get sick, but it is never entirely ruled out. 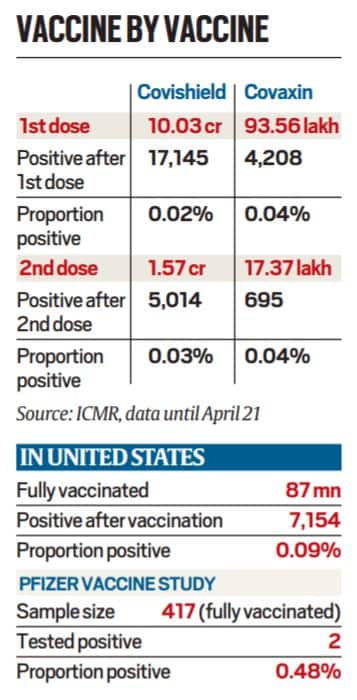 During trials, various Covid-19 vaccines have been shown to be between 60% and 95% effective. In actual use scenarios, a vaccine is usually less effective than what is reported in the trials. It is not surprising, therefore, that some vaccinated people do get the infection.

Also, it typically takes about two weeks for the body to build immunity after being vaccinated, so the chances of a person falling sick during this period are as high — or as low — as the chances for any person who has not been vaccinated. Then there is the emergence of new variants of the virus. Some are able to evade the human immune response, and therefore have a greater chance to break through the defences created through the vaccine.

In a bid to settle doubts about the effectiveness of vaccines in the wake of reports of breakthrough infections, the ICMR last week released data from the Indian population that showed that only about two to four people from a vaccinated group of 10,000 had so far been detected to be infected.

As can be seen, the numbers are very small, and we do not know how many of these got the infection within a few days of receiving the vaccine dose. Also, those in the priority list of vaccination, such as healthcare workers and frontline workers, have been prone to getting infected due to the prolonged occupational exposure to the virus, according to Dr Balram Bhargava, director general of ICMR. Bhargava also suggested that the new, faster-transmitting mutant strains could be contributing to the breakthrough infections.

Vaccines protect not against the infection, but against moderate or severe disease and hospitalisation. Most breakthrough infections are mild, according to Dr Ashish Bawdekar, principal investigator of the Covishield vaccine trial at KEM Hospital in Pune.

Dr Shashank Joshi, expert on the Maharashtra state Covid 19-task force, pointed out that the vaccines currently in use are early generation emergency use authorisation vaccines. “In a conventional vaccine timetable, it would take years to develop a vaccine but these are early generation fast track vaccines and we need more data and strong pharmacovigilance to get a better insight on their effectiveness. Better and more effective vaccines would eventually be developed that would reduce the rate of breakthrough infections,” he said.

According to CDC data that was released this week, over 87 million Americans were fully vaccinated and 7,157 cases of Covid-19 were reported among them. (See table)

The CDC said breakthrough infections are expected and not happening at an alarming rate. Experts said it is possible that mutated variants of coronavirus infection may be finding ways of escaping the vaccine.

According to a new US study reported on April 21 in the New England Journal of Medicine, the risk of contracting Covid-19 after having two doses of vaccine remains low. In their study, two rare cases of Covid-19 from 417 fully vaccinated people were reported. The participants had been vaccinated with Pfizer or Moderna jabs. The two who tested positive, both women, had mild symptoms and recovered quickly.

“These patients got vaccinated, had great immune responses, and nonetheless broke through with a clinical infection,” Robert B Darnell, investigator at Howard Hughes Medical Institute Laboratory of Molecular Neuro-oncology, said in a news update from Rockefeller University.

“Given the scope of the pandemic, there’s a huge amount of virus in the world right now, meaning a huge opportunity for mutations to develop and spread. That is going to be a challenge for the developers of vaccines over the next months and years,” he said.