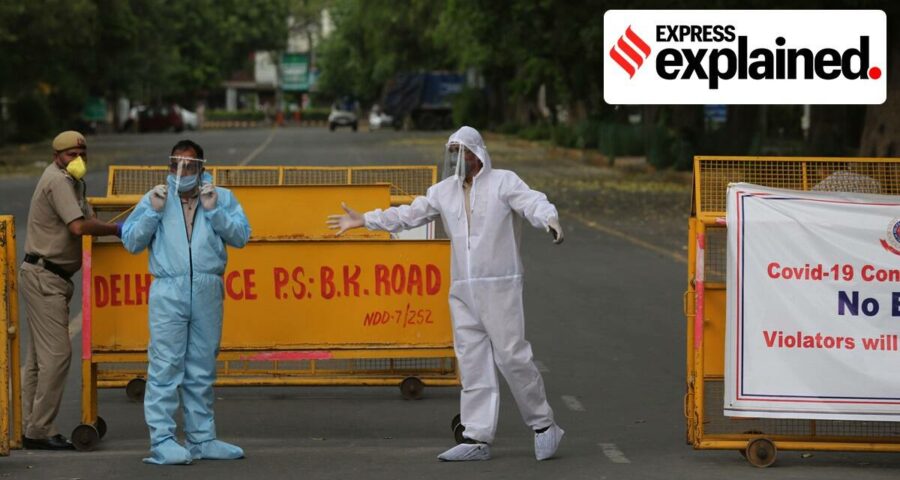 Many sections of society faced police action in an unusual context. And the police themselves faced an enormous challenge. 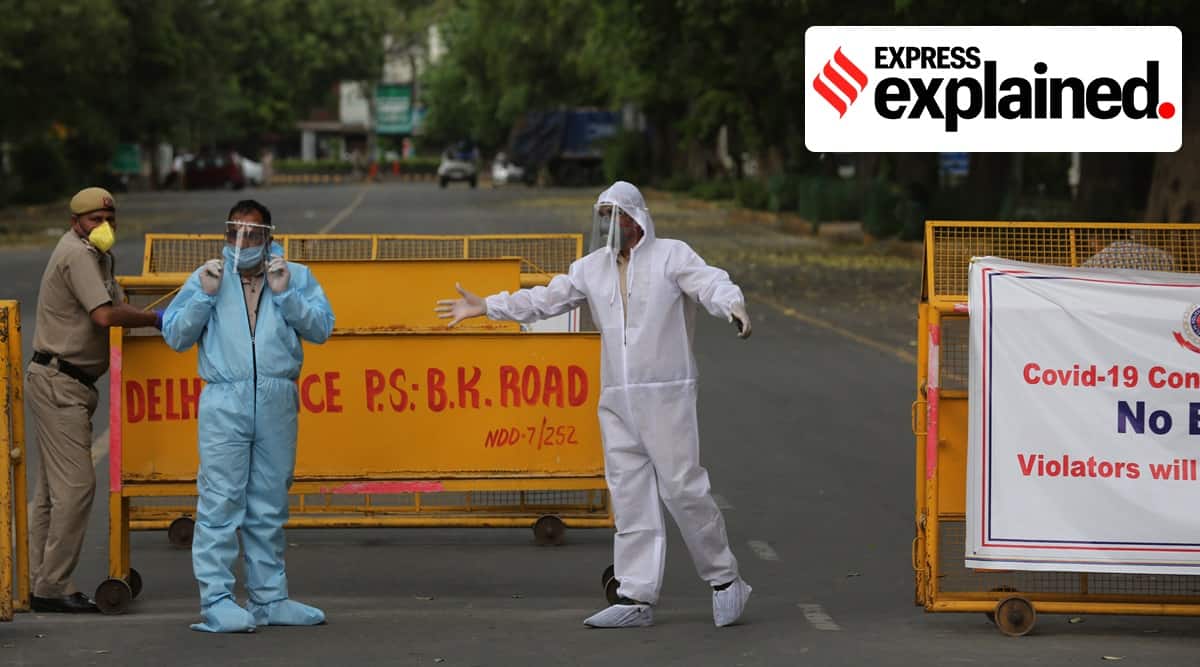 The national Covid-19 lockdown was imposed with a four-hour notice in March 2020. The stringent curbs on movement were intended to stem the chain of infection. The lockdown was tough on the community.

Many sections of society faced police action in an unusual context. And the police themselves faced an enormous challenge — they were the authority entrusted with preventing panic and maintaining normalcy in not-so-normal circumstances.

The nature of policing changed during the lockdown, reveal data from the recently released Lokniti-CSDS and Common Cause report. Nearly 9 out of 10 police personnel (88%) felt that the nature of policing was different compared to normal times. Enforcing a lockdown was a whole new ball game, for which India’s police forces were neither well equipped nor trained.

The ‘Policing in the Covid-19 Pandemic’ study was conducted among 2,409 civilians and 1,198 police personnel in 19 cities spread across 10 of the worst affected states after the first wave of Covid-19.

The general public expressed a somewhat mixed opinion of the police’s behaviour during the lockdown. More than half (56%) witnessed the police providing help — but at the same time, about 1 in 3 (30%) reported the police were rude, and a nearly equal proportion (36%) said they saw them use force against civilians (Figure 1). 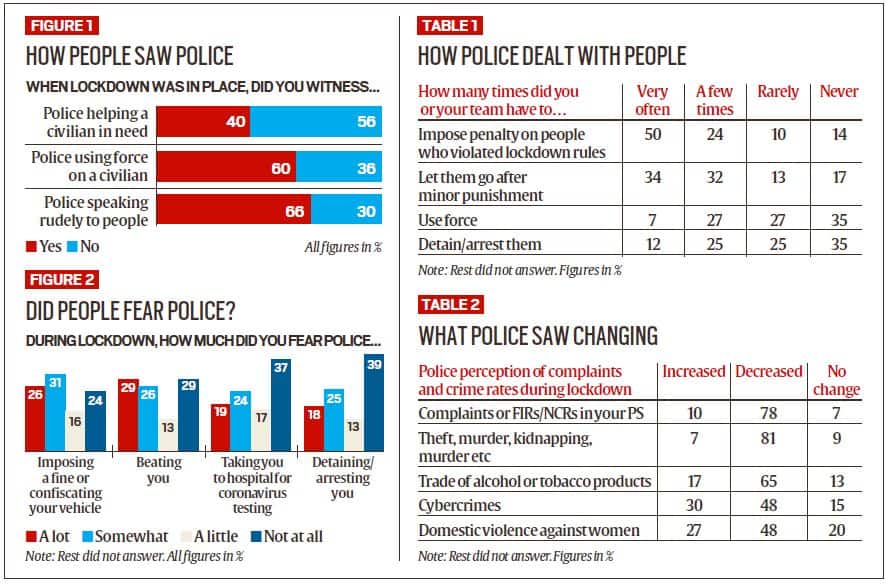 Increased restrictions led to confrontation between people and police — 33% said this was a common sight. But a significant majority (40%) reported they did not come across such incidents, or witnessed them rarely (20%).

The use of force by police in some cases resulted in fear of arbitrary state violence. Data reveal that the fear of police (‘a lot’ and ‘somewhat’ combined) was high among people. Among the biggest of fears and anxieties were those of fines (57%), followed by that of police beatings (55% ). More than 2 out of 5 people (43%) reported they were afraid the police would force them to undergo testing for Covid-19, or detain or arrest them (Figure 2).

More than a quarter (27%) of police personnel reported that managing pandemic-stricken people during the lockdown was their biggest challenge. Two in five (45%) said there were confrontations with people while checking their travel passes, and in containment zones (42%). Confrontations at local shops selling essential food items (38%) and during food distribution (37%) were also reported.

Asked about the actions they had to take, half the police personnel said they often imposed fines; about one-fourth (24%) reported having done so a few times (Table 1).

Two out of 3 (66%) police personnel interviewed said they let people go after minor punishments (at their discretion) for offences. One out of three (34%) said they or their team had done this often, and another one-third (32%) claimed this had happened a few times.

The evidence from police interviews suggests the police got the most support from affluent localities, followed by the middle class, and then from the poor — probably because the lockdown was the harshest on the lowest strata of society, which was, therefore, more anxious and less supportive of police.

With fewer people venturing out, a substantial dip was reported in the crime rate. However, this is not official, countrywide data provided by the government; it is based on accounts of police personnel.

An overwhelming proportion of police personnel (79%) reported a drop in the overall crime rate. A look at individual crimes shows that while police personnel reported that general crimes such as theft, robbery, kidnapping, and murder seemed to have reduced significantly during the lockdown, offences committed in the private space — such as cases of domestic violence against women and incidents related to cybercrime — saw an upward trend. (Table 2).

The ‘stay at home’ restrictions brought to light the dynamics of interaction between citizens and police. Although the majority of people rated the behaviour of the police as good, there were many instances of confrontations and altercations as well. The lockdown not only led to a sudden change in the pattern of daily life, but also triggered a shift in crime dynamics and policing duties.