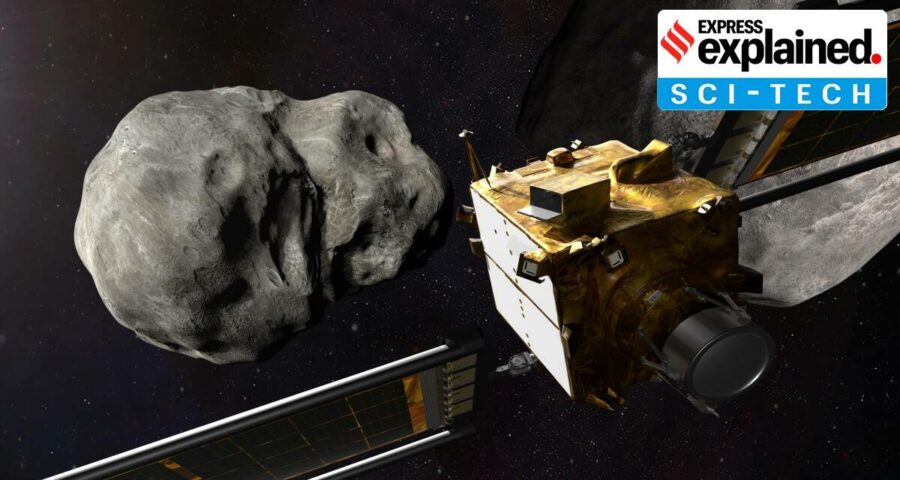 The main aim of the Double Asteroid Redirection Test (DART) mission is to test the newly developed technology that would allow a spacecraft to crash into an asteroid and change its course. 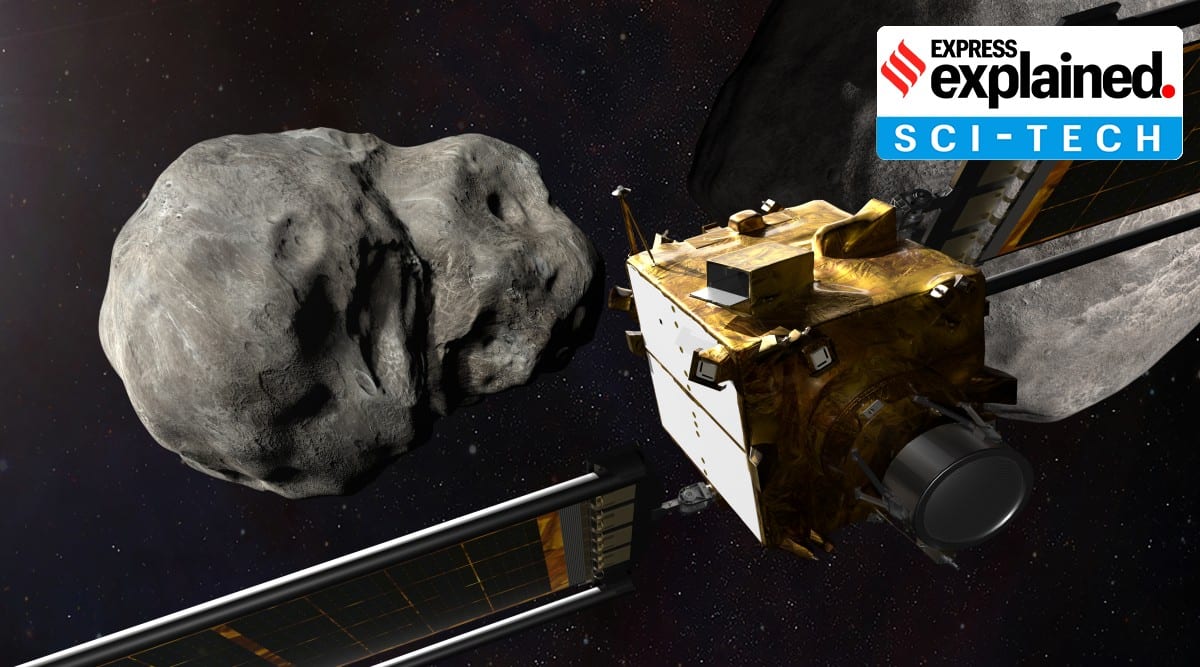 On November 24, at around 11.50 am (IST), NASA will launch the agency’s first planetary defense test mission named the Double Asteroid Redirection Test (DART). The main aim of the mission is to test the newly developed technology that would allow a spacecraft to crash into an asteroid and change its course. The spacecraft will be launched on a SpaceX Falcon 9 rocket from Vandenberg Space Force Base in California.

Which asteroid will be deflected?

The target of the spacecraft is a small moonlet called Dimorphos (Greek for “two forms”). It is about 160-metre in diameter and the spacecraft is expected to collide when it is 11 million kilometres away from Earth.

Dimorphos orbits a larger asteroid named Didymos (Greek for “twin”) which has a diameter of 780 metres. The asteroid and the moonlet do not pose any threat to Earth and the mission is to test the new technology to be prepared in case an asteroid heads towards Earth in the future.

The spacecraft will navigate to the moonlet and intentionally collide with it at a speed of about 6.6 kilometres per second or 24,000 kilometres per hour. The collision is expected to take place between September 26 and October 1, 2022.

It is a suicide mission and the spacecraft will be completely destroyed. Across the globe, various telescopes will work together and observe the event and study the impact of DART – changes in the moonlet’s orbit. In a podcast with Planetary Radio, Nancy Chabot, DART Mission Coordination Lead and Planetary Scientist for Johns Hopkins Applied Physics Lab explained that Didymos is a perfect system for the test mission because it is an eclipsing binary which means it has a moonlet that regularly orbits the asteroid and we can see it when it passes in front of the main asteroid. Earth-based telescopes can study this variation in brightness to understand how long it takes Dimorphos to orbit Didymos.

“The timing for the DART impact is when the Didymos system is closest to the Earth. So the telescopes can really make the most precise measurement possible,” she explains. 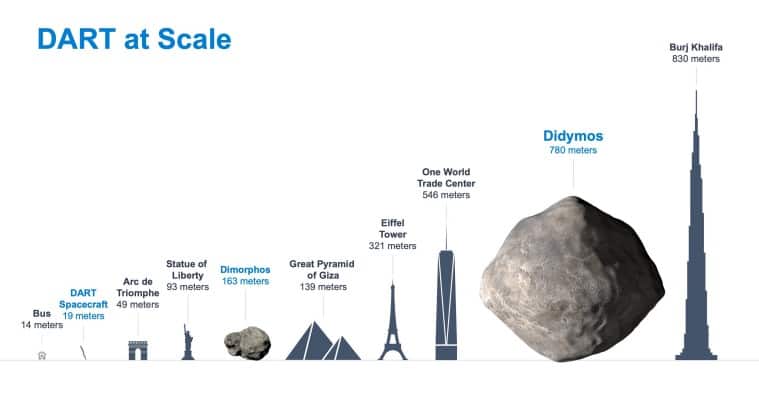 How big is the spacecraft?

NASA states that DART is a low-cost spacecraft, weighing around 610 kg at launch and 550 kg during impact. The main structure is a box (1.2 × 1.3 × 1.3 metres). It has two solar arrays and uses hydrazine propellant for maneuvering the spacecraft.

It also carries about 10 kg of xenon which will be used to demonstrate the agency’s new thrusters called NASA Evolutionary Xenon Thruster–Commercial (NEXT-C) in space. “NEXT has very high fuel efficiency and flexible operations making it ideal for many classes of science missions,” NASA said in a release last year.

The spacecraft carries a high-resolution imager called Didymos Reconnaissance and Asteroid Camera for Optical Navigation (DRACO). Images from DRACO will be sent to Earth in real-time and will help study the impact site and surface of Dimorphos.