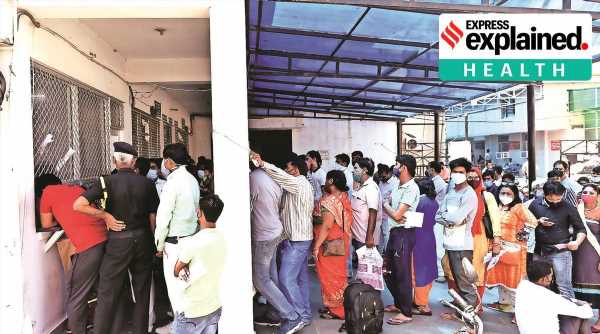 Among 1,300 individuals who tested positive twice, an ICMR study has found that 4.5% could be reinfection cases. 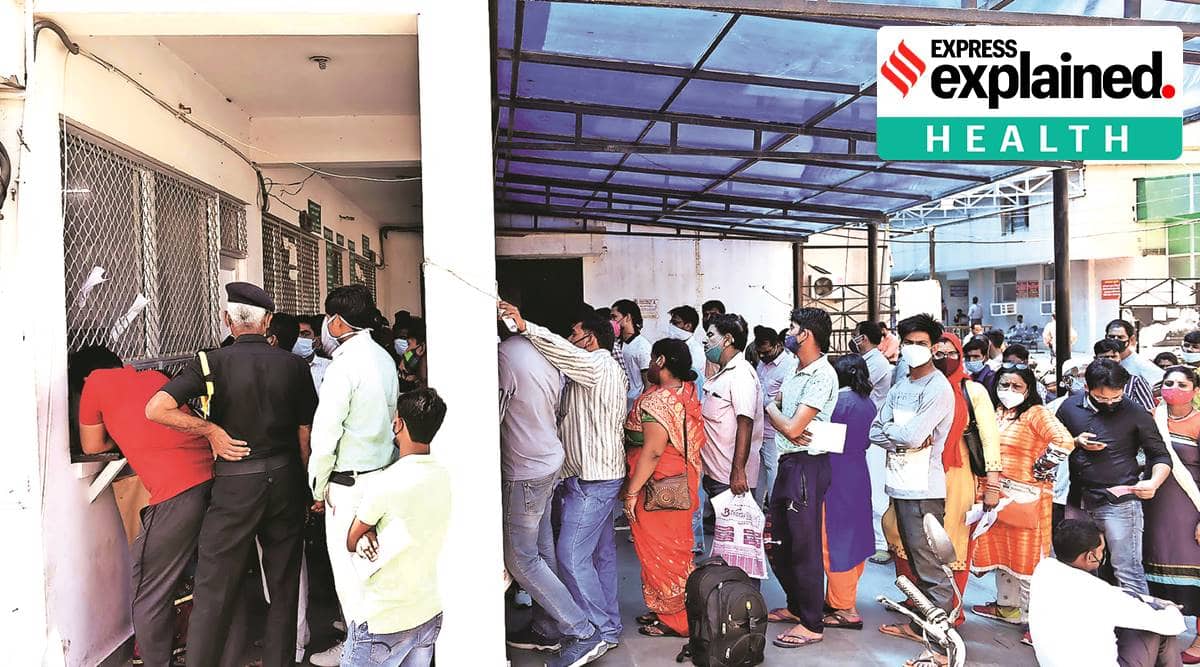 In a first-of-its-kind exercise, a team of scientists from the Indian Council of Medical Research (ICMR) has identified a set of most plausible cases of reinfection of SARS-CoV2 virus in India. In a study that has been accepted for publication in the journal Epidemiology & Infection, the scientists examined the cases of 1,300 individuals who had tested positive for the virus twice, and had undergone tests even between the two positive results.

The study found that the cases of 58 of the 1,300 individuals, or 4.5%, could actually be classified as possible reinfections. In these 58, the two positive results had come at least 102 days apart, and they also had a negative test result in between.

Why is it significant?

Reinfection with SARS-CoV2 is the subject of an open scientific discussion. As of now, it is not clear whether a person who has been infected once develops permanent immunity against the disease, or can get reinfected after some time. An understanding of the possibility of reinfection is crucial to the fight against the pandemic. It will not only help decide the intervention strategies required to control the spread of the disease, but also help assess how long people would have to depend on masks and physical distancing. It will have implications on the vaccination drive as well.

As of now, very few cases of reinfection have been confirmed. The first confirmed case was reported from Hong Kong in August last year. After that, a couple of cases from the United States and Belgium also emerged. There have been several cases of people testing positive for the virus multiple times, even in India, but not all such cases are considered reinfections. That is because of what is called “persistent viral shedding”. Recovered patients can sometimes continue to carry low levels of virus within their system for up to three months. These levels are no longer enough to make the person sick or transmit the disease to others, but it can get detected in diagnostic tests.

How can reinfection be determined?

For a conclusive proof of reinfection, scientists rely only on genome analysis of the virus sample. Because the virus mutates continuously, the genome sequences of the two samples would have some differences.

However, virus sample from every infected person is not being collected for genome analysis. That would be a herculean task, because genome analysis is a complicated procedure and takes time and effort. Samples from only a few randomly selected patients are sent for genome analysis to study the nature and behaviour of the virus. Therefore, when a person tests positive for a second time, and has to be checked for reinfection, there is usually no genome sequence from the previous infection to compare with.

In the case of the 33-year-old Hong Kong individual, scientists got lucky. His sample had been sent for genome sequencing the first time as well. So when he tested positive for the second time, the genome sequencing could be done again and the results compared.

How did the ICMR study approach the question of reinfection?

The group of scientists that carried out the study did not carry out genome analysis, because that data was not available. Instead, they looked at cases in which patients had reported positive results at least 102 days apart. That would take care of the problem of persistent viral shedding. According to the Centers for Disease Control (CDC) in the United States, viral shedding continues until only about 90 days.

As an additional measure to rule out the possibility of viral shedding, the investigators looked at only those cases in which the individual had also taken another diagnostic test between the two positive results, and had a negative result during that 102-day period.

The scientists found 58 such cases, out of the 1,300 individuals who had got positive results at least two times, until October 7, the cut-off date for the study. In other cases, one criterion or the other was not being met.

What did the study find about these individuals?

Out of the 58 individuals who met the criteria set in the ICMR study, scientists could contact 38 individuals to obtain additional information, such as the symptoms experienced during the first and second infections. The remaining 20 people did not participate in the study, either because they could not be contacted due to incorrect contact details in the registry, or because they did not want to.

Out of the 38 cases of suspected reinfection who could be conducted, 29 were male and were in the 20-40 age group. Twelve of the 38 individuals were healthcare workers. The duration between the two instances of infection ranged from 102 to 160 days.

Twenty of the 38 participants said they were symptomatic both times, with six reporting the second infection as more severe than the first. Another six said the first infection was more severe, while the remaining eight said the severity was the same in both infections.

What are the implications?

In the absence of genome analysis, these 58 cases would still not count as confirmed reinfections. But as the scientists point out, the study shows that permanent immunity cannot be assumed. Reinfection might very well be happening, and could be confirmed if it was possible to do genome analysis of every infected person.

However, because such large-scale genome analysis is not feasible, the scientists have called for a consensus on an epidemiological definition of reinfection. They say that the criteria that they themselves used for this study — a gap of at least 102 days between two reinfections, and at least one negative test result in between — could become one candidate for the definition, if more such studies corroborated the findings.