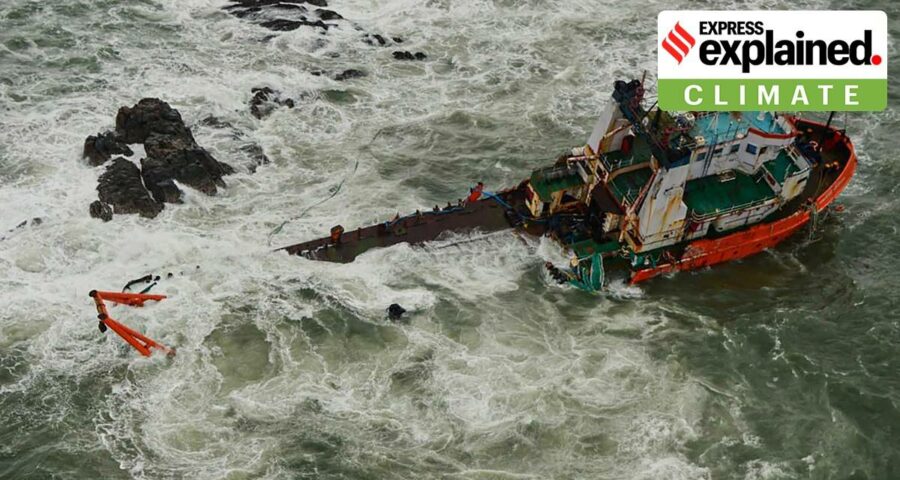 A total of four vessels have been affected. They include three construction barges of M/s Afcons, which is working on a project of ONGC in Western Offshore fields in the Arabian Sea. On Monday, the Indian Navy and the Coast Guard launched a rescue mission after four vessels went adrift off the Mumbai coast due to inclement weather and heavy rains arising from Cyclone Tautkae. What caused the accident and what is the status of the rescue mission so far?

When did the accident occur?

In the early hours of May 17, Cyclone Tauktae hit Arabian Sea off the coast of Mumbai where Oil Natural Gas Corporation Ltds major production installations and drilling rigs are located. The wind speed rose to nearly 150-180 Km/hour with six to 8 meters high waves. Due to a combination of weather factors, four vessels that the ONGC put into service went adrift in the high seas.

What kind of vessels were involved in the accident?

A total of four vessels have been affected. They include three construction barges of M/s Afcons, which is working on a project of ONGC in Western Offshore fields in the Arabian Sea. Some of these barges were serving as living quarters for men working on several offshore rigs of the oil PSU. The fourth vessel is a drilling rig of ONGC deployed for exploration purposes.

What went wrong with these four vessels?

The vessels seem to have been hit hard by the high sea swell and gusty winds. Barge ‘Papaa–305’ saw its anchors giving away causing the vessel to start drifting. The anchors of the second vessel, Barge ‘Support Station-3’, also gave away causing it to drift. The third vessel, Barge ‘Gal Constructor’, is drifting at Colaba Point with water ingress in the engine room. The ONGC’s Drill Ship ‘Sagar Bhushan’ deployed for exploration in western offshore, lost its anchors and it too started drifting north.

How many people were on these vessels?

Coast Guard operations DIG T Ashish said there were an estimated 800 people on board in the four vessels, but there was no exact count.

How was the rescue operation launched?

How many people have been rescued so far?

A total of 177 personnel have been rescued so far, however, P305 Barge is said to have sunk.