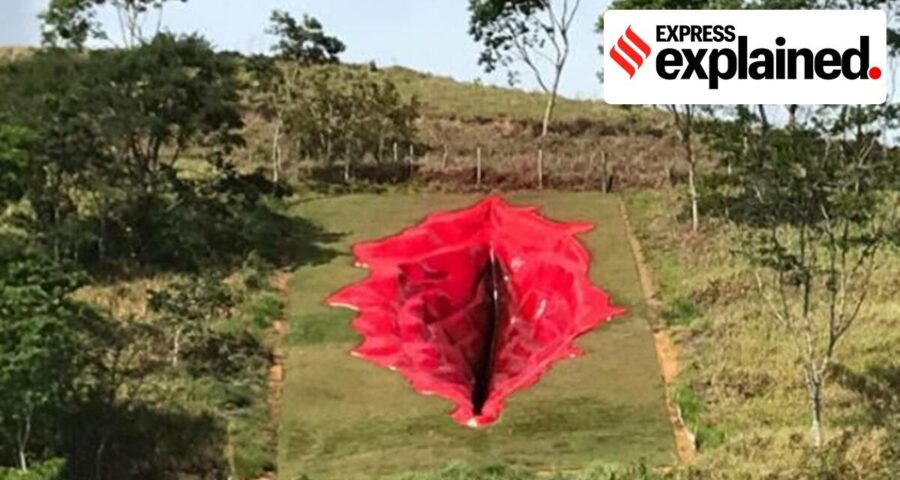 A look at the present controversy and previous instances when the depiction of vulva and vagina in art raised eyebrows. 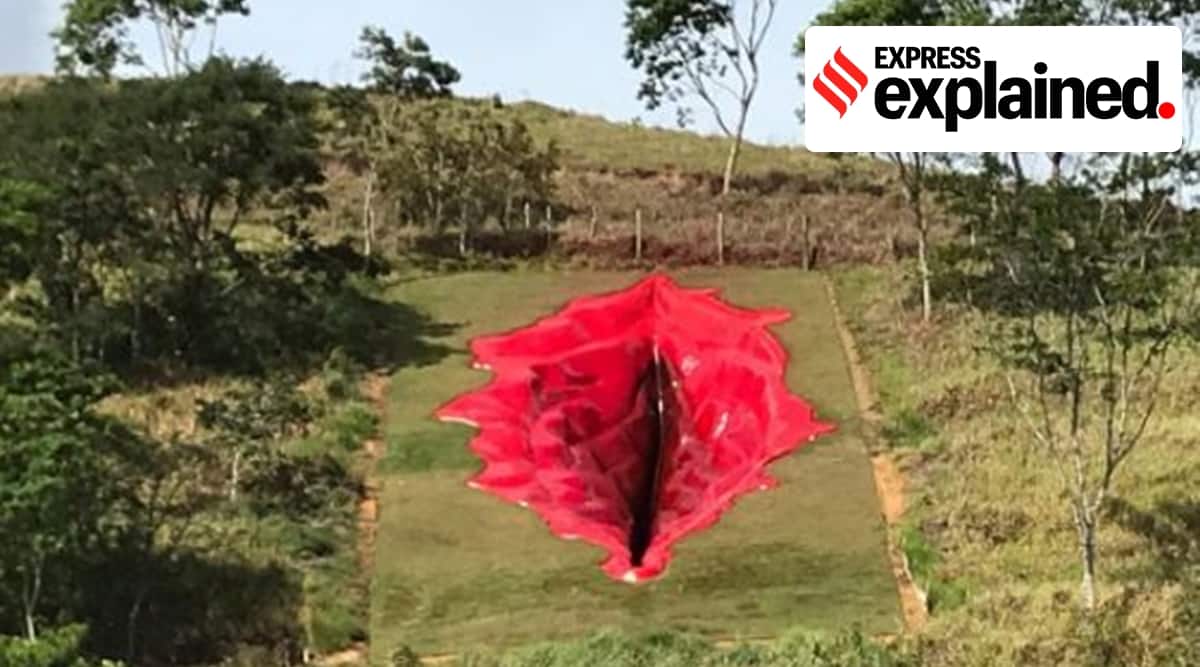 A 33-metre concrete and resin vagina sculpture on a hillside in northeastern Brazil has fueled an argument between leftists and conservatives, including allies of far-right President Jair Bolsonaro. Created by artist Juliana Notari in the state of Pernambuco, the work titled “Diva” deals with gender issues and questions the relationship between nature and culture in a “phallocentric and anthropocentric society”.

A look at the present controversy and previous instances when the depiction of vulva and vagina in art raised eyebrows.

What is the controversy around Notari’s work?

In a Facebook post describing the handmade work titled “Diva” — that was in the making for 11 months — the Brazilian artist, who works in diverse mediums, noted how it was supposed to “question the relationship between nature and culture in our phallocentric and anthropocentric western society” and discuss the “problematisation of gender”. While supporters of her work argue that it is important to raise questions and initiate a dialogue on the subject, those critical allege that it does not fulfill the intended purpose.

Depiction of female genitalia in art in ancient times

The vagina and vulva have reportedly been depicted in art since prehistoric times. According to experts, the cave of Chufín in Riclones in Cantabria (Spain) has prehistoric rock art which depicts the vulva. Eleventh and 12th century architectural grotesques ‘Sheela na gigs’ — found particularly on churches and castles in Ireland and Great Britain — are figurative carvings of naked women displaying an exaggerated vulva.

Recent instances that created a controversy

In the last decade, several controversies have emerged related to works depicting the female genitals.

* In 2012, social media giant Facebook faced trial in France after it blocked a French teacher’s account after he posted an image of a 1866 Gustave Courbet painting of the female genitals, titled “The Origin of the World”. The teacher filed a complaint against Facebook, saying the site could not differentiate between pornography and art and for violating his freedom of speech.

* Going by the pseudonym Rokudenashiko, artist Megumi Igarashi was arrested in Japan in 2014 for violation of Japanese obscenity laws, including “obscenity display”, for e-mailing the 3D scanner data of her vulva in March to people who supported the crowdfunding campaign to build a kayak inspired by her own genitalia.

* Turner Prize-winning British artist Anish Kapoor’s installation titled “Dirty Corner” at Versailles castle in Versailles, outside Paris, created a huge controversy in 2015. Dubbed as “Queen’s vagina” by the French media, the funnel-shaped work was vandalised thrice. It was smeared with anti-Semitic slogans, including “At Versailles Christ is King” and “The second rape of the nation by deviant Jewish activism”. Indian-origin Kapoor was born to a Jewish mother of Iraqi ancestry and a Hindu father. While the artist wanted the offensive slogans to remain as “scars of the renewed attack”, a French court ruled the vandalism must be erased and covered in gold leaf.