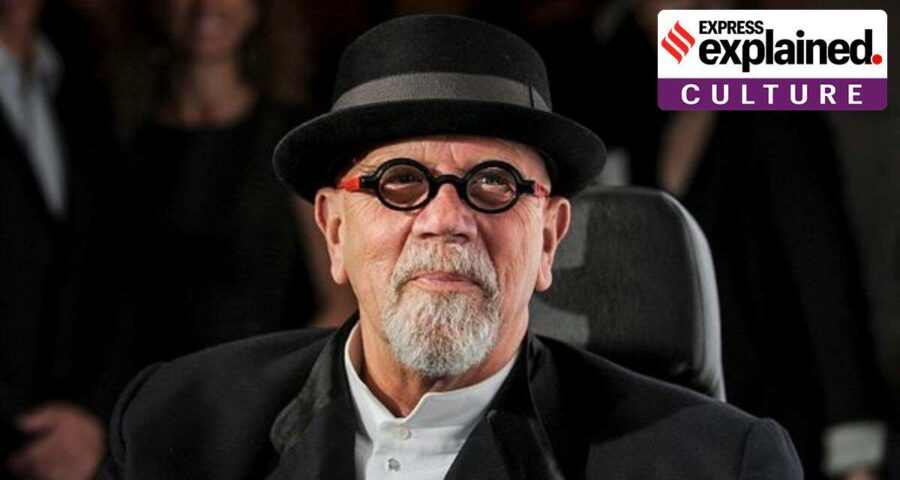 Chuck Close himself projected an impressive authorial persona. At 6-foot-3 with a deep voice, a quick wit and a kind of goofy face, he was so widely liked and so ubiquitous that he was once called the “Mayor of SoHo.” 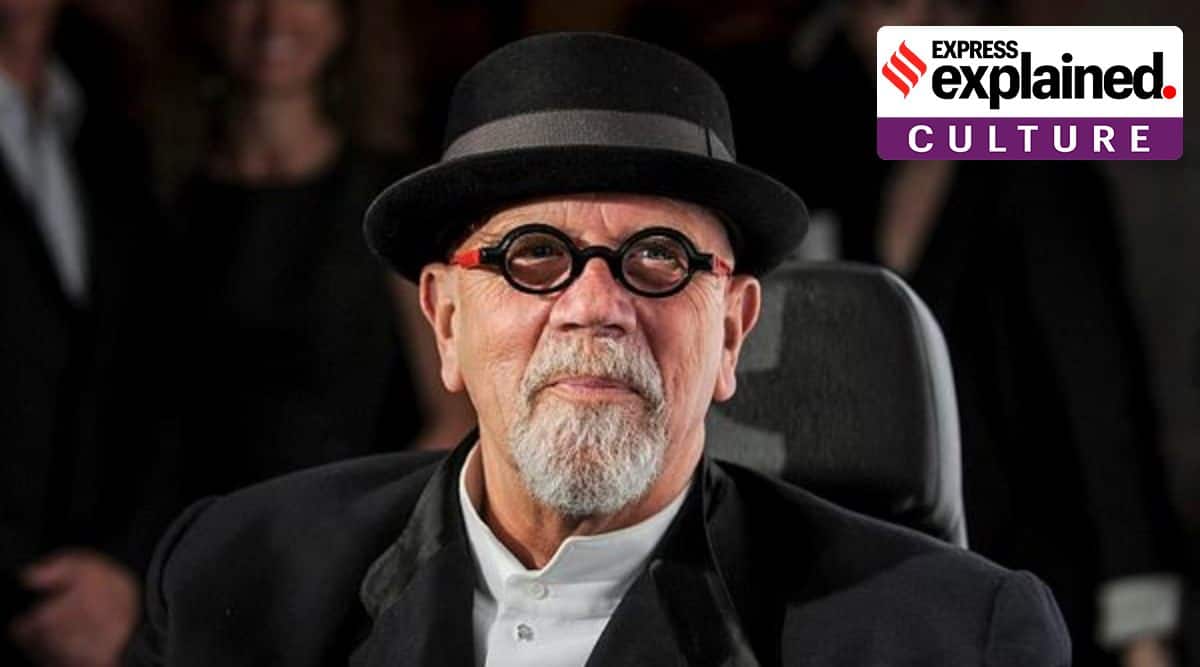 Chuck Close’s life as an artist divided into three distinct phases — two successful, one not. From 1967 to the end of 1988, he was a celebrated painter, a singular kind of photorealist known for enormous grisaille portraits of intimate friends and family (and himself, perhaps his favorite subject) rendered on a pencil grid with watered-down paint and an airbrush. His work was immanently desirable. Museums and private collectors started vying for it even before he had his first solo gallery show in New York in 1970. It had the instant pow of pop art — indeed the artist had stated his desire to knock people’s socks off. But it also had the haughtier, more conceptual imprimatur of post-minimalism, arguably the last avant-garde art movement of classic modernism. He was equally admired by the cognoscenti and the public.

The artist himself projected an impressive authorial persona. At 6-foot-3 with a deep voice, a quick wit and a kind of goofy face, he was so widely liked and so ubiquitous that he was once called the “Mayor of SoHo.” At times he seemed like the chief uptown representative of the downtown art world, attending dinners and benefits and serving on the boards of museums (including the Whitney Museum of American Art) and foundations. 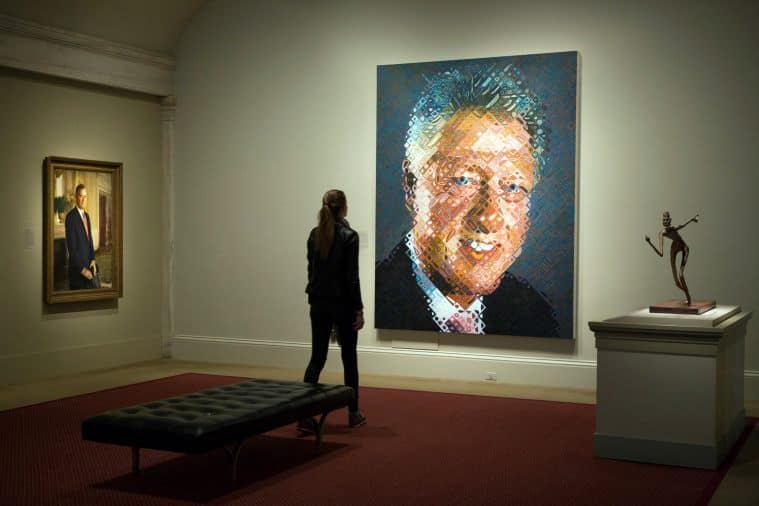 It was while fulfilling a civic duty at Gracie Mansion the night of Dec. 7, 1988 — presenting an award — that Close felt so ill that he walked to the nearby Doctors Hospital. By morning he was paralyzed from the neck down, having suffered the collapse of a spinal artery. He ultimately regained use of his arms and was able to paint with a brush strapped to his hand and forearm.

This was the beginning of the second phase of Close’s career, as an even more successful painter. His condition forced him to devise a new way of working that actually rejuvenated and improved his art. I remember the thrill of his 1991 show, when he unveiled his latest big heads, as always based on photographs he had taken — Elizabeth Murray, Eric Fischl, Lucas Samaras and Roy Lichtenstein, one of Close’s few images in profile. Not only was he painting again, but these were also his best efforts since his black-and-white portraits from the late ’60s. Precise rendering was now beyond his skills: The grids had been enlarged and filled with luscious strokes of bright color. Up close, they read as tiny abstract paintings. From afar they had a pixelated, hallucinatory buzz that nonetheless also revealed their photographic roots.

Already widely liked and respected, Close seemed for a time to become even more cherished, heroic. He appeared often at gallery openings — especially at Pace, which represented him since 1977 — surrounded by well-wishers, as he motored about in his state-of-the-art wheelchair. It was hard not to be impressed by the sheer fierceness of will that enabled him to continue his life as an artist. Luckily, Close — made wealthy by his work -— could pull it off with style.

And then, at the end of 2017, Close suddenly became persona non grata in many parts of the art world after several young women accused him of sexual harassment. Two museums canceled exhibitions of his work and others removed it from display. While artists’ work often drops from view for a time after their death, Close outlived his art’s greatest visibility.

It was a sad end brought on by the artist himself, to what increasingly seems a strange career, plagued almost from the start by the repetitiousness of his work. By the time the accusations surfaced, Close had already absented himself from the art world, giving up his home and studio in East Hampton for new quarters mid-Island in Long Beach and establishing a second base of operations in Florida.

His obituary in The New York Times revealed that in 2013 Close had been diagnosed with Alzheimer’s, adjusted in 2015 to “frontotemporal dementia.” It quoted his neurologist as saying that the illness might have contributed to his inappropriate behavior. I suspect this is true, although it seems likely that Close’s fame fueled a sense of entitlement, which is not unheard of.

I actually think Close was a particularly great one-hit wonder, twice. His idea of the head rendered colossal and detailed enough to dislodge anyone’s socks propelled portraiture into the 21st century, and supported a certain kind of lateral expansion — a franchising, if you will. It translated well into different mediums — prints, drawings, Polaroids, paper-pulp collages, ink-stamped fingerprints, daguerreotypes and even tapestries. Every time the medium changed, the work changed physically, but it wasn’t enough. 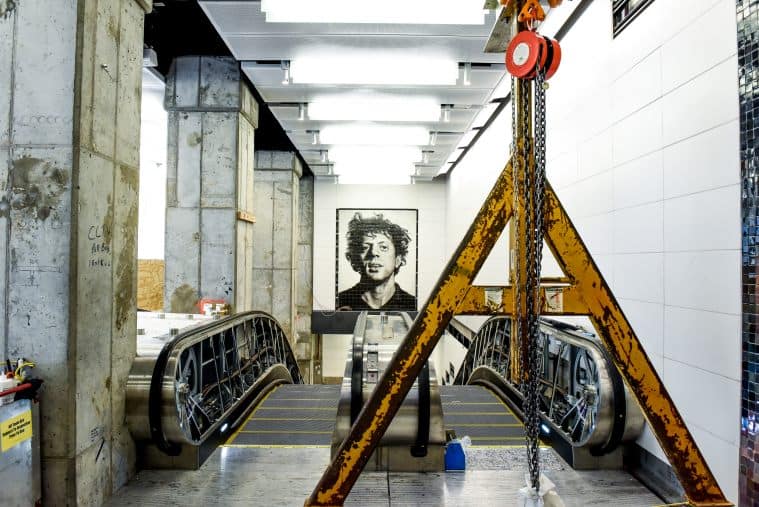 This lateral growth provided only the appearance of development, but actually there was very little in Close’s work. Only his paralysis had forced his idea of scale and process into new territory — perhaps beyond his wildest imagination — bringing about a change that he had been tentatively flirting with for nearly a decade: of brighter colors, more freely applied, that distorted the image and messed with visual perception in new ways.

Part of the problem may also have been his art’s popularity: Through its ubiquity and sameness, it became a kind of corporate brand that stood for contemporary museum art and also for Pace Gallery. It was different from other artists, such as Josef Albers or Mark Rothko, for example, who progressed to motifs that seemed unchanging only after decades of exploration.

It will be interesting to see when and how Close’s career is rehabilitated and whether it will garner an “asterisk,” a label warning viewers of the less-savory aspects of his life. Because rehabilitation seems inevitable. Even when the scandal was at its height, museum directors defended his work — pointing to other artists guilty of offensive behavior down through the centuries but who made worthy — or at least museum-worthy — art.

And Close’s work is in many, many museums — a staple of any self-respecting public collection. His big visages continue to startle and even thrill without offending. They are extremely accessible and slightly sensational at a time when museums are being careful to play down their elitism and push public outreach. I suspect his paintings will not be out of sight for long. And who knows, maybe asterisks aren’t so bad. There are scores of male artists who qualify, maybe some female ones, too. It’s healthier to see them — and their work — without the rose-tinted glasses.