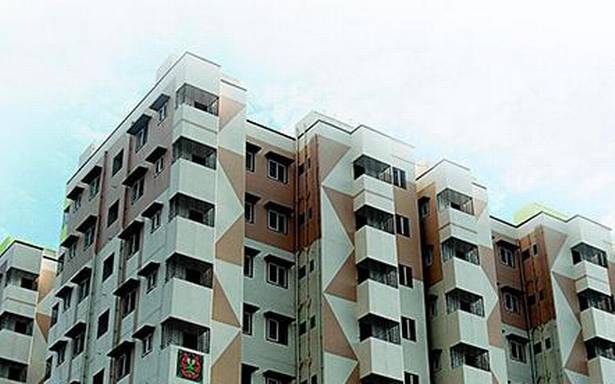 The story so far: The 126-member Assam Assembly on August 13 promulgated a tenancy Act aimed at establishing a rent authority to regulate market-driven renting of premises while protecting the interests of both the landlord and the tenant. Housing and Urban Development Minister Ashok Singhal said Assam became India’s first State to introduce the model tenancy Act.

What is the model tenancy Act?

The Assembly had on August 9 introduced the Assam Tenancy Bill, 2021, to replace the Assam Urban Areas Rent Control Act of 1972. The tabling of the Bill followed an August 6 Cabinet decision to do away with a rule for people to seek the government’s permission for the sale and purchase of flats in Assam.

The Assam Tenancy Act, 2021, seeks to provide an adjudication mechanism for speedy resolution of disputes between landlords and tenants through a rent authority, a rent court and a rent appellate in each district. According to the State government, the Rent Control Act had certain deficiencies and was not in sync with the demands of the market-driven economy. Mr. Singhal said the Act was necessary because of various contentious issues with landlords not letting out accommodation due to the refusal of some tenants to respect agreements while leaving the premises. The model tenancy Act makes the process of letting out easier, he added.

What are its salient features?

The Act envisages a rent authority to regulate the renting of premises while protecting the interests of both landlords and tenants. It has done away with the “artificial cap” on fixing the rent of a premise as prescribed in the 1972 Act. The rent of a building will be market-driven and determined by mutual agreement between tenants and landlords, it says.

Apart from the setting up of the rent authority, rent court and district-wise rent appellate, the Act specifies the duties and obligations of landlords and tenants regarding maintenance and upkeep of the premises, eliminating any ambiguity in this regard. The Act makes it mandatory to submit a new tenancy agreement to the rent authority concerned and prescribes a security deposit for a maximum of two months for residential premises and six months for commercial property.

What is the new Act based on?

The new law was drafted on the basis of the Model Tenancy Act the Central Cabinet had on June 2 approved for adoption and enactment across all States and Union Territories. The approval of the Act came more than six years after it was mooted.

Housing and Urban Affairs Minister Hardeep Singh Puri had then said the government expected the BJP-ruled States to roll out the Act for opening up a large number of residential and commercial properties for rental purposes as the “legal framework will eliminate the fear of owners losing their properties”. He also hoped the other States would follow suit as the Act “benefits the common man”.

How has the Act been viewed?

The BJP has termed it a landmark piece of law. The Opposition parties in Assam, specifically the Congress and the All India United Democratic Front, have chosen to “study the clauses in details” before reacting. However, people have taken to social media expressing concern about the law being tilted in favour of landlords, although there are provisions barring the landlord from cutting off essential supply to the premises occupied by a tenant and not evicting the latter during the continuance of the tenancy agreement unless otherwise agreed to in writing by both the parties.

The main area of concern is the set of responsibilities prescribed for tenants to look after the rented premises. These include cleaning of drains, kitchen fixture repairs, replacement of glass panels on doors and windows, and maintenance of gardens and open spaces. The responsibilities of a landlord include structural repairs except those necessitated due to damage by a tenant, whitewashing of walls, plumbing repairs and maintenance of internal and external wiring when necessary.