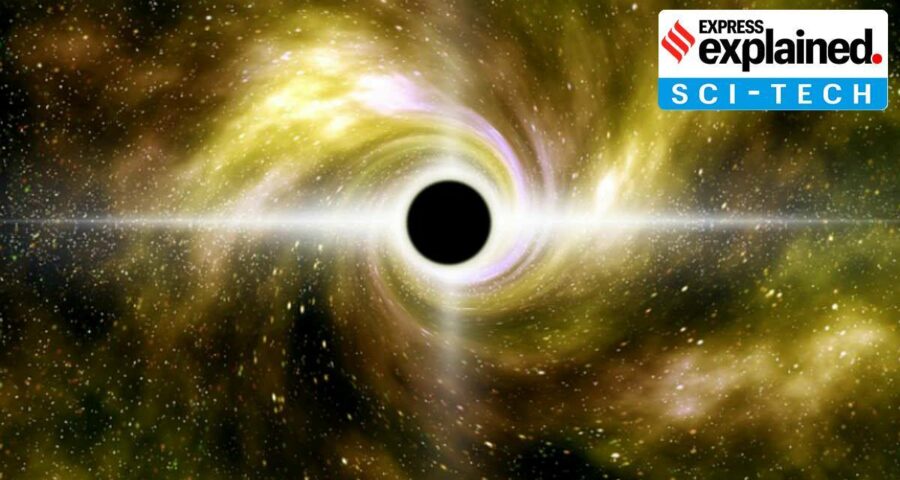 Scientists have been looking for the black hole using NASA’s Chandra X-ray Observatory and Hubble Space Telescope, and have so far found no evidence that it is anywhere to be found. A supermassive black hole, which is estimated to weigh up to 100 billion times the mass of the Sun, is seemingly missing, leaving astronomers perplexed.

Scientists have been looking for the black hole using NASA’s Chandra X-ray Observatory and Hubble Space Telescope, and have so far found no evidence that it is anywhere to be found.

Not unexpectedly, many social media users have expressed confusion about the black hole’s whereabouts, which is supposed to be at the centre of a far-off galaxy.

The black hole is supposed to be located in Abell 2261, an enormous galaxy cluster that is about 2.7 billion light-years away from our planet.

One light-year is the distance that a beam of light travels in one Earth year, which is 9 trillion km. On the scale of the Universe, astronomers measure the distance from stars and galaxies in the time it takes for light to reach us. So, when we look at a celestial object, we are looking at how it appeared that long ago in the past.

At 2.7 billion light-years away, the Abell galaxy is at an overwhelmingly large distance away from us.

So, what could have happened?

Every large galaxy in the universe has a supermassive black hole at its centre, whose mass is millions or billions of times that of the Sun, according to NASA. The black hole at the centre of our galaxy– the Milky Way– is called Sagittarius A*, and is 26,000 light-years away from Earth.

Scientists have been using data gathered in 1999 and 2004 to look for the centre of the Abell galaxy, but have so far been unable to find its black hole.

A reason for this, according to a team at the University of Michigan in the US, could be that Abell’s black hole has been ejected from the centre of the galaxy.

The researchers, who have based their reasoning on 2018 data from NASA’s Chandra Observatory, posit that this may have happened because of the merging of two smaller galaxies to form Abell– a process in which both of their black holes merged to form an even bigger black hole.

When two black holes merge, they release what are known as gravitational waves– invisible ripples travelling at the speed of light, which squeeze and stretch anything in their path. As per the theory of gravitational waves, during such a merger, when the amount of waves generated in one direction is stronger than another, the new big black hole can be sent away from the centre of the galaxy into the opposite direction. This is known as a “recoiling” black hole.

So far, though, scientists are yet to find definitive evidence for recoiling black holes, and are still to discover whether supermassive black holes can merge and release gravitational waves. As of now, only mergers of significantly smaller black holes have been verified.

Should the hypothesis by the Michigan researchers turn out to be true, it would mean a major breakthrough in astronomy.