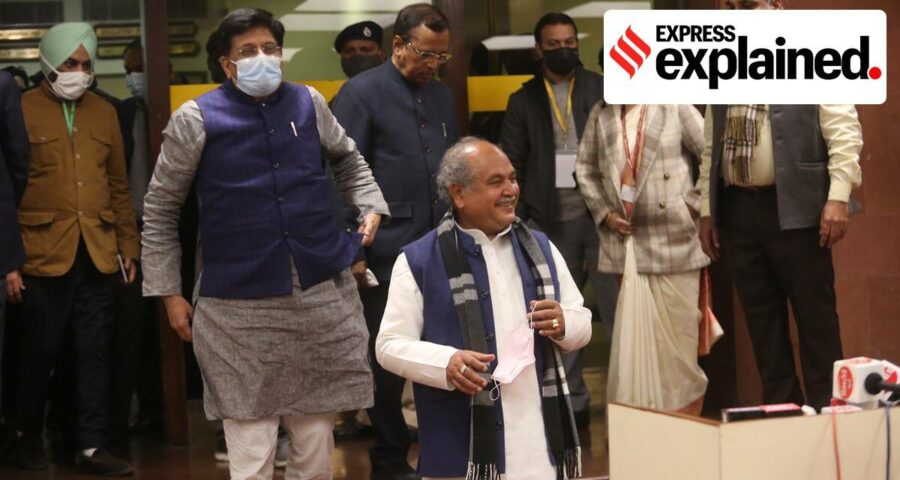 The government has proposed that the farm laws be kept on hold for 18 months, or till such time that a proposed joint committee submits a report. 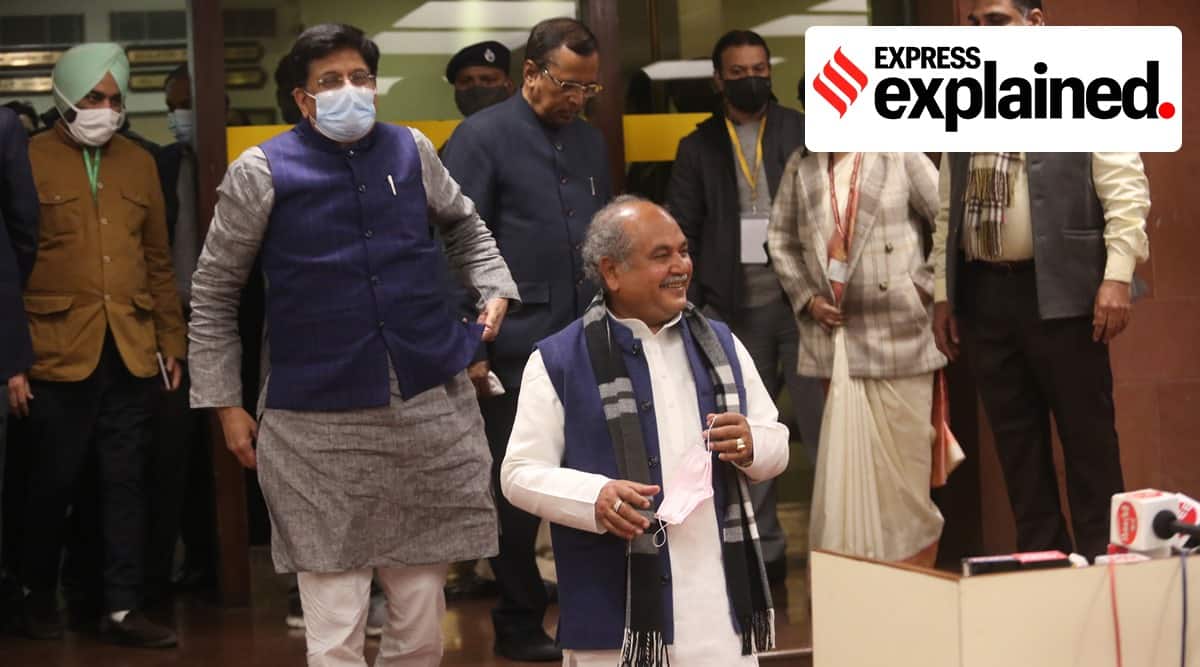 After a round of internal discussions on Thursday, farmer unions rejected the government’s offer on keeping the farm laws on hold to break the impasse over their protest against the same. Desperate to end the stalemate, the government was hoping this offer would work. The Supreme Court’s move to stay the implementation of the contentious farm laws, the RSS leadership’s public statement urging the government to be sensitive and end the farmers’ protests, and apprehensions over giving out issues for the Opposition to be united in Parliament during the Budget Session seem to have forced the government to climb down from its adamant position.

Although “keeping the implementation of the contentious laws in abeyance” was to be the last option, the ministers maintained they were ready for the long haul. But, on Wednesday, the Centre offered a joint committee of government and farmer representatives to address the grievances. The government has also proposed that the laws be kept on hold for 18 months, or till such time that the proposed committee submits a report.

Five reasons are being cited for the government’s decision to keep the laws on hold for 18 months.

🔴 Supreme Court’s move to stay the implementation of the law: In its interim order on January 12, the apex court stayed implementation of the three new farm laws — rarely does the Supreme Court stay a law passed by Parliament. The government did not anticipate this, sources said. Some BJP leaders saw the court’s decision to appoint an expert panel as “a way out” for the government which has been desperate to end the protests that have dragged on for well over a month. Some leaders expressed resentment over “judicial overreach”.

🔴 RSS leadership’s public statement calling for “sensitivity” in dealing with the agitation: In an interview with The Indian Express, RSS Sarkaryawah (general secretary) Suresh Bhaiyyaji Joshi has said “a middle ground must be found and both sides must work to find a solution”. In that rare public remarks, seen as an exhibition of the Sangh’s disillusionment over the way the government has handled the issue, Joshi underlined that “its not good for the health of society for any agitation to run for too long” and said that the RSS wanted the “agitation to end quickly”. According to a senior BJP leader, it was a “clear message” to the BJP leadership that the “Sangh was not at all happy with the developments”. He said: “It could not be clearer than that”. Although the BJP leadership keeps the governance issues away from Sangh influence, the party would not want its leaders — many with strong RSS background — to be divided on the issue. 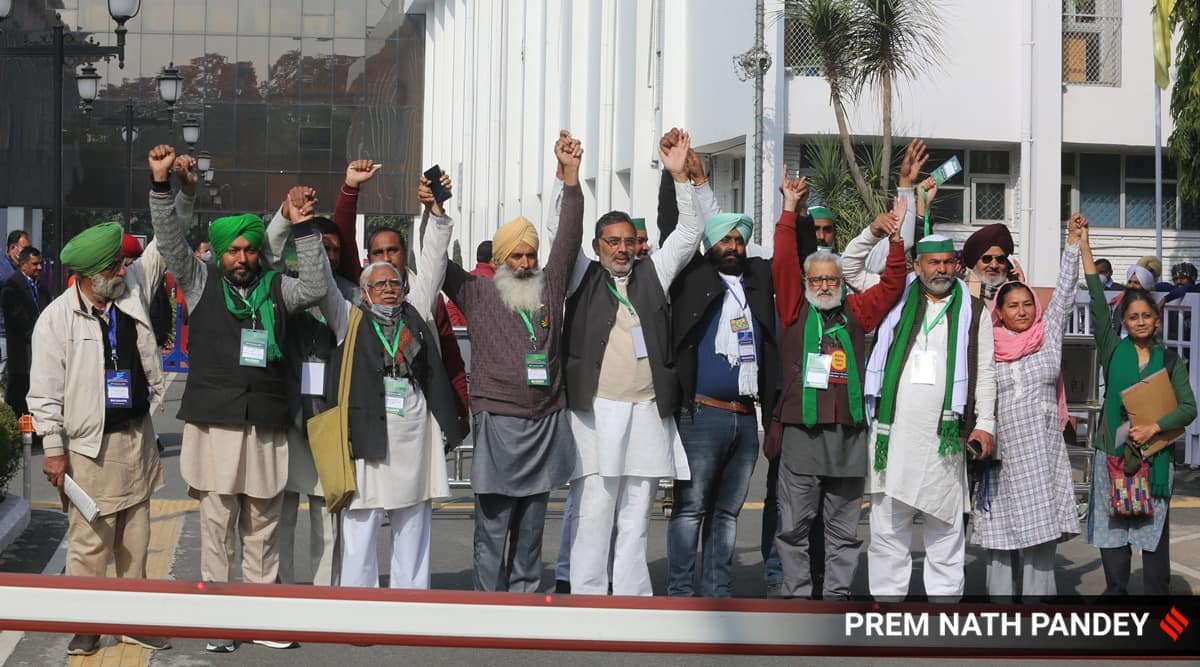 🔴 The Sangh leadership’s open call could embolden those “disapproving voices” inside the party: A number of party leaders have pointed out that the government could have had more deliberations on the Bills or that it could have been referred to a select committee once the objections were raised, which would have weaken the opposition to the laws.

🔴 The tractor rally: The Supreme Court’s stand that Delhi Police should decide on the entry of protesting farmers into Delhi on Republic Day has also disappointed many in the government. A tractor rally on Republic Day in the national capital is not the optics the government would like to have, said a party leader. “The government is now trying to avoid such an embarrassment, and it wanted to resolve the issue at least temporarily,” added the leader. “If the farmers hold the rally, even the Republic Parade will be overshadowed and it would create a major embarrassment for the government.”

🔴 Parliament session: With the budget session set to begin on January 29, the Opposition is gearing up to corner the government on the farm laws and the unrelenting protests at Delhi’s borders. “With many parties — including regional parties and some allies — expressing their support to the farmers, the BJP could be isolated on the issue in Parliament. This will give the opposition an opportunity to be united against the government. Even if the arithmetic is in our favour, the party does not want to give the Opposition the opportunity to rally smaller parties against the government,” said a party leader.

While a move to keep the laws on hold for a few months could give a breathing space for the government, some party leaders pointed out that such climb down would create a bad precedence. “Once you take a U-turn on a major reform, there will always be pressure against every move. Once given up, you will be forced to do so in other issues also,” a party leader warned.