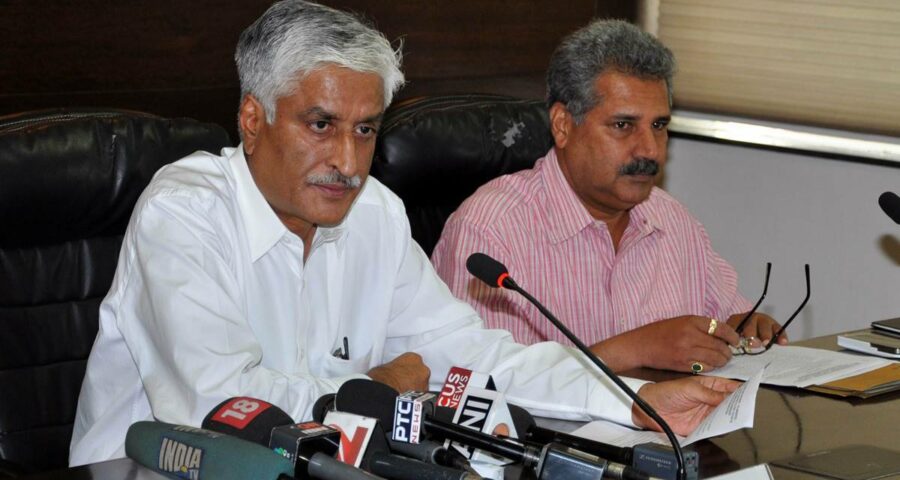 A bench of Justice Arvind Singh Sangwan, while issuing granting bail to the former top cop, observed that “the involvement of petitioner in multiple cases can be a political ploy in the wake of coming state legislative Assembly general elections". 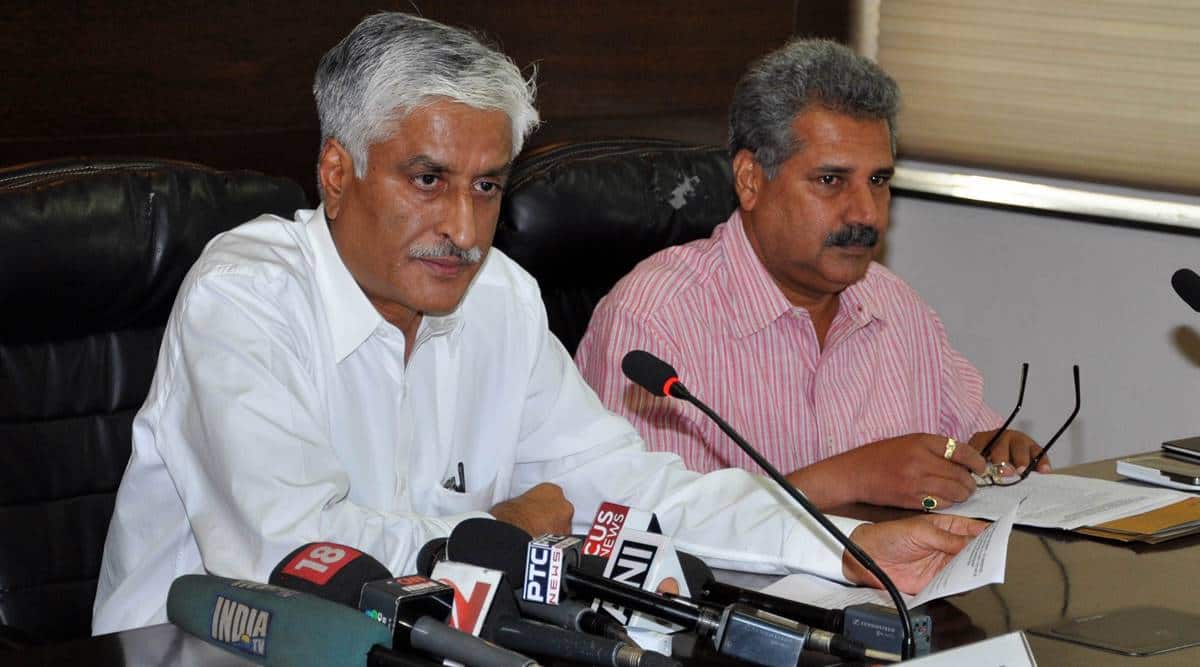 The Punjab and Haryana High Court on Friday stayed the arrest of former Punjab DGP Sumedh Singh Saini in all cases pending against him, or likely to be registered, till assembly elections in Punjab slated to be held in February next year. The court also stayed further investigation in all the FIRs pending against Saini, with one exception – the Balwant Singh Multani murder case which is pending before the Supreme Court.

A bench of Justice Arvind Singh Sangwan, while issuing granting bail to the former top cop, observed that “the involvement of petitioner in multiple cases can be a political ploy in the wake of coming state legislative Assembly general elections”.

The court, exempted Saini from personal appearance till February 2022 before any court where any trial is pending against him but directed him not to leave the country without prior permission.

The orders came on a plea filed by Saini in 2018 wherein he had sought to hand over the investigation of any matter registered against him to the Central Bureau of Investigation or any other independent agency outside Punjab. Saini, in his plea, had stated that he is apprehensive about being falsely implicated in criminal cases on account of malice and ulterior motives on part of the political party in power in the state.

Saini, through his counsel – senior advocates APS Deol and Vinod Ghai assisted by advocates HS Deol and HS Oberoi – had also sought directions to the Punjab government to keep any proposal for arresting him in any criminal matter, in abeyance for a specific period so that he could seek recourse to his legal remedies.

Saini’s lawyers argued that in the wake of the Punjab Assembly elections, due in February 2022, the former DGP might be targeted. The petitioner, they said, even feared that before the elections are held next year, the state government may adopt illegal methods to arrest him by citing his name in different cases.

Notably, the Punjab vigilance bureau department on August 18 had arrested the former DGP in an alleged corruption case. The investigating officer in the case had then stated that he was not satisfied with Saini’s replies in the case as a reason for putting him under arrest. A day later, the high court, while terming the arrest “as illegal and in violation of earlier court orders”, had granted him bail and ordered his release.

During the hearing on Friday, Special Public Prosecutor SS Narula contended that an application had been moved by the state seeking removal of anticipatory bail for Saini in another FIR on the ground that he had failed to fulfill the obligation of coming to the police station. He added that a notice had been issued by the HC in the same case.

Senior Advocate, Sumeet Goel, representing the CBI, submitted that this was not a case that may be referred to the central agency as per guidelines of the Supreme Court.

Before getting into the detailed facts of the case in his judgment, Justice Sangwan first cited a story from the Panchtantra to highlight the “evolution of legal jurisprudence in India.”

“I find merit in the submissions made by senior counsel for the petitioner that his [Saini’s] involvement in multiple cases can be a political ploy in wake of the coming Punjab Assembly elections. I am also conspicuous of the dare shown by the Punjab Police officials in trying to overreach the court as noticed above which is also a circumstance to be considered about the nature and quality of investigation being conducted in the FIRs,” Justice Sangwan said.

“Considering it to be a case of exceptional circumstances and hardship being caused to the petitioner by the state of Punjab (on political grounds), there will be a clear stay for the arrest of petitioner in all cases pending or likely to be registered or registered or where he is sought to be implicated in the aid of Section 120 B IPC (conspiracy),” he added.

“The only exception would be FIR No. 77, where the matter is pending before the Honourable Supreme Court,” the court ruled.

This relates to the disappearance and murder case of junior engineer B S Multani in 1991 in which the Supreme Court had granted anticipatory bail to Saini.

The court also stayed conducting further investigation in all the FIRs pending against Saini.

“Attempts are made to arrest Saini in the aid of Section 120 B IPC as even in the previous FIRs where such attempts are made and the petitioner had to file repeated petitions before this court,” the judge wrote in his 46-page order.

The case will now come up for hearing on December 13.

Saini has been facing four cases, including forgery and cheating.