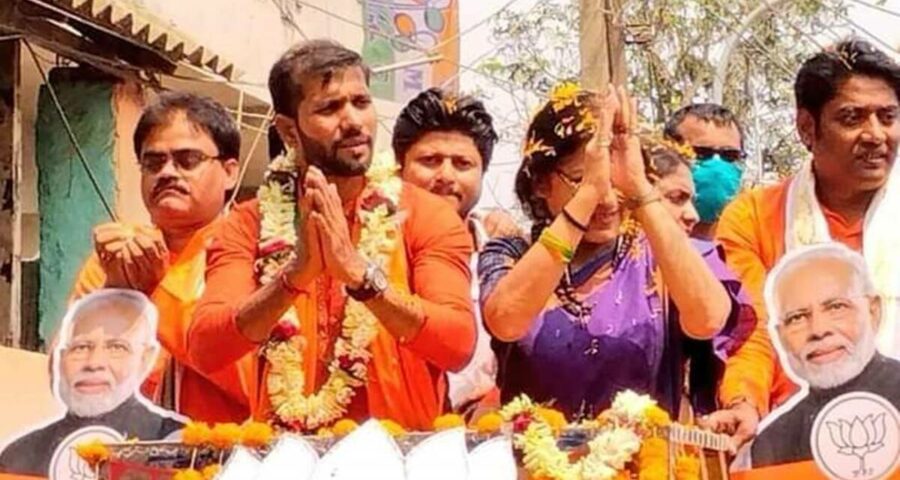 Dinda was returning from a roadshow when his SUV was attacked around 4.30 pm by hundreds of "goons", wielding lathi and rods, his manager said. 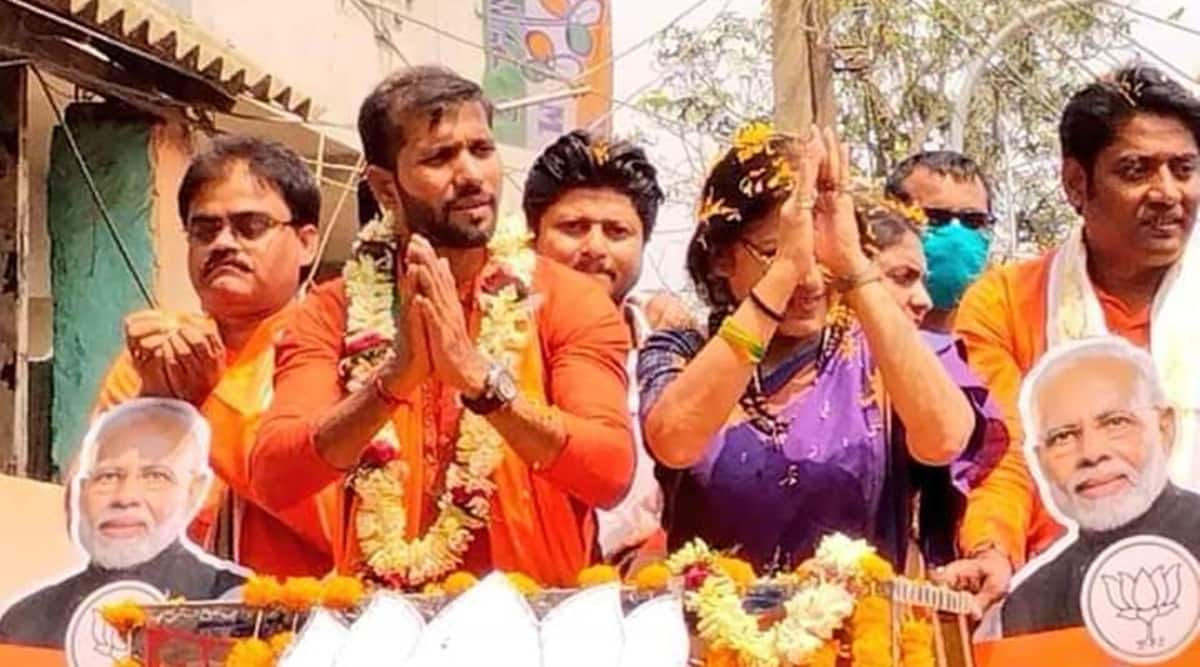 Former India speedster Ashok Dinda, the BJP’s candidate from Moyna in West Bengal’s Purba Medinipur, was allegedly attacked and his vehicle vandalised during the campaign on Tuesday, prompting the Election Commission to seek a report from the district authorities.

Dinda was returning from a roadshow when his SUV was “attacked around 4.30 pm by hundreds of goons wielding lathi and rods”, his manager said.

They also hurled stones at the vehicle, injuring the former cricketer on his shoulder, he said.

“The incident happened right in front of Moyna Bazar when we were returning from a roadshow. There was one local TMC goon, Shahjahan Ali, who along with others, numbering more than a hundred, attacked with lathi, rods and bricks,” the manager told PTI.

“There was no way we could escape as they had blocked all the roads. Dada, was sitting in the middle row and fortunately could lower his head as one huge brick flew in, shattering the front window pane,” he claimed.

Dinda is in severe pain following the injury to his shoulder, he said.

The TMC denied the allegation, saying the attack was the result of infighting within the BJP.

“The BJP old-timers could not accept Dinda as the candidate so they attacked him. TMC has no connection to the incident,” TMC’s district president Akhil Giri said.

The Election Commission sought a report from the district administration in connection with the incident, an official said. “An immediate report has been sought regarding the attack on Dinda,” he added.