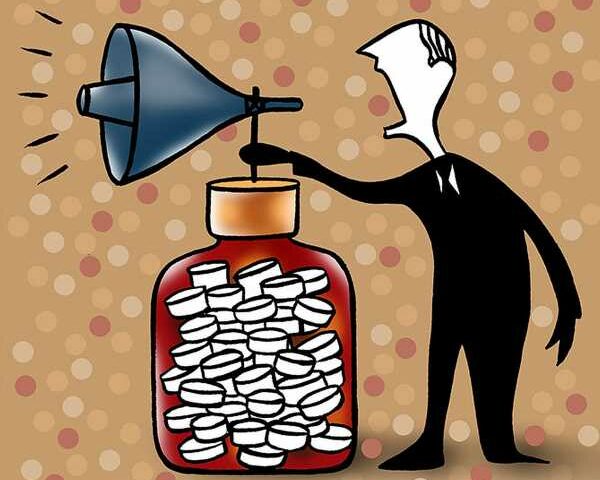 ‘Gift-giving’ – from free dinners and drug samples to promotional merchandise – seems to be driving drugmakers’ marketing – a marketing prescription deeply entrenched in the industry.

This is a well-oiled racket that sees pharmaceutical (pharma) companies ‘gifting’ doctors to push their respective drugs under the guise of marketing.

But is there a cure in sight to end this unhealthy alliance?

The recent controversy following the income-tax raids on Bengaluru-based drugmaker Micro Labs, makers of popular paracetamol brand Dolo-650, has brought this to the fore, again.

It is likely to move the needle on making the Uniform Code for Pharmaceutical Marketing Practices (UCPMP) a legally binding code of ethics.

This code – governing the conduct of pharma companies in their marketing practices – is yet to be implemented.

But the Supreme Court is hearing a plea seeking direction to the Centre to give UCPMP a statutory basis – and make it effective, transparent, and accountable.

The Federation of Medical and Sales Representatives’ Associations of India President Ramesh Sundar told Business Standard that the government has been dragging its feet for the past several years on implementing the UCPMP which codifies the dos and don’ts for promoting drugs to pharma companies, the roles played by medical representatives, etc.

“It is a voluntary code and not legally binding on companies.

“If found guilty of unethically promoting drug brands to doctors, companies should face the same penal action as is mentioned in the Indian Penal Code for bribery and other similar unethical practices,” says Sundar.

The court has now given time to the Union government to respond.

Sector watchers following the matter closely for years say the UCPMP is caught in a kerfuffle between the Department of Pharmaceuticals (DoP) – under the Ministry of Chemicals and Fertilizers – and the Union Ministry of Health.

“The DoP is complicit with the industry in not making the UCPMP legally binding on companies.

“It falls upon pharma associations to enforce the voluntary code.

“They neither have the power nor the incentive to punish companies,” alleges Malini Aisola, co-convenor, All India Drug Action Network.

Aisola adds that a previous attempt to create a legal instrument by DoP was rejected by the law ministry as ‘unworkable’ under the Essential Commodities Act and thereafter DoP consciously tried to shelter companies by promoting the voluntary code, notwithstanding evidence of its colossal failure.

“Ethical marketing and promotion should be brought within the ambit of the new Drugs, Medical Devices, and Cosmetics Act being formulated.

“We have repeatedly been making this recommendation.

“The nodal ministry to administer the statutory provisions would shift to the Union health ministry and this is where DoP does not want to forfeit its turf and permit for regulation in this area,” observes Aisola.

But why is implementation of UCPMP vital?

The incident of Micro Labs has brought the focus back on an inconvenient truth: drug firms offer freebies in cash and kind to physicians to incentivise them to prescribe ‘their drugs’.

“The idea is to ensure top-of-the-mind recall of their brands.

“The Indian market is price-controlled.

“Therefore, the differentiator here are the brands and this is common practice,” says a sales executive at a pharma firm.

He says these freebies, however, do not ensure doctors will prescribe their drugs.

It is simply a marketing strategy other sectors harness as well.

“Around 95 per cent of the items being gifted have a value less than Rs 500. It does not constitute a bribe.

“It is done to make the doctor remember a brand among the hundred others with a similar price point,” defends a pharma executive.

“Doctors are more for reputation-building exercises – for example, getting help to get their articles published in journals, or speaking at prestigious conferences.

“If a doctor is taking time out to attend a conference, he gets an advisory fee,” says another pharma executive.

Usually, reputed senior doctors or those with oratory skills are chosen as guest speakers, but companies often take a battery of doctors to these conferences.

In its defence, the industry says these are done as knowledge-building and knowledge-sharing exercises, but cases of doctors being gifted high-value items like laptops are not unheard of either.

Aisola says often doctors are made lead investigators in clinical trials, or made part of committees for which they earn a hefty fee.

Civil society organisations are hence rooting for a statutory UCPMP.

“The UCPMP is the subject of an apex court case.

“We have suggested the government mandate periodic disclosures of payments made by companies towards doctors and professional bodies, directly or indirectly via other parties, which should be accessible to the public.

“The disclosures should include the amount, purpose of expenditure, and the party paid,” adds Aisola.