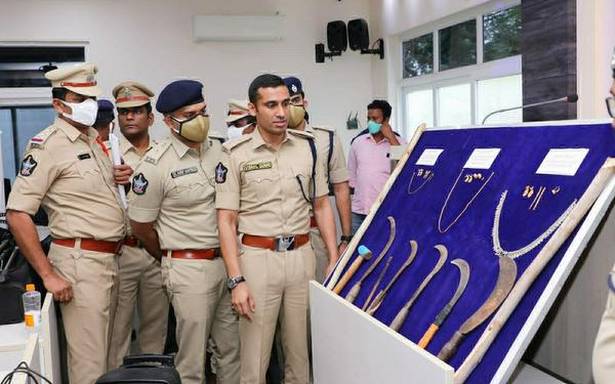 They were involved in gang-rape of a woman in September

A notorious inter-State nomadic gang involved in some major offences, including waylaying of couples and robbing and raping the women, has been busted by the Guntur Rural police.

The gang members were arrested by special teams led by Superintendent of Police, Guntur Rural, Vishal Gunni. They were found to be involved in the gang-rape of a woman at Medikonduru in September 2021.

The eight-member gang worked as agricultural labour and resorted to crime at night often targeting people in isolated areas.

“This is the handiwork of a gang that lives far away from human settlements. They move only on foot, waylay couples who travel on motorcycles, rob them and gang-rape women,” said Mr. Gunni.

In September, the gang targeted a man and his wife who were proceeding from Paladugu on Guntur-Sattenapalli road on a motorcycle. Perched on a tree top, the gang members pounced on the couple and hit them indiscriminately. They took away their gold ornaments and later, they raped the woman.

In December, the offenders attacked two motorcyclists in separate incidents at Lingaraopalem road. They attacked the victims with deadly weapons and robbed them of gold and cash, police said.