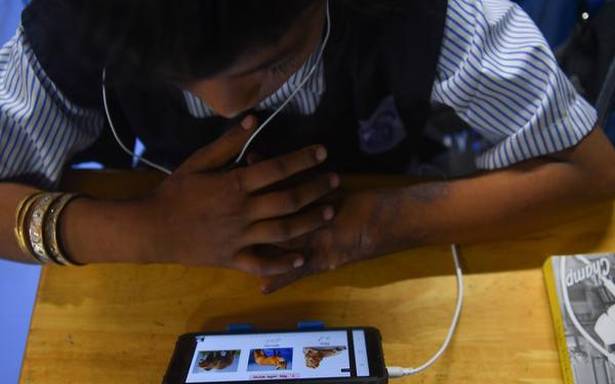 The Education Ministry has laid down new guidelines for producing digital education resources for children with disabilities, after a year in which the COVID-driven shift to online education has spotlighted the lacunae in such resources. However, the PDF document containing the guidelines does not even follow its own rules, making it partially inaccessible to the visually challenged, says an activist, raising concerns about effective implementation.

The guidelines, released by Education Minister Ramesh Pokhriyal Nishank on Tuesday, are based on four guiding principles, stipulating that all resources must be perceivable, operable, understandable and robust for disabled students. They recommend that all textbooks be made digitally accessible in a phased manner, so that they are available in multiple formats such as text, audio, video and sign language with turn-on and turn-off features. Detailed technical standards have been provided.

The closure of regular schools and learning centres due to COVID-19 has led to special difficulties for many disabled children. For instance, a recent study by the Vidhi Centre for Legal Policy showed that more than half of the NCERT textbooks available on the government’s virtual education platform DIKSHA were not accessible for visually impaired students.

The guidelines provide strategies to produce supplementary content for varying disabilities, including students who face visual and hearing challenges, those on the autism spectrum, those with intellectual or special learning disabilities, and those with multiple disabilities. They note that learning activities must include audio, visual and tactile experiences, while evaluation must be multimodal.

Ironically enough, while the guidelines call for the use of image descriptions wherever pictures are used in order to be accessible to visually challenged students using screen readers, this is not even followed by the guidelines document itself, according to Muralidharan, secretary, National Platform for the Rights of the Disabled.

“So much for a document that talks of e-accessibility,” he said. “As guidelines they are very comprehensive and cover all aspects … Concerns of each disability are identified and solutions worked around them. How far they would be implemented is something that we will have to see. The taste of the pudding will lie in its eating.”

The guidelines do include an implementation roadmap. The next steps are the nomination of an expert technical team to update the DIKSHA platform, followed by training and development of prototypes of the accessible digital textbooks.

Mr. Muralidharan pointed out that even basic mandates of the Rights of Persons with Disabilities Act, 2017 have not yet been implemented, four years later, including a provision that a survey of all schoolgoing children be conducted within two years to identify those with disabilities, ascertaining their special needs and the extent to which these are being met.