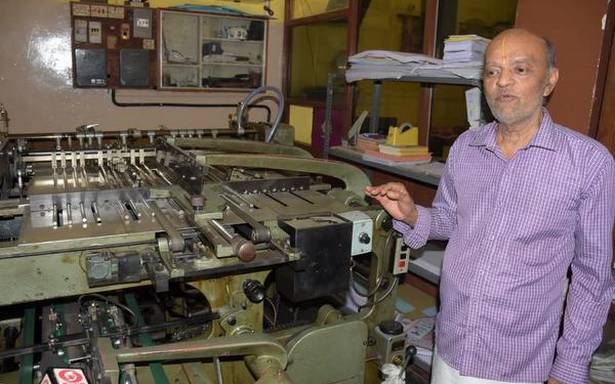 K.V. Sampath Kumar, 64, editor of Sudharma, reckoned to be the country’s and the world’s only Sanskrit daily, passed away in Mysuru on Wednesday afternoon following cardiac arrest.

He, along with his wife Vidushi K.S. Jayalakshmi, were awarded the Padma Shri in 2020 by the government in recognition of their untiring efforts to keep the publication alive against all odds

Sampath Kumar had taken over the mantle from his father Pandit K.N. Varadaraja Iyengar who had launched Sudharma in 1970, and ensured that the publication reached its readers. He worked as a reporter, proof-reader, editor and publisher.

In a bid to reach Sanskrit scholars and supporters across the world, Sampath Kumar launched an e-paper, and the newspaper went digital. The print edition had a subscribers base of nearly 4,000 readers, mostly from various Sanskrit universities and institutions across India, while the digital edition had a wider footprint.

Sampath Kumar is survived by his wife.