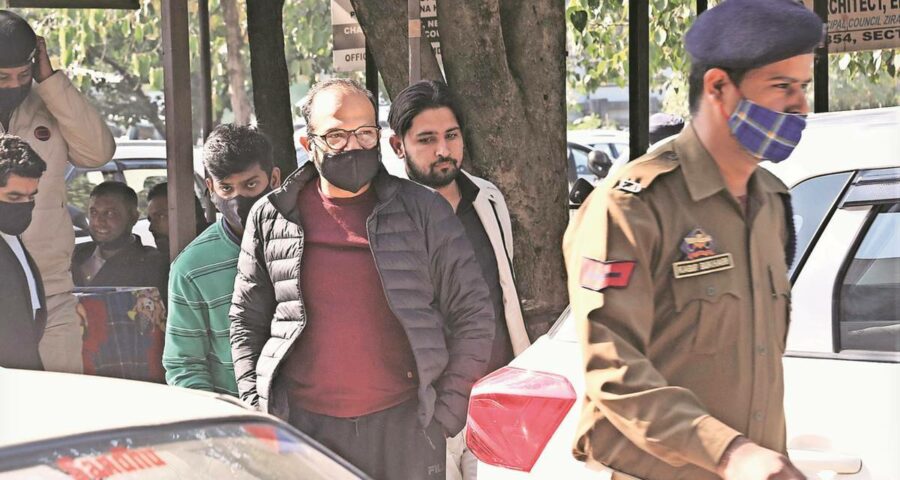 The searches resulted in seizure of documents related to property and foreign investment, mobile phones, laptops and and Indian and foreign currency worth Rs 14 lakh. In connection with its money laundering probe against the IREO group, the Enforcement Directorate (ED) on Monday carried out searches at several premises of the company, including the residence of vice-chairman and MD Lalit Goyal, and premises of three other companies, the agency said Tuesday.

An ED statement identified the other three companies as IDM Realty, Madeira Conbuild and Global Estate.

The searches resulted in seizure of documents related to property and foreign investment, mobile phones, laptops and and Indian and foreign currency worth Rs 14 lakh.

Last week, the ED had arrested Goyal after four days of questioning in connection with a case of money laundering registered by the agency on the basis of allegations that IREO swindled funds of home buyers and its investors.

In its statement after the arrest, the ED had also made a mention of The Indian Express investigations into the Pandora Papers, which revealed that Goyal had moved an estimated $77 million in the form of investments, shareholding and real estate, even as home buyers and investors ran from pillar to post for their money.

Goyal was detained at the IGI Airport on November 11, based on a look out circular opened against him while he was preparing to board an aircraft to go abroad.