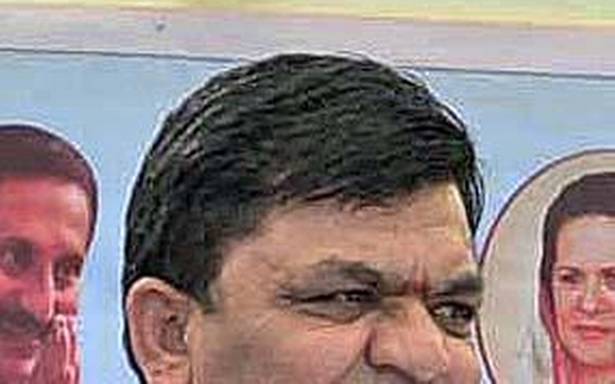 Former Union Minister Balaram Naik Porika has been disqualified by the Election Commission from contesting elections for a period of three years over allegedly failing to submit his election expense details as Congress candidate in the 2019 Lok Sabha polls.

Mr. Naik, who had served as a Minister of State in the UPA government, unsuccessfully contested the 2019 Lok Sabha election from Mahabubabad (ST) constituency in Telangana.

According to an order issued by the Election Commission on June 10, Mr. Naik has failed to submit the accounts though a showcause notice was also issued to him.

The EC’s order was published in the Telangana Gazette dated June 18, 2021.

“..on the basis of facts and available records, the Commission is satisfied that Shri Balaram Naik Porika has failed to lodge his accounts of election expenses and has no good reason or justification for the failure to do so,” the order said.

Mr. Naik has been disqualified from contesting elections to the Lok Sabha, Rajya Sabha, Legislative Assembly, Legislative Council, and Union Territory for a period of three years from the date of the order.

In a video message, Mr. Naik claimed he had submitted all papers with regard to his contest in the Lok Sabha elections. He also said he would send to the authorities concerned all relevant papers either through court or by requesting the election officials.