Draupadi has also been translated by post-colonial critic and theoretician Gayatri Chakravorty Spivak in 1981, introducing an entire set of readers in the West to Mahasweta Devi's powerful work. 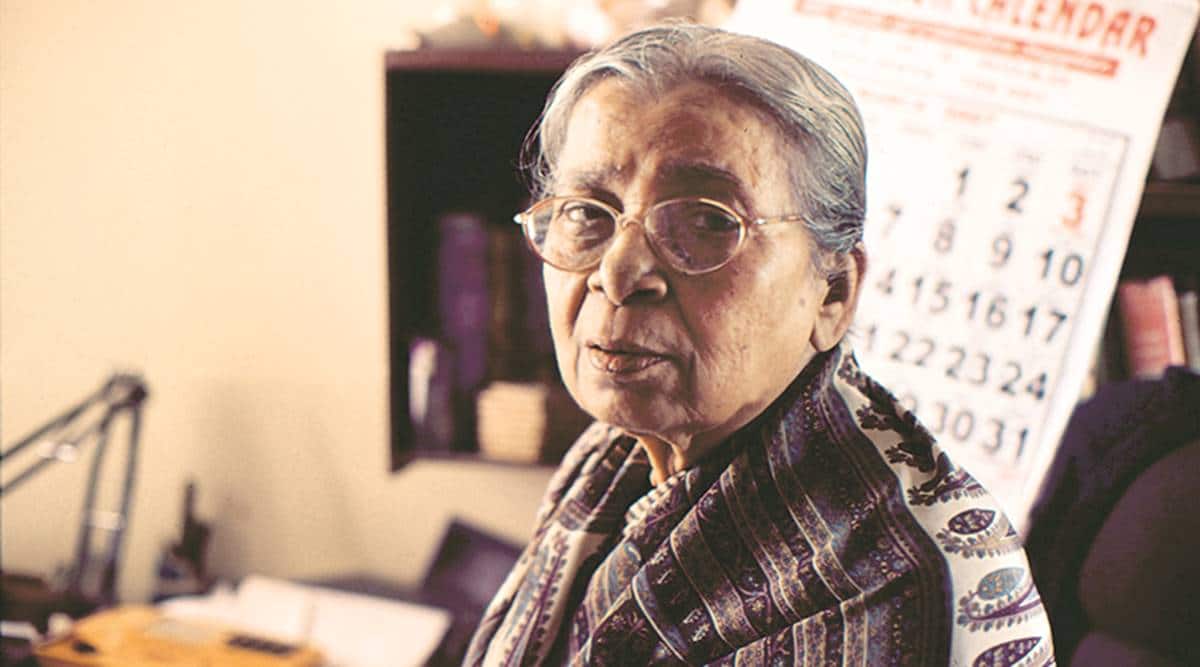 The Delhi University Academic Council recently dropped Bengali writer and activist Mahasweta Devi’s short story Draupadi along with two Dalit authors — Bama and Sukirtharini — from the BA (Hons) English course. The decision, taken while approving changes to the syllabus, has stirred a controversy with 15 Academic Council (AC) members submitting a dissent note against the Oversight Committee on courses and its functioning.

What is Mahasweta Devi’s short story all about?

To understand Draupadi, one must place the text in context of the writer and her other literary works.  Born on January 14, 1926, Devi has a staggering body of work including 100 novels and 20 short story collections. During her lifetime, the author voiced support for the marginalised and adivasis. Women have often been at the centre of her narrative, be it Hajar Churashir Ma, one of her best-known works on the Naxal movement, or Aranyer Adhikar and even Rudali.

Her short story Draupadi (1978) follows in the same vein. The story centres around Dopdi Mehjen, a tribal woman from the Santhal tribe of West Bengal, who is accused of being a Naxal and picked up by the police. Later, an officer instructs his men to gangrape her to extract information, after which they ask her to ‘cover up’. Draupadi, however, rips off her clothes and walks towards the officer, her nakedness a symbol of defiance.

Given the title of the story, it is evident that Devi drew from Mahabharata, positioning her character at the intersection of myth and reality. Dopdi Mehjen in her story is a modern presentation of the epic’s Draupadi. Devi reframes the vastraharan episode, and without embellishing it in any way, presents it as a gruesome act of bodily violation by men.

At the same time, Dopdi Mehjen can be viewed as a symbol of subaltern subjugation, her body representing the extent of violence exerted on them. Through the morbidity, Devi makes a larger point: women are the default casualty at any battle. They are always the first to be attacked. But Dopdi’s refusal to partake in the shame signaled her defiance to be a pawn in the monopoly that is patriarchy. With her tearing of her clothes, she resisted being viewed as an object, her nakedness assuming the potency of protest.

Draupadi was later translated from Bengali by post-colonial critic and theoretician Gayatri Chakravorty Spivak in 1981, introducing an entire set of readers in the West to Devi’s powerful work.

According to PTI, earlier, the Oversight Committee on courses had suggested some changes in the syllabus which were opposed in the meeting. Mithuraaj Dhusiya, an AC member, said, “We strongly protest against the overreach of the Oversight Committee which arbitrarily changed texts in the new undergraduate Learning Outcomes based Curriculum Framework (LOCF) syllabi of the fifth semester, bypassing the statutory bodies like Faculties, Committee of Courses and Standing Committee.”

He said two Dalit authors Bama and Sukirtharini were arbitrarily removed. “Then, Mahasweta Devi’s “Draupadi” – a story about a tribal woman was also removed. It is shocking to note that this Oversight Committee did not have any experts from the concerned departments whose syllabus was changed. There is no logic behind such removals,” Dhusiya said.