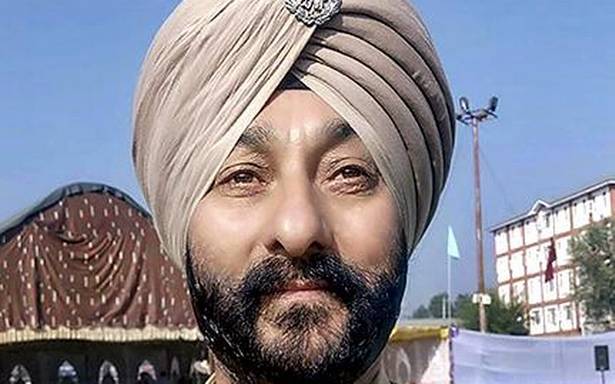 The police officer was arrested on January 11, 2020 in Kulgam when he was shifting a cop-turned-militant commander and his close associate in his car outside the Valley.

Deputy Superintendent of Police (DSP) Davinder Singh, who was arrested last year when he was ferrying a Hizbul Mujahideen commander and his associate in his vehicle, was dismissed by J&K Lieutenant Governor Manoj Singha under Article 311 on Thursday.

"L-G Sinha is satisfied after considering the facts and circumstances and on the basis of information available that the activities of DSP Singh, who was under suspension, warrant dismissal from the service," an order reads.

DSP Singh has been dismissed under sub-clause (c) of Article 311. "It is not expedient to hold an enquiry in the case," the order added.

The police officer was arrested on January 11, 2020 in Kulgam when he was shifting the cop-turned-militant commander of Hizb, Syed Naveed Mushtaq alias Naveed Babu, and his close associate, in his car outside the Valley.

Hizb’s Babu was the outfit’s second top commander after Riyaz Naikoo in Kashmir and was accused of being behind the killing of 11 truck drivers, including non-local labourers and apple traders, in south Kashmir after the Centre revoked J&K’s constitutional position on August 5, 2019.