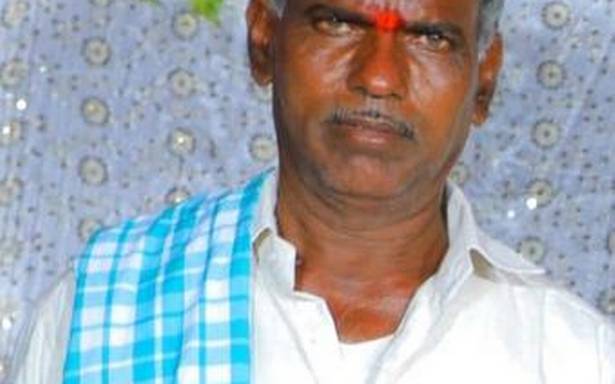 Death of a family member is an irreparable loss. And if two deaths happen in a gap of 10 days in addition to losing the very roof over their heads and their precious land, the tragedy turns manifold.

On Tuesday, Gupta Ramulu (47), a resident of Pallepahad village in the newly established Rehabilitation and Resettlement (R&R) Colony at Mutrajpally, passed away. He had suffered cardiac arrest. He is survived by wife, son and three daughters.

Ramulu had performed the marriage of his third daughter Bhagya with Arey Kanakaraju of Erravalli few years ago. The couple had a daughter and Bhagya is carrying now and in fourth month of her pregnancy. On August 22, Kanakaraju went to his native village to vacate his house. The village officials were demolishing houses then as the next day water was scheduled to be released into Mallannasagar reservoir by Irrigation department officials.

While Kanakaraju was standing near his house, a powerline snapped and hit him, causing him serious injury. He was immediately shifted to a private hospital in Hyderabad where breathed his last.

Exactly on the 11th day, his father-in-law Ramulu passed away unable to come to terms with the tragedy and worrying about the fate of Bhagya.

“My father had been staying with Bhagya at Hyderabad for the past few days since Kanakaraju died. He was worried about how she will survive and how her future will be. It weighed on him heavily and he passed away due to cardiac arrest. We got about ₹ 20 lakh by selling about 3.5 acres of our land to the government and spent about ₹ 12 lakh in performing the marriage of my last sister Bhagya. The government has not paid compensation for our house in about 500 yards and there was no proper response from officials. I do not know what to do now,” Ramakrishna, son of Ramulu told The Hindu.