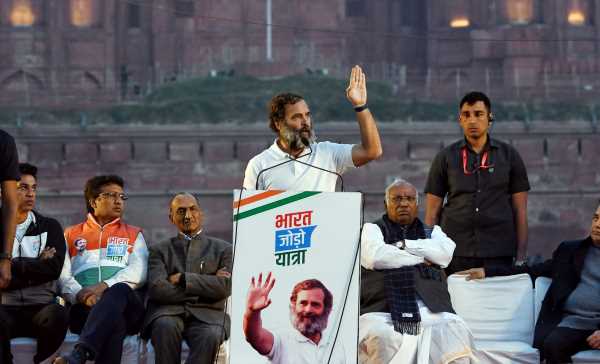 After Rahul’s Bharat Jodo Yatra began criss-crossing the Hindi heartland, BJP leaders have revived their attacks on ‘dynasty politics’ and ‘family rule’ in the Congress, points out N Sathiya Moorthy.

In southern Karnataka’s Vokkaliga-dominated Mandya, Union Home Minister Amit Shah, who is also the chief strategist of the ruling BJP in the state and at the Centre, hit out at ‘dynasty politics’ without naming former prime minister H D Deve Gowda and his ex-chief minister son H D Kumaraswamy.

The former was seated on the same dais. Maybe, he spoke before Deve Gowda had praised Shah, for his hard work and determined work to end corruption.

Both were possibly having their eyes on the state assembly elections that are due in the summer of 2023.

Shah was indicating that they would go it alone. Deve Gowda was possibly hinting at a willingness to tie-up with the BJP, but after what Shah said, both Gowda’s Janata Dal-Secular and the Congress hit back at him.

In neighbouring Tamil Nadu, launching the BJP’s campaign for the Lok Sabha polls which relatively are far away, in the summer of 2024, party president Jagat Prakash Nadda, too, talked about dynasty politics.

His immediate target was the ruling DMK in the state after chief minister M K Stalin inducted his actor-son Udhayanidhi into the cabinet some time earlier.

Of course, Nadda at least mentioned the national-level Congress rival, too, in the passing, what with Rahul Gandhi’s Bharat Jodo Yatra reportedly capturing the imagination of a section of the population up north.

That the Congress and the Nehru-Gandhi family remained a bee in the BJP’s bonnet after the party had been all-but-decimated in political and electoral terms in most parts of the country, with or without allies, is what now seems to be keeping the nation’s grand old party relevant, at least in the media.

Worse still, Prime Minister Narendra Modi, who claims great contributions to and achievements in nation-building and development, is unable to shed his own ‘Congress baggage’, though the frequency of such references has come down in recent months.

Yet, after Rahul’s Bharat Jodo Yatra began criss-crossing the Hindi heartland, BJP leaders, both national and local, and more so the party’s powerful and equally successful social media have all revived their customary attacks on ‘dynasty politics’ and ‘family rule’ in the Congress.

Some have sought to demean Rahul still as ‘Pappu’, but going by his public reaction this time round, he has shrugged it all off.

The question is if they have the same purchase as they had ahead of the epoch-making Elections 2014 or even later. 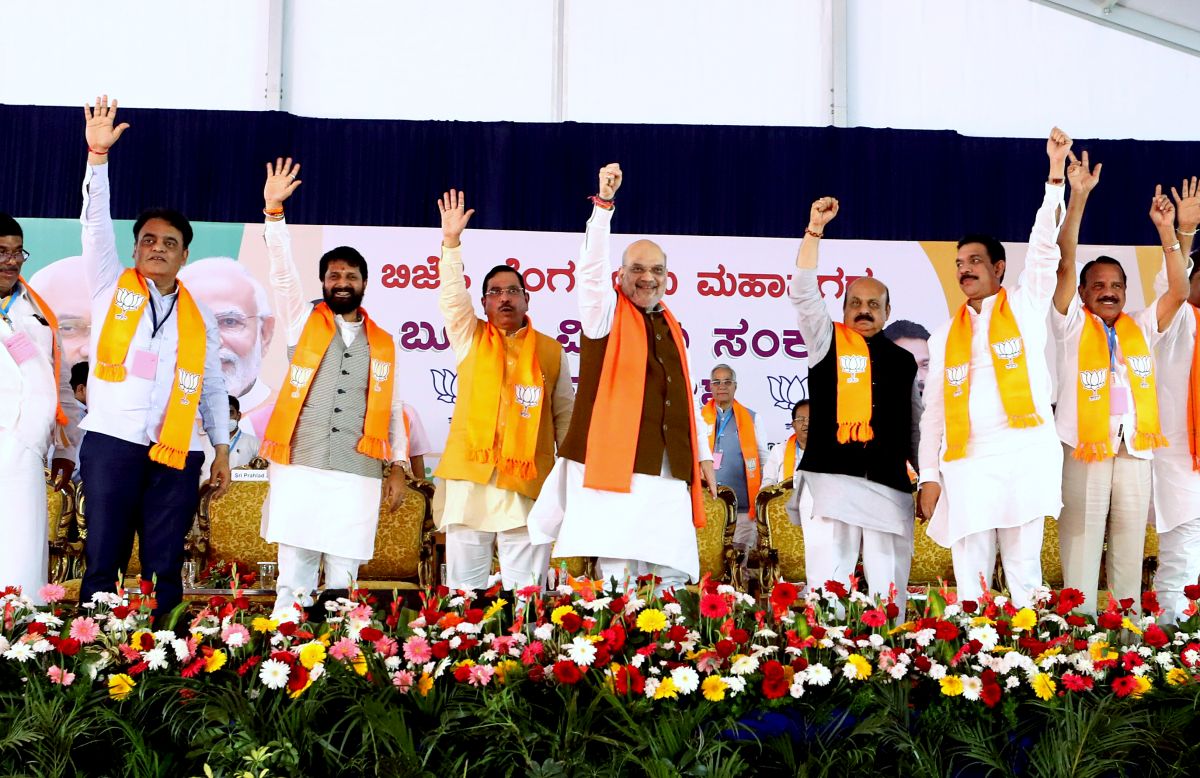 With singular exceptions, in almost every other state the BJP has ready targets from the Congress as also dominant regional parties on the dynasty front.

Invariably, those regional parties are also the dominant force in individual states.

Suffice is to point out that even in Trinamool-ruled West Bengal where Chief Minister Mamata Banerjee is a spinster, they could lay some mud on her nephew that could stick. Abhishek Banerjee is a Lok Sabha member and heads the youth wing. Less said about the rest the better.

Yet, the BJP has its own dynasties, often borrowed from other parties starting with the Congress.

In Karnataka, where Amit Shah talked about dynasty politics of the Deve Gowda clan without naming them, BJP Chief Minister Basavaraj Bommai is a son of another former chief minister S R Bommai, who was a Socialist and anti-BJP/anti-RSS to the core.

That cannot be said of Jay Shah, Amit Shah’s son, whose name kept propping up in the media for all the wrong reasons, in between.

Then, there are other BJP leaders in the state and at the national level, whose children are now in politics more because they were born to powerful fathers in the party.

Sons of Defence Minister Rajnath Singh (Pankaj Singh), the late Jaswant Singh (Manvendra Singh, who is now in the Congress), and politically estranged Yashwant Sinha (Jayant Sinha) are only three among the many in the BJP who have made it somewhere in politics and party hierarchy only because of their surnames.

You don’t even have to scratch the skin to know the political legacy of Jyotiradidya Scindia and Jitin Prasada, respectively the sons of late Congress veterans Madhavrao Scindia and Jitendra Prasada.

The party’s Assam chief minister Himanta Biswa Sarma came from the Congress, owing to internal differences, not any ideological make-over, and he acts more Hindutva than the native.

With just two members in the assembly, the BJP is a junior member in the Meghalaya government of Chief Minister Conrad Sangma, a Congressman from the days of his late father P A Sangma.

The list is endless. Even in Dravidian Tamil Nadu, the late Union minister P Rangarajan Kumaramangalam from the Vajpayee era was the son of Mohan Kumaramangalam, considered the ideological touch-stone of Indira Gandhi.

In the Vajpayee era, again, the story of the late Sukh Ram, who was communications minister under P V Narasimha Rao (1991-1996), makes fascinating reading.

The BJP under the Vajpayee-Advani leadership stalled Parliament for sessions together, demanding his resignation for alleged corruption.

Once out of the Congress, Sukh Ram became ‘clean’ and the BJP tied up with his Himachal Vikas Party in a future election.

Later, his son Anil Sharma and the latter’s son Ashray Sharma, were in the BJP for a while, with the former being a minister in the hilly state for a time. 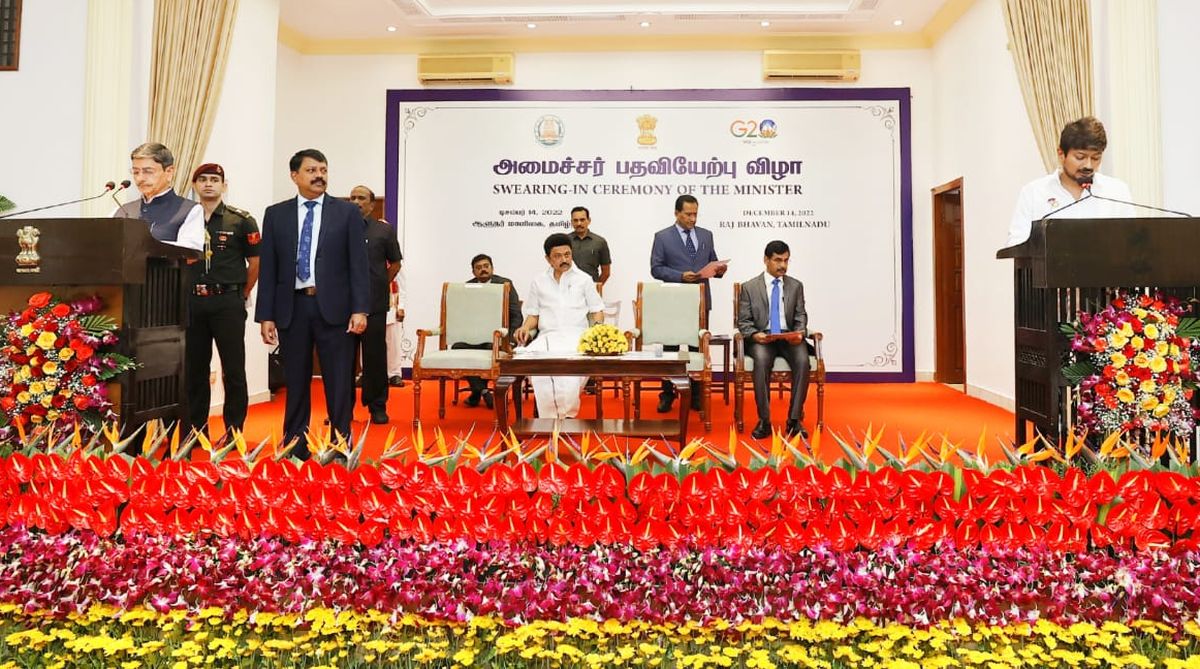 A close look at the pattern would show that the so-called dynastic leaders, corrupt politicians and defectors all get away as long as they are on the right side of the political spectrum as viewed by the voter at a given point in time.

Does it mean that dynasties, corruption and defection are not the real issues and there is something beyond all this?

Answering a question at a news conference during his Bharat Jodo Yatra in Delhi, Rahul Gandhi said it was for Congress President Mallikarjun Kharge to decide if his cousin Feroze Varun Gandhi wanted to join the party.

Varun was an infant when mother Maneka Gandhi left the Indira Gandhi household and join the BJP later.

Varun Gandhi is the BJP Lok Sabha member from Pilbhit, Uttar Pradesh, earlier held by his mother, and long ago by great-grandfather, Jawaharlal Nehru.

Though not getting his due in media space, he has been critical of the BJP’s Hindutva ways for quite some time.

Though Varun’s next moves are not known, someone in the BJP is sure to see a ‘Nehru-Gandhi’ streak in him if he wants to join the Congress and is given admittance.

This is because Rahul Gandhi was unconvincing when he said there was a ‘problem’ about his cousin joining the Bharat Jodo Yatra as he was still in the BJP.

In the normal course, a Varun Gandhi joining the Bharat Jodo Yatra would have been seen as the last nail in his BJP relations, but not to Rahul! 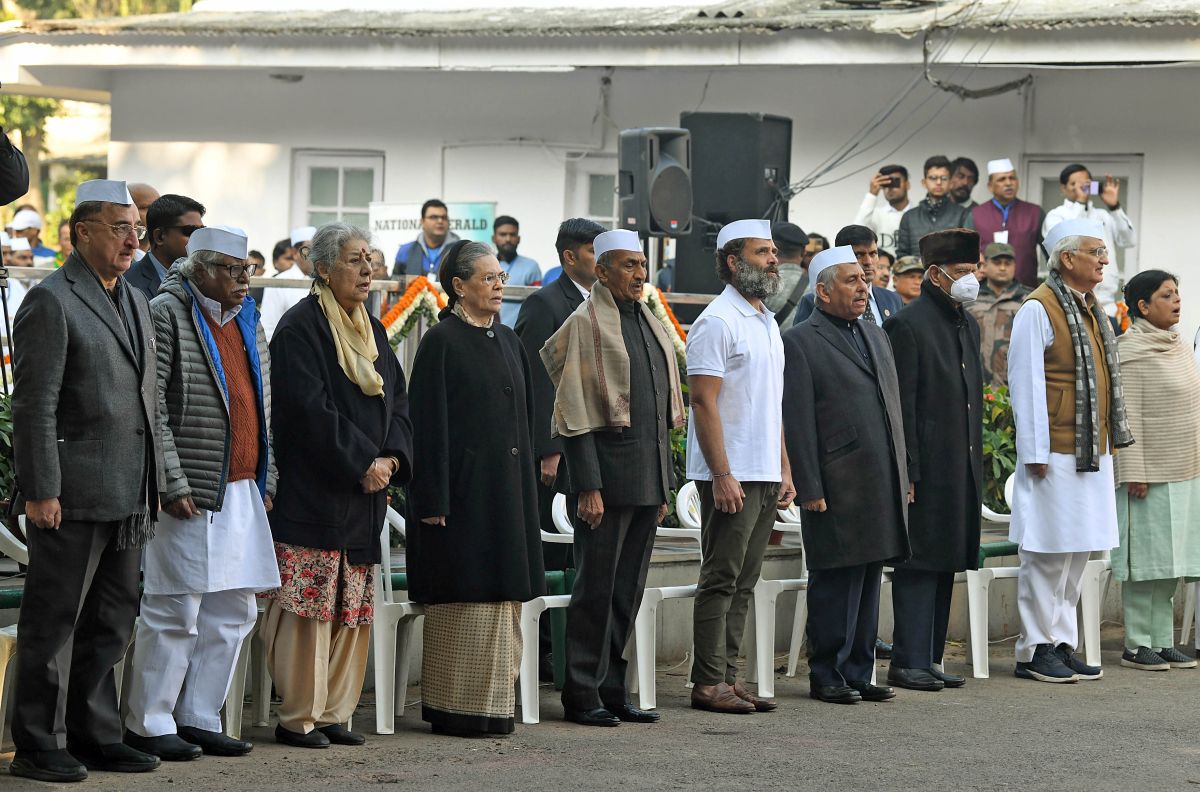 In between, Congress veteran Kamal Nath stirred the pot by naming Rahul Gandhi as the Opposition’s prime ministerial candidate in 2024.

Tactically, Rahul has not measured up to Modi’s public image and standing for voter comparison. But then, the Shiv Sena’s Sanjay Raut is already talking about ‘Rahul aura’. If it stays, then the aura could shift the power balance, according to Raut.

UP’s Akhilesh Yadav and Mayawati, who were lukewarm to the Rahul team’s invite to join the Bharat Jodo Yatra when it traversed the state, have since congratulated him, but without indicating if they would join in.

Either they are unsure of the unfolding poll scenario elsewhere, or of their own cadre-mood in the matter, or both.

Yet, strategically, with multiple prime ministerial aspirants in Mamata Banerjee, K Chandrashekar Rao and Arvind Kejriwal around, Kamal Nath is not going to make much headway.

For now, Bihar’s Nitish Kumar has sort of endorsed Rahul for prime minister, but then he will also have to go around convincing the rest of them all — that too after Sharad Pawar had tried his hand at an Opposition alliance some time ago, and failed.

Keeping the focus low on Nitish Kumar, the BJP chose state party veteran Sushil Modi to point out how the chief minister’s earlier call for Opposition unity had no takers.

Whatever that be, according to insider inputs, for the average Congress worker, wherever he is still there, Rahul Gandhi breaking his past mould and rubbing shoulders with them is a good beginning.

They are not sure if it was too little, too late, and are willing to wait.

Time was when Rahul Gandhi reportedly saw them all as political theatre, but now seems to have acknowledged them as ‘learning experience’, instead!