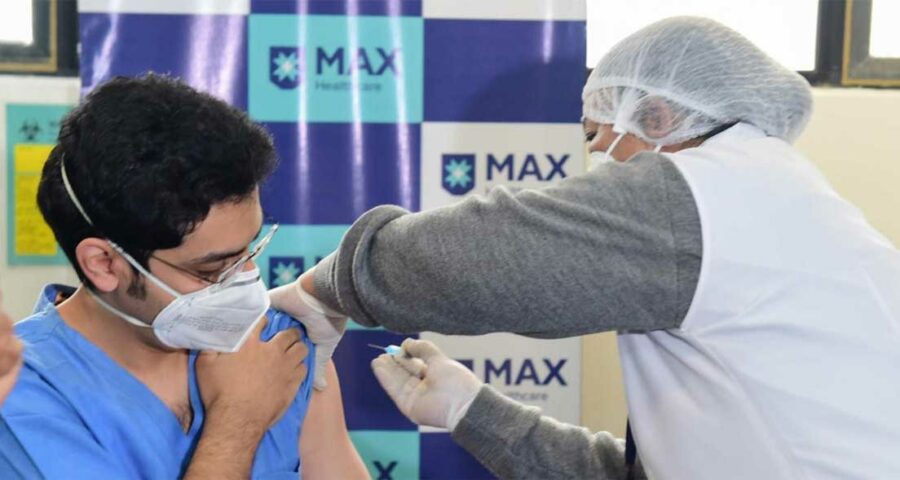 ‘The protective effect of the vaccine lasts for about nine months to a year.’
‘For health workers that period is already over. This is the right time to augment their immunity.’

The Indian Medical Association wants the government to consider allowing a fourth booster shot for doctors and other frontline health workers to protect them from any impending Covid surge in the country.

IMA President Dr J A Jayalal told Business Standard that doctors have had a bitter experience in the past Covid wave and it was prudent to give a fourth shot to those who have already had the precaution dose.

“The protective effect of the vaccine lasts for about nine months to a year. For health workers that period is already over. This is the right time to augment their immunity,” Dr Jayalal said.

The government has not indicated any such plan yet.

The IMA president also said that while there was no urgency to provide the booster shot for the general public, the government could consider it for people with comorbidities.

Those above 60 should take their precaution dose — a third shot after the 2-dose primary regimen. However, Dr Arora felt there was no need for a second booster.

“There is no need for a second booster dose. Even if it is one year after the last dose, it’s okay. People have hybrid immunity — 97 per cent of the population has been covered by primary vaccination, and around 90-95 per cent has had the infection,” Dr Arora added.

Some doctors, however, feel that if the last dose was taken by an individual more than a year ago, people should now go for another shot now.

It is learnt, however, that medical professionals have started taking a fourth booster on their own, even though it has not been officially allowed by the government.

“In a hospital set-up, a doctor is exposed to much higher viral load and therefore the vaccine would definitely help mitigate the effects of the disease if one were to be infected while dealing with patients. This is why many doctors are inoculating themselves,” said a doctor who did not wish to be named.

Even for the more vulnerable 60-plus age group, government data shows only 40 per cent coverage.

The government has been urging people to get vaccinated following a spike in Covid cases in some countries. There has been a surge in the demand for vaccination following government’s advisories.

While 10 countries account for over 80 per cent of the total cases being reported globally, India’s share is 0.03 per cent, with Covid cases at an all-time low, according to health ministry data.