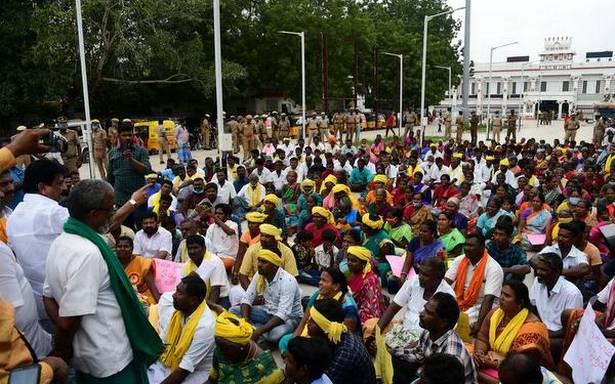 Leaders of de-notified communities have warned of serious backlash if the State government unilaterally announced exclusive reservation for Vanniyars among the Most Backward Communities.

A few hundred members belonging to many of the 68 DNCs staged an impromptu agitation on Madurai railway junction premises demanding to declare them as de-notified tribes. “We do not want two certificates – DNCs for State government and De-notified Tribes for the Centre,” he said.

Speaking to reporters, Mr. Kathiravan said just because PMK is an alliance partner of the All India Anna Dravida Munnetra Kazhagam, the State government should not take a unilateral decision. “If Vanniyars, who are part of MBC, are given exclusive reservation [He claimed the government was examining giving 15% reservation] , then DNCs will be left with only 5% reservation,” he said. Those communities who vehemently opposed the British regime were declared notified communities and were subjected to repressive measures.

“We cannot give up our rights. We are ready to sacrifice our lives to uphold them,” he added. DNC leaders P. Ayyakannu and B. Thavamani Devi were among those who took part in the protest.