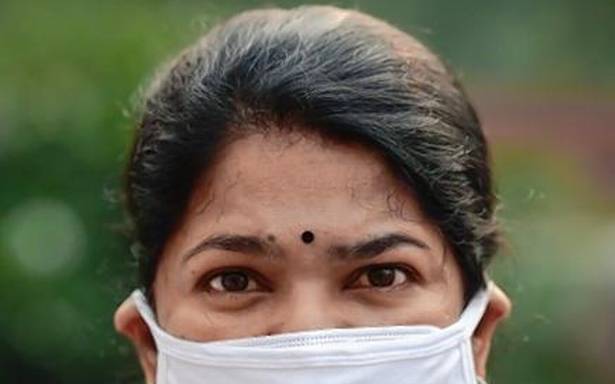 Tamil Nadu Chief Minister M. K. Stalin is reaching out to Chief Ministers of non-BJP states to stop the Centre’s alleged interference in admissions to medical colleges set up by state governments.

Amid stiff opposition to NEET in Tamil Nadu, the ruling DMK’s deputy leader in Parliament Kanimozhi met Odisha Chief Minister Naveen Patnaik on Wednesday, apparently to seek his support to stop the Centre’s alleged interference in admissions to medical colleges set up by state governments.

Ms. Kanimozhi was in Odisha as part of Tamil Nadu Chief Minister M. K. Stalin’s outreach to chief ministers of non-BJP states on the issue.

In his Letter, the Tamil Nadu Chief Minister drew the attention of Mr. Patnaik to the problems faced by students in clearing NEET (undergraduate) examination and also stressed on the need to make the examinations inclusive, the statement said.

Several candidates appearing for NEET have ended their lives in Tamil Nadu over the years due failure to clear the nationwide entrance examination, prompting the state assembly to pass a bill to dispense with NEET and allow admission on the basis of class 12 marks to ensure "social justice".

While a delegation of DMK MPs met Andhra Pradesh Chief Minister Y. S. Jagan Mohan Reddy on Monday, Ms.Kanimozhi was sent to meet Mr.Patnaik, who had earlier raised the issue with the Centre and stressed the importance of making national examinations inclusive, including those for admission to the IITs and those that are conducted by the UPSC.

There was no official word on whether the two leaders discussed politics.